Apple is widely rumored to be ditching its 3.5mm headphone jack connector for the iPhone 7 — in the process doing away with its long-standing white EarPods for a next generation set of either wireless or Lightning ones.

To get a glimpse of what that might look like, one concept artist/prankster recently created a mocked-up an Apple ad for what these easily-losable EarPods could look like.

If you thought it was easy to lose your existing earphones, you’ve not seen anything yet. Check out the pictures below: 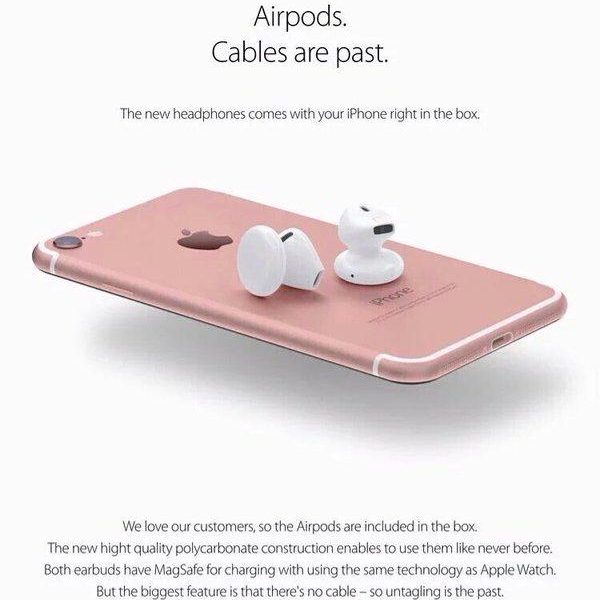 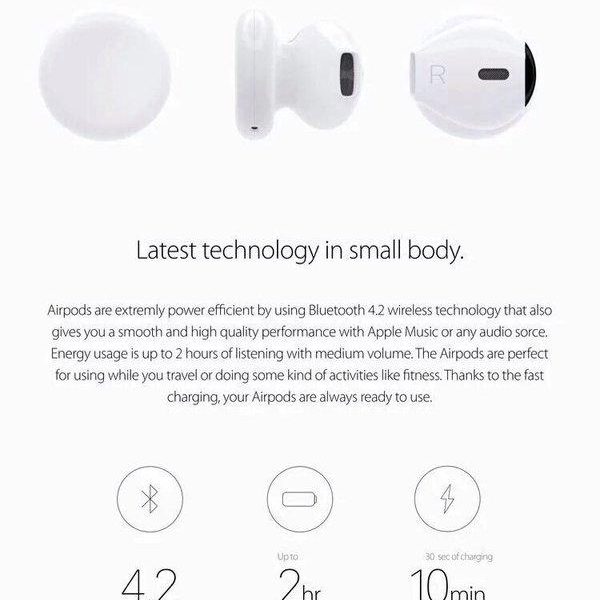 As it happens, this fake ad (check out the numerous spelling and grammatical errors if you’re in any doubt!) isn’t the first glimpse we’ve had of what Apple’s non-3.5mm jack EarPods may look like. Last month, some images appeared on Chinese social network Weibo, which — unlike these EarPods — may actually turn out to be real.

In terms of evidence that Apple will kill the headphone jack, we’ve seen various leaks — such as an alleged iPhone 7 video which appears to back up the 3.5mm jack theory while also suggesting that Apple will add stereo speakers to the bottom of its next iPhone release.

What would you like to see Apple do with its next-gen EarPods? Leave your comments below.