Three weeks ago Trump called for a boycott of all Apple products because the company has refused to comply with a federal order to unlock the San Bernardino shooter’s iPhone 5c, but it looks like his love for iPhone ultimately won.

This morning, Trump unleashed a flurry of tweets. Only instead of going with an Android, his itsy-bitsy hands embraced the iPhone once again:

Thumbs up for bad hats 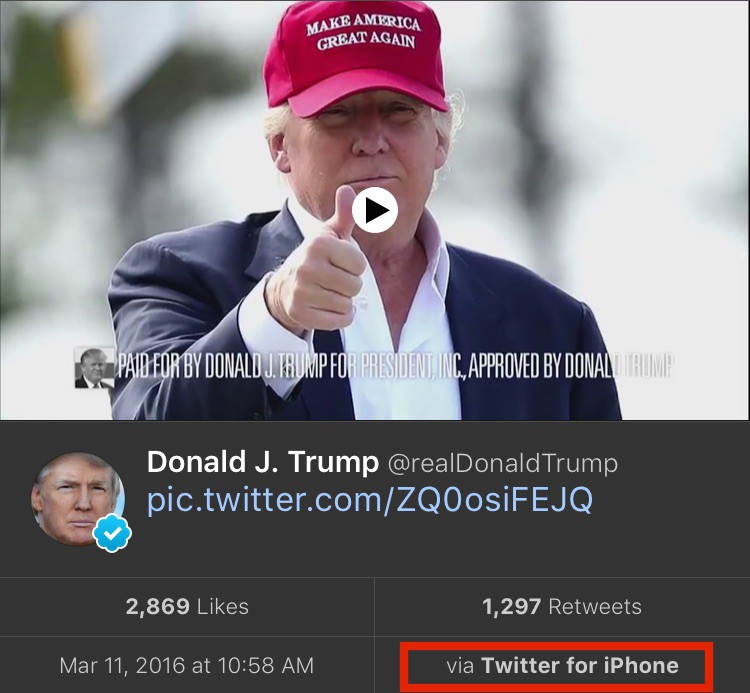 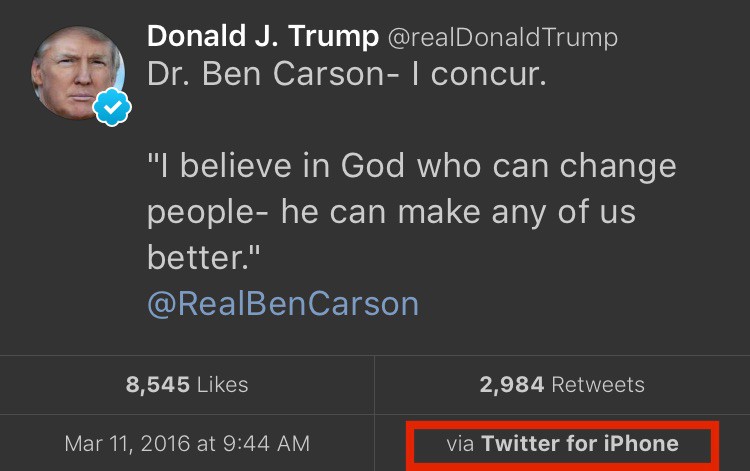 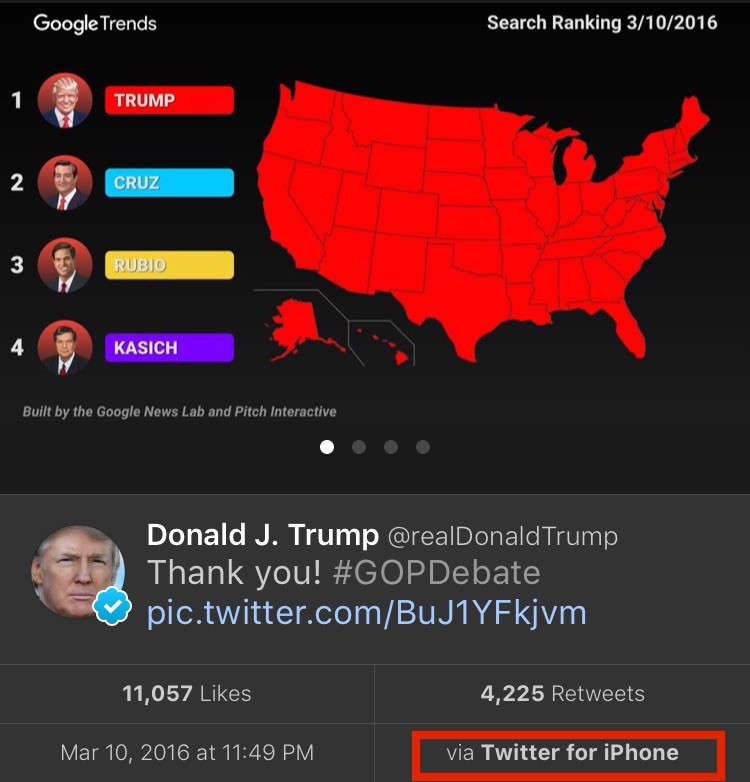 Trump was the first candidate in the 2016 race to chastise Apple for its refusal to unlock the iPhone of dead terrorist Syed Rizwan Farook, after Tim Cook posted a public letter saying such an act would create a backdoor into the iPhone that could be exploited by good guys and bad guys alike. The other remaining candidates have since taken the FBI’s side as well, but Trump has been quiet on his boycott demands for weeks.