The photos show that Apple is taking its regular security measures by covering the windows in order to keep the work inside a secret, ahead of the grand opening later in 2016. 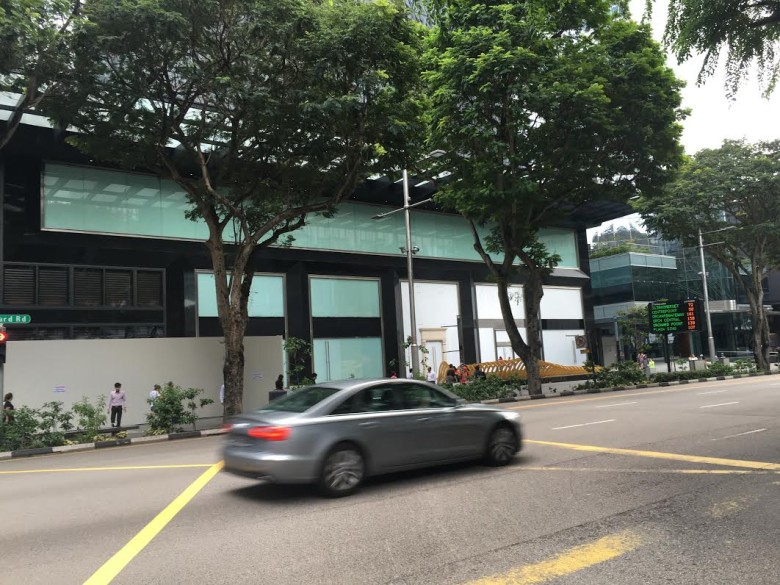 Located on Orchard Road, in Singapore’s upscale retail building Knightsbridge, the building was vacated in December, and was previously used as the home for a Pure Fitness gym. Other nearby stores include Tommy Hilfiger and TANGS.

Despite the lack of overt Apple iconography on the site, Apple has confirmed that it will be opening its first retail store in Singapore.

“We have more than 900 incredible employees working in our Singapore contact center and are thrilled to begin hiring the team that will open our first Apple Store in Singapore — an incredible international city and shopping destination,” Apple retail guru Angela Ahrendts said in a statement last year. “We can’t wait to deliver the service, education and entertainment that is loved by Apple customers around the world.”

The debut Singapore store is said to be powered by renewable energy, possibly provided by solar power. If true, this would make it the first company in Singapore to be run on clean fuel. Apple has also posted job vacancies on its website, including business manager, business specialist, and Apple Store leader.