LAS VEGAS — Who says everything at CES is rubbish?

Well, yeah, there’s a lot crap, but that’s why we’re here — to rummage through the rubbish and find the best stuff.

And we found plenty: smart footballs and running shorts that improve your game and gait; a coffee mug that instantly cools coffee that’s too hot; and a speaker system that uses all the iPhones in a room to create a distributed, shared sound system that sounds better than you’d imagine.

I gotta admit, I had low expectations for AmpMe’s distributed speaker system.

The system revolves around a free app that connects a roomful of smartphones and tablets to create a ‘distributed’ speaker that plays simultaneously from all the devices. The company claims it’s great for picnics and parties, but I expected it to sound tinny and awful.

But at a sound-dampening booth here at CES, it sounded surprisingly good. I was genuinely amazed. Streaming from five iPhones, an iPad mini and an iPad Pro (which has pretty good speakers), the music sounded equivalent to, say, a small bookshelf speaker or a big Bluetooth speaker. It was no Sonos Play 5, but it definitely sounded better than I was expecting.

The app is free and easy to use. Everyone down loads the app; the ‘host’ sends a code; and the music plays from all the connected devices. It uses ultrasonic sound to stream between them, so no Bluetooth or WiFi is required.

Best is that it creates a social experience, says AmpMe CEO Martin-Luc Archambault, who is famous in Quebec for being one of the ‘sharks” on Canada’s Shark Tank (called Dragon’s Den). Once a couple of people get it working at a party, everyone else wants to join in. “No one wants to be left out,” he says. It’s quite something, he says, to walk around a party and the music is coming from everyones’ phones. “It’s not so much that it sounds loud, it joins everyone together,” he says. “It’s like a portable Sonos.”

The AmpMe app is free for now. Archambault is hoping it’ll become popular and he can think about money later. AmpMe is available from the App Store. I’ve already downloaded it. Now I just need some friends. 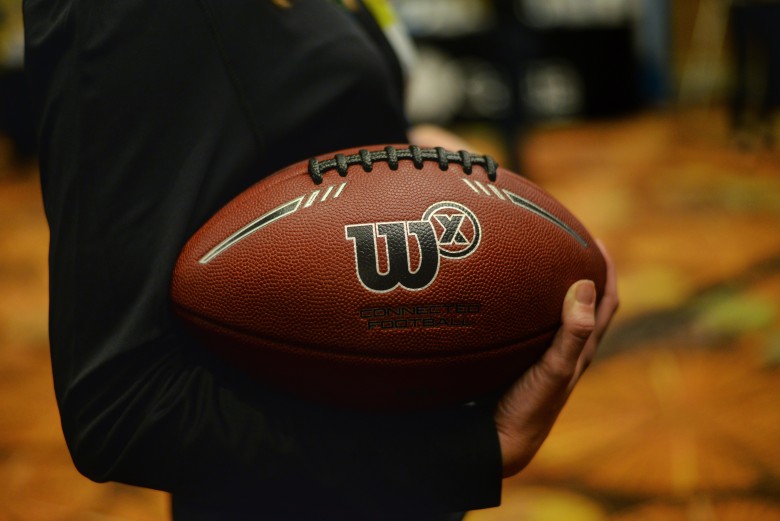 Wilson, the official football supplier of the NFL, is finally getting into the connected sports equipment market with a new pig skin that brings a virtual quarterback coach to your backyard.

The Wilson X Connected Football comes packed with sensors that measure a number of stats: Throw velocity, flight time, spin rate, and spiral efficiency. These measurements can all be viewed in real-time with the accompanying iPhone app.

Along with spitting out stats on whether your spirals are reaching Tom Brady levels of greatness, the Connected Football brings gamification to the field too. You can compete with your friends head-to-head in games Red Zone, GameDay, and Elimination. Best of all, the football is so power efficient you never have to recharge it. There’s no price yet, but Wilson says it’ll hit stores in time for football season 2016 (aka Fall). 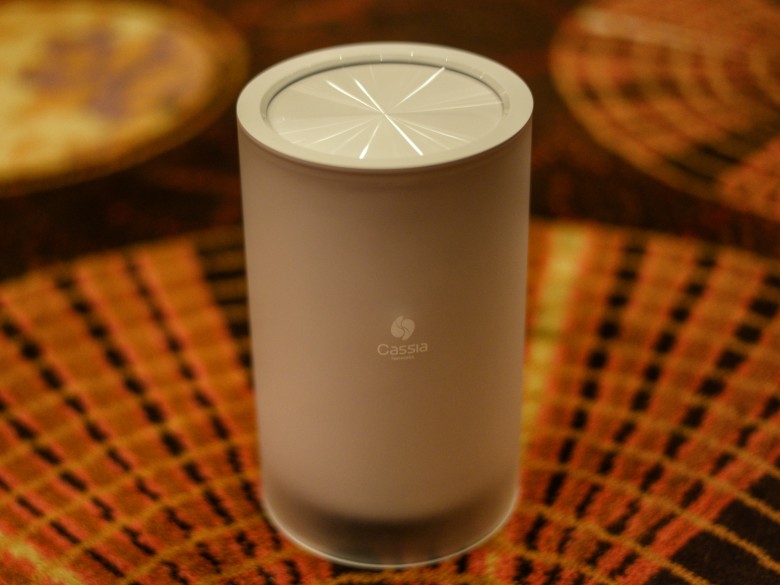 Smart devices are a everywhere at CES this year. Pretty much all of them use Bluetooth to connect to your iPhone or iPad, which is great for speed and energy efficiency, but bad if you want all the devices in your house to be able to talk to each other.

The Cassia Hub solves the problem by allowing up to 22 devices to connect to a single “router.” That way your smart lights, smart doorlock, smart thermostat, and smart garage door are all on the same connection. The $99 hub boosts the Bluetooth range to 250ft on average but can reach up to 1,000 feet in open air environments.

Cassia already launched the Bluetooth Hub last year in China, but it’s finally making its way to the U.S. in March. The hub is available for preorder from Cassia’s site at a 20% discount.

Lumo’s new “smart garments,” launched here at CES, will improve your running through state-of-the-art sensors and conductive fabric that’ll help you improve cadence, stride and foot strike, among other metrics.

“It’s like having your own personal coach running with you,” said a Lumo spokeswoman at the show.

Giving feedback via an accompanying app, the system will also help with injuries. According to Lumo, the most common running injury — “runner’s knee” — is often caused by bad hip movement. This, and other risky running habits, can be coached away via the waterproof sensors, which are built into the waistband of the pants. They will be available as shorts for men ($149) and capris for women ($169) at the end of March.

I spent a good half hour here at CES playing with Lego’s new WeDo 2.0 robotics package, a super fun set of Lego Education kits for teaching science to fourth and fifth graders.

Based around a Bluetooth-connected motor, plus motion and tilt sensors, the kits teach ideas like friction, weight, mass, programming and engineering through a series of building projects. A robot tractor that drags objects across a tabletop, for example, helps kids learn about weight and friction. More info here.

The robots are programmed through a simple programming interface running on an iPad (which is also Mac/PC/Android compatible). The programming language helps kids assemble commands as a series of, what else, blocks. It’s concrete and tactile, and lots of fun. Lego Education has developed a curriculum with more than 40 hours of lessons that cost of about $2,000 per classroom. 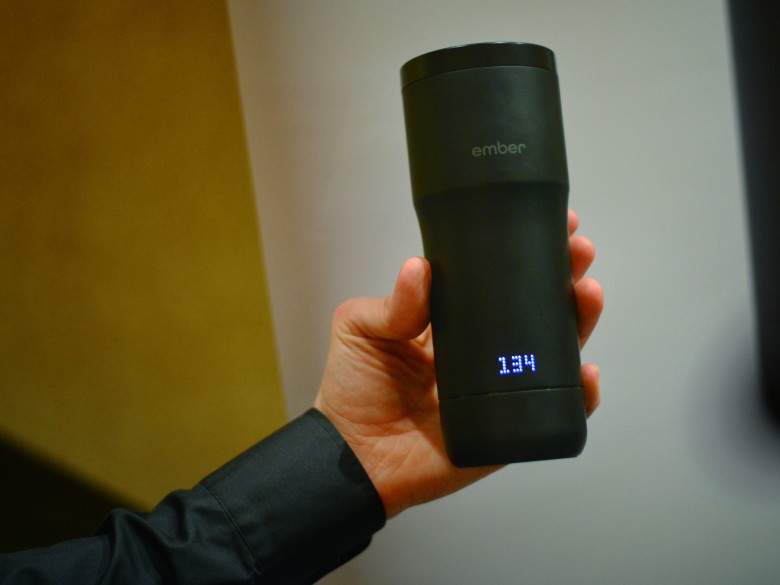 The Ember temperature adjustable mug uses patented cooling and heating tech. To adjust the temperature, drinkers simply rotate the dial at the bottom of the mug. You can also use the iOS app to change the temperature on the fly. Ember is set to ship this April with a $129 pricetag. It’s available for preorder from the company’s site.