It’s a little late to the party, but three betas in Apple released the News app it announced at WWDC 2015. Soon to be on every iPhone and iPad running iOS 9, News lets users customize the topics that are most important to them, then browse and read distraction-free news articles.

If you’re not running iOS 9 beta 3 or in a supported country like the U.S., fear not, we have the full tour. 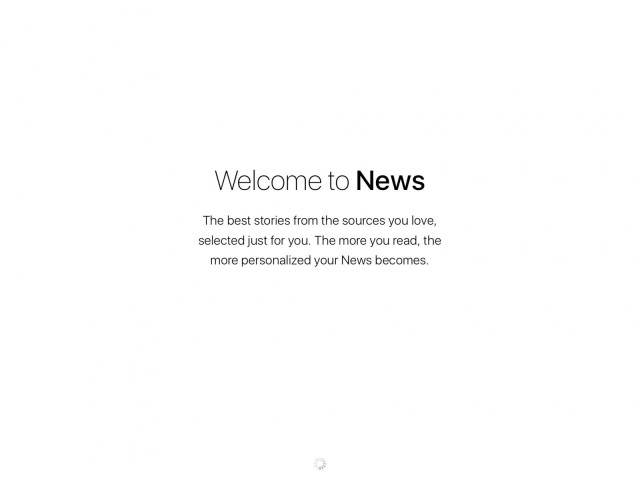 Apple gives you a brief introduction to start. It explains that you pick the sources for your news. After continued reading and favoriting articles, News will continue to get smarter about your interests.

Sources come in two forms: individual news channels or general topics. For instance, you can add the Cult of Mac news channel as a source and the entire Apple topic.

Apple requires you to pick at least three sources upon opening the app for the first time, but you can customize your favorites later on. 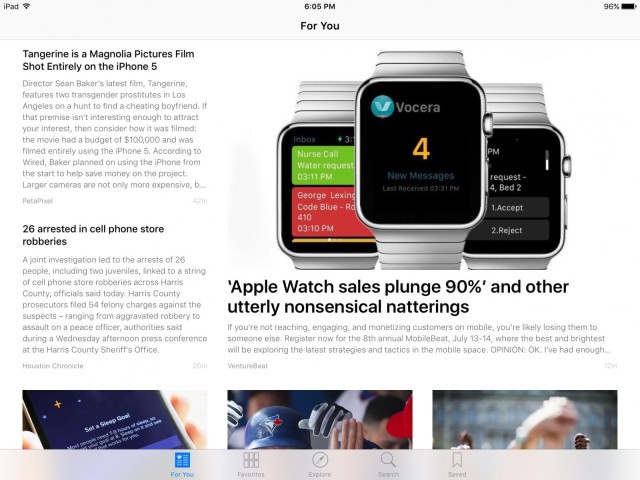 Right off the bat, you land in the For You tab of the News app. This is where, regardless of the sources you picked, Apple will try to recommend stuff you may want to read. Yes, it’s largely based off of your sources, but many of the recommendations come from publications outside of the ones you chose.

This is either hit or miss so far. For some reason, two of the largest news stories in my For You tab on my iPad were from ESPN. Not only did I add absolutely nothing related to sports to my favorite sources, I don’t think I’ve ever watched a full game on television in my entire life. Sorry to let you down, America.

The rest of the stories were either about technology or Apple – that’s more in the ball park. 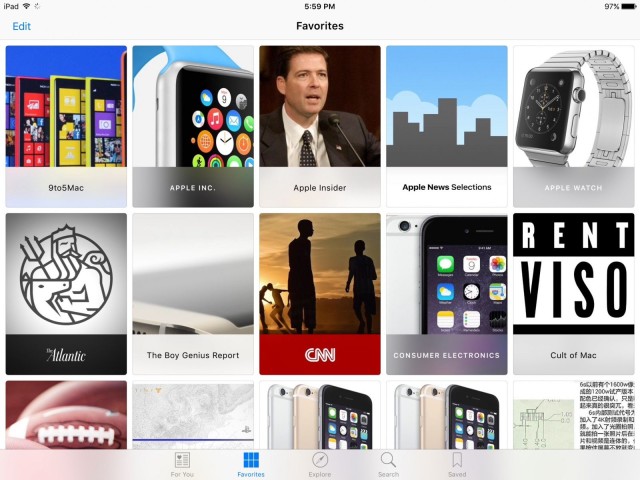 When you’re done sifting through Apple’s apathetic recommendations, try heading over to your Favorites tab where it’s far more likely you’ll find something that piques your interest.

Here you can pick either a topic or a news channel to open up a magazine with articles sorted in reverse chronological order like with the For You tab. It’s pretty similar to Flipboard or Zite.

You’ll see that some news outlets already decked out their publication within Apple News, complete with their logos and own color schemes. CNN, The Atlantic, Wired and Time are among the few that were feature-complete out of the gate. Over time, more publishers will undoubtedly take advantage of the customization options. 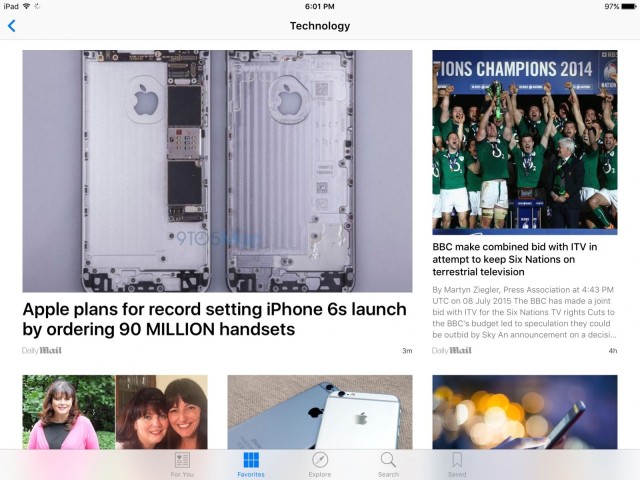 Tap any articleto get a distraction-free view. No ads, no sidebars – nothing but the article content itself. No, the News app doesn’t summarize news for you, you’re getting the full article. Depending on the source, some article content gets cut off by a “Continue reading” link, but small issues like this should be patched up in time for public release. 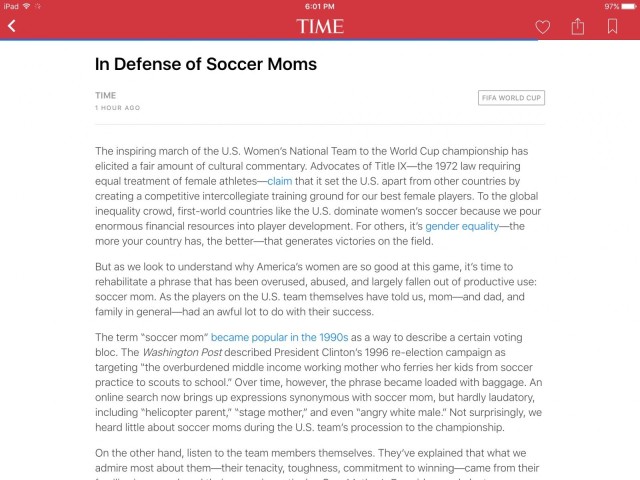 Another example is the striking lack of photos throughout Apple News. It seems like an RSS feed issue that should again receive a fix soon.

The reading view is perfectly adequate, though it could use a night mode or adjustments similar to those in iBooks (font, brightness, etc.)

You can “love” an article by tapping the heart. This doesn’t do anything except let Apple know that you liked the article, and from there Apple News will get smarter with your recommendations in the future. You can also share the article on various social networks or open a link in Safari. Finally, you can bookmark an article and revisit it at any time in the Saved tab. 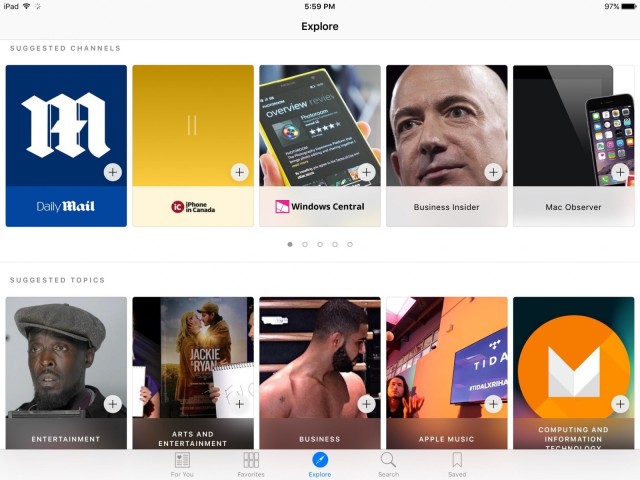 Don’t get bored with the News app, it has a lot too offer. Over in the Explore tab, you can continue to add new sources in the form of channels or topics. They save to your Favorites and influence what Apple recommends in For You.

You can search through the app as well, but searching unfortunately doesn’t include articles themselves – just channels and topics to add.

If you have News enabled in iCloud settings, all of your sources and recommendations will sync over iCloud to all of your devices so nothing is out of whack anywhere.

Apple’s News app is quite acceptable. It does need a little more paint here and there once more publishers get on board with customization, though the list of sources to add is far from lacking. Apple needs a small can of bug spray too, but it’s still in beta. Hopefully the news on every Home screen will encourage people who don’t normally read news to keep up with what’s going on in the world.