Yes, there is a vacuum cleaner museum and it does not suck
Cult of Mac Mobile menu toggle
Mobile menu toggle
FULLSCREEN
The 1960s house could have a Hoover upright in any color.
The Vacuum Cleaner Museum is home to one of only three American companies that make vacuum cleaners.
The Vacuum Cleaner Museum is located at the entrance of the Tacony Corp. factory in St. James.
The museum rooms are divided into decades with American-made vacuum cleaners from the entire 20th century.
Singer machines made during the Great Depression.
A wall of 1970s vacuum cleaners and a floor of shag carpeting.
A Royal vacuum from the 1940s with all its attachments.
All the vacuums in the museum work and Gasko demonstrates the suction and sound from this early 20th century vacuum.
Gasko with museum visitors in a 1950s room.
1950s canister vacuums.
This Atlas vacuum from the 1950s looks a lot like a car from the decade, including tailfins.
This Simplicity vacuum left served Air Force One during the second term for President George W. Bush. 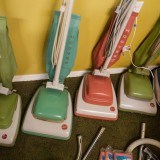 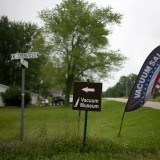 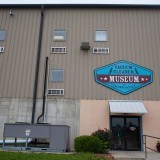 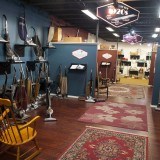 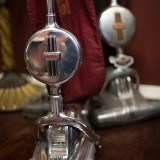 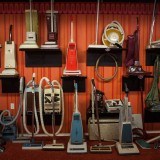 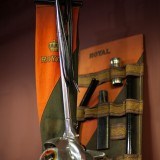 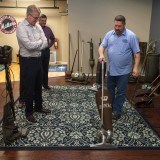 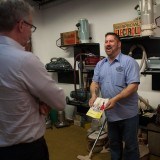 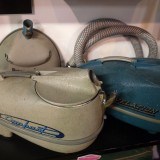 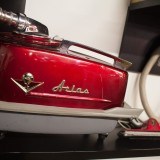 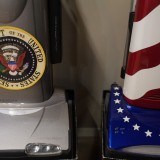 ST. JAMES, Missouri — The first in Tom Gasko’s impressive collection of vacuum cleaners arrived before he was born. It was a summer day in 1962 and his mother, Jean, was pregnant and uncomfortably hot. The Rainbow vacuum salesman in her living room realized she was in no mood to listen to his sales pitch, so he placed ice in the vacuum’s water pan, switched on the machine and blew cool air on her.

Eighteen days later, Mrs. Gasko had a new vacuum and a son who would grow up to collect one of every model of vacuum cleaner ever made in the United States.

Many of his 704 vacuums, including the Rainbow that brought sweet relief to his mother, is on display in a museum he curates in St. James, Missouri.

“If you turned on a vacuum and I couldn’t see it, I could probably tell you the brand just by the pitch of the motor,” Gasko told Cult of Mac. “I’ve always been fascinated by the motors and how subtle changes over the years to design affects the suction.”

Touring the museum is surprisingly interesting, with exhibits offering insight into the history of design, marketing and how technology has shaped American home life over the past 100 years. The collection shows how these common household appliances changed with the times, from basic utilitarian designs to much more consumer-friendly models. Some from the ’60s look almost like the candy-colored iMacs from the turn of the century.

St. James is a town of just over 4,000 in the foothills of the Ozark Mountains. It has two American flag shops and there are reminders all over town to thank a veteran, a patriotic embrace of the residents of a state veterans home here.

The two big employers are a Walmart distribution center and Tacony Corp., maker of several brands of vacuum cleaners, including Simplicity, Maytag and Riccar.

That Gasko is a sort of vacuum savant is why he runs the museum. Seven years ago, Tacony coaxed him away from his successful vacuum service business. They asked him to set up his collection in a museum at the factory entrance, in part so that Tacony engineers and designers could consult with Gasko and study the past.

The Vacuum Cleaner Museum is divided into rooms to represent each decade by models, from the first Hoover in 1909 to an orange, shag-carpeted 1970s room that feature equally colorful Hoovers, Eurekas and Kirbys. Old magazine advertisements hang on walls adorned in period wallpaper prints. One of the last pieces in the museum is the Simplicity vacuum that served on Air Force One during the second term of President George W. Bush.

Gasko chuckles when it is suggested that the air from the vacuum blown on his mother on that summer day just before his birth gave him an inborn enthusiasm for an appliance we associate with the dread of house cleaning.

In fact, Gasko’s story is as interesting as the revolutionary history of the vacuum cleaner. He tells it with the enthusiastic assuredness of a salesman and the scholarly passion of a genial history professor.

By age 5, he was taking apart and reassembling vacuums; before he could drive, he paid cash for a brand new Trans Am based on commissions he made in only three months of selling vacuums door to door.

“I was counting out $7,000 in $100 bills on the desk of the dealer and he asked, ‘Do you sell drugs?’ ” Gasko recalls. “I said, ‘No, I sell vacuums.’ My father had to drive me to the dealership to pick up the car because I didn’t have a driver’s license. On the way home, he turned to me and said, ‘I guess there’s something to this vacuum cleaner business.’ ”

After selling Rainbow vacuums, Gasko opened his own service center where he still sold Rainbows but repaired any brand brought in.

A few vintage vacuums he had on display in his shop became conversation pieces; soon, regular customers began bringing him old vacuum cleaners.

At the same time, Gasko was a good friend of Stan Kann, an eccentric St. Louis celebrity known for playing the pipe organ at a theater and having a vacuum cleaner collection that often landed him on The Tonight Show Starring Johnny Carson.

Gasko was a kid when he met Kann and he would grow up to spend Sundays wiring and maintaining Kann’s vacuums. After Kann died, Kann’s agent allowed Gasko to take a few vacuums to round out his own collection.

That collection is one of every model ever sold here, with the exception of an early Hoover that had been a commercial failure. Each vacuum runs and cleans today like it did when it was first new.

In the museum’s first room, visitors will find rug beaters and some early predecessors of the vacuum — rug sweepers that had manual functions to create suction. A couple look like they were equipped with bicycle pumps; another uses an egg beater-type gizmo to circulate air in the canister.

Gasko brings history to life here, explaining how we all lived with dirt and dust in homes with coal- and wood-burning furnaces and stoves and open windows in the summer time. Rugs were vigorously shook and beaten; to clean an entire home could take a woman a week or two.

In 1907, James Spangler, a janitor from Canton, Ohio, invented the first practical, portable vacuum. He suffered greatly in the evenings, and his allergies kicked up as he ran an ineffective sweeper across the rugs of a department store for which he worked. Spangler got the idea of modifying the motor of a ceiling fan and placing it in a large round tin in which bathroom soap was packaged. He attached a broomstick and fashioned a bag from a pillow case.

His crude vacuum quickly cleaned the rugs, and soon, Spangler went into debt buying ceiling fan motors to build his vacuums. He was no businessman and was about to lose his home when his cousin graciously bought the patent. Spangler’s cousin made saddles and was doubtful the invention would amount to much.

A year later, William Henry Hoover began making vacuums. Now a home could be cleaned more often, and rugs and floors could stay clean every day with just a few minutes of vacuuming per room.

It was the first appliance in the home that had an electrical cord and homeowners had to unscrew a light bulb and plug the vacuum into the socket, Gasko said. Vacuums — like milk, ice and other goods — were sold by salesmen going door to door (vacuums did not enter retail stores until the late 1960s).

The very earliest vacuums weighed more than 50 pounds and could cost as much as today’s equivalent of $3,000.

“It took a very brave woman to sign the purchase receipt and tell the salesman, ‘ Yes, I’ll take it,'” Gasko explains to some visitors. “The housewife of 1910 didn’t have a phone. She couldn’t call her husband and ask, ‘Can I buy a vacuum cleaner?’ Even if she could, he didn’t know what a vacuum cleaner was. Most women would never buy something so expensive without asking their husband first.”

Companies like Eureka, Singer, Kirby, Royal, Rexair and Air-Way competed and worked to improve the machine, creating canister vacuums for steps and adding attachments for functions like hair drying and filling feather pillows. The competition drove down the price as well as the weight of the machines.

The pitch of history

His favorite model is an Air-Way from 1920, its “A” insignia one of three vacuum logos tattooed on Gasko. It had the first disposable bag and suction could be redirected to the handle, which could quickly suck up a cobweb on the ceiling by simply lifting the lightweight vacuum.

“This vacuum was 50 years ahead of its time,” Gasko says whenever he stands before this particular machine.

The vacuums and the rooms are a reflection of America through the 20th century. During the depression, vacuum companies were among the first to offer payment plans, with salesmen convincing women $4.50 per month was cheaper than paying for a maid.

In the 1950s, when a big housing boom meant a run on appliances, vacuums took on the designs of cars, including one canister model by Atlas that was cherry red with tail fins. The 1960s brought futuristic designs influenced by The Jetsons and our space race with the Soviets.

The advertising in each room also tells interesting stories about the expectations of women and how sales pitches changed with the times. Of course, the women in the ads always had smiles on their faces. They wore pearls and heels with their best dresses. One ad in the 1970s room shows a confident, jet-setting woman in a white polyester pants suit vacuuming a room.

Gasko does not just run the museum. It is attached to Tacony’s factory outlet store and so he runs that as well, selling bags, belts and the occasional vacuum.

The showroom of the outlet store is the final room on the tour, probably by design. Without prompting or pitching, Gasko sometimes makes a sale.