The Macintosh will celebrate its 31st anniversary in 11 more days, and while Apple’s design team has moved on from the tiny all-in-one form factor of the first Macintosh, our friends at Curved decided to bring a facelift to Steve Jobs’ creation that led the PC revolution.

For their futuristic redesign, the Curved team slapped an 11-inch MacBook Air screen into a thin brushed aluminum frame that mimics the original shape of the Macintosh. Instead of running regular OS X, the new Macintosh packs touchscreen controls to go with 128GB of storage and 8 GB of RAM.

Take a look at some of the mockups below to see if you’d like this concept to grace your desktop. 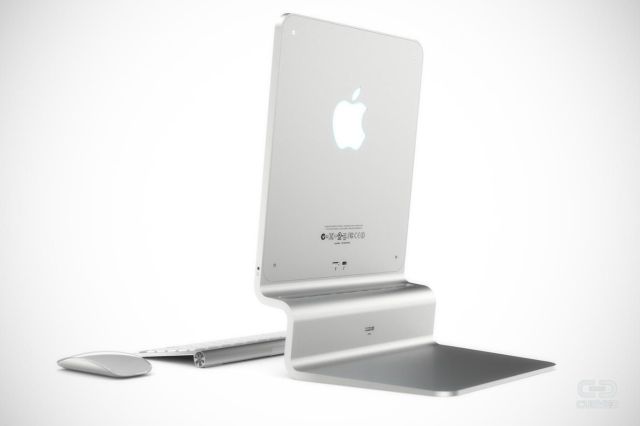 The back of the new Macintosh would feature one USB port and a Thunderbolt port, however, recent rumors claim Apple is moving to just one USB type-C port on the MacBook Air line. The rear shell also has a glowing Apple logo.

It comes and Silver, Gold, and Space Grey and actually looks more like an iPad Air stand than a Mac. Someone should hurry up and Kickstart this thing 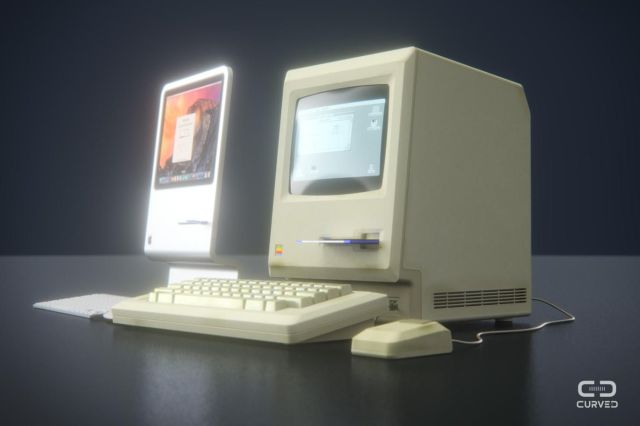