Workflow is a powerful automation tool for iOS
Cult of Mac Mobile menu toggle
Mobile menu toggle
FULLSCREEN
The compose view on iPad.
An example workflow for sending the most recent screenshot over AirDrop.
Being social was never so easy.
Individual workflows can become their own apps. 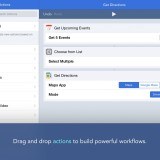 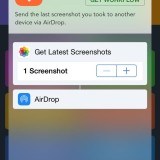 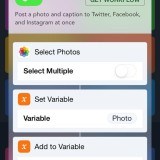 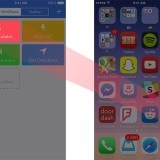 A new app called Workflow aims to close the divide between the power of OS X and the convenience of iOS. By offering curated and custom workflows, the app can automate just about anything you’d want to do on the iPhone or iPad — along with actions you probably haven’t thought of before, like calling an Uber car to take you to your next meeting with one tap.

It’s an ambitious undertaking for any developer, but what makes Workflow even better is that it was created by two brilliant teenagers with great aspirations for making mobile devices as powerful as they can be.

“A lot of computing is moving to mobile phones and tablets,” said Workflow co-creator Ari Weinstein in an interview with Cult of Mac. “And yet the software people are using on those devices is not nearly as capable as what you have on a desktop right now.”

Weinstein got his itch for automation after building an app called DeskConnect that worked similarly to Apple’s Handoff feature before iOS 8 and OS X Yosemite. Then Conrad Kramer, who was in high school at the time, got involved with development.

Weinstein and Kramer built the first version of Workflow in 48 hours at a hackathon back in January. Apple was a sponsor of the event, and the duo was awarded the honor of best iOS app. The recognition was great, but it was just the beginning.

They both ended up winning the Thiel Fellowship, a highly competitive fellowship created by Peter Thiel that awards $100,000 to students under the age of 20 so they can drop out of school for two years and create a startup or do scientific research.

Weinstein dropped out of MIT and Kramer put his admission to the same school on pause. Both moved to San Francisco to finish Workflow, and the app’s release today is the first fruit of their new startup.

“Powerful automation made simple.” That’s Workflow’s tagline. And after testing the app for the past couple weeks, I can attest that it’s true. Workflow lets you create complex actions easier than Automator on the Mac ever could.

When you open the app for the first time, there is a lot to take in. Using it can get as complex as you want. I recommend checking out the gallery of featured workflows to get started.

One of my personal favorites is the “Make GIF” workflow, which by default has you take a few pictures with your camera. The images are then stitched together into an animated GIF you can save to your Camera Roll. There are whole apps you can download dedicated to just making GIFs, and yet this functionality is just a small part of what Workflow can do.

Weinstein walked me through creating my own workflow by dragging individual actions together. I made one that inserts an extension into the share sheet of Safari for turning a webpage into a PDF and saving it to Dropbox. I took the “Made PDF” action (with “Include Margin” checked for a nice margin around the PDF’s edges), added a “Quick Look” to be able to preview the PDF, and an “Open In…” action that sends it to Dropbox. Now when I’m viewing a webpage in Safari I want to convert, I tap the “Run Workflow” extension and sit back.

That sounds like a lot of work, and it’s exactly the reason why Workflow will have a hard time gaining any traction outside of the geeky, early adopter crowd. There’s a ton of stuff in the app to wade through. Its developers hope to make things simpler by letting users create custom apps out of workflows — tap an icon to hail an Uber car and give it directions to take you home, for example.

Workflow originally had a Notification Center widget, but Apple asked Weinstein and Kramer to remove it. Given how other apps have had their widgets forcibly removed from the App Store recently, the decision didn’t come as a surprise.

“We were essentially waiting for a month and a half for them to get back to us,” said Weinstein of the App Store review process. “It was very frustrating.”

Now that Workflow is approved and in the App Store for $2.99, the biggest hurdle to overcome is its own learning curve. The app’s success will rely on users creating their own workflows and sharing them, similarly to how apps like Alfred have thrived on the Mac.

Workflow 1.0 is just the beginning of where its makers want to take automation on iOS. The app will only get more useful over time, according to Weinstein.

“Our long-term ambitions are how we can make this more practical for normal people to use,” he said.