Some of the biggest companies that power America’s Internet, including Apple’s new enterprise partner IBM, have come out in opposition of President Obama’s proposal to reclassify broadband as a “Title II” service.

In an open letter written to the FCC, Congress, and Senate leaders, over 60 of the biggest companies that build the technology that make the Internet possible have advised that such a “dramatic reversal” in policy would significantly hurt their businesses. The list of companies include Intel, IBM, Qualcomm, Cisco, Corning and tons of others who aren’t going to let the FCC’s big decision next year go down without a fight. 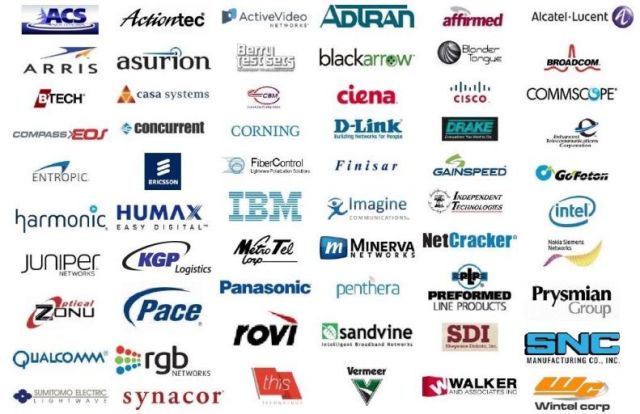 President Obama recently proposed the reclassification of broadband in an effort to implement net neutrality regulations that would keep the Internet open. Facebook and Google have both come out in favor of pro-consumer proposal, but Internet Service Providers (ISPs)  like AT&T, Comcast, and Verizon are strongly opposed to the suggestion because they want to charge for access to fast lanes that give data from some companies preferential treatment over others.

However, IBM, Intel and the others aren’t opposed to Title II classification because they want to keep the fast lanes. They just want to make sure the ISPs are still going to be buying their technology.

In the letter published this morning, their argument is essentially that if ISPs don’t have a guarantee they can charge exorbitant prices for exclusive fast lanes, they won’t invest in laying down the cables and other equipment needed to power America’s miraculous internet-economy. So loosen up those regulations so we can keep raking in money.

“Title II is going to lead to a slowdown, if not a hold, in broadband build out, because if you don’t know that you can recover on your investment, you won’t make it. One study estimates that capital investment by certain broadband providers could be between $28.1 and $45.4 billion lower than expected over the next five years if wireline broadband reclassification occurs.

The investment shortfall would then flow downstream, landing first and squarely on technology companies like ours, and then working its way through the economy overall. Just a few years removed from the worst recession in memory, that’s a risk no policymaker should accept, let alone promote.”

The FCC is expected to make a decision on net neutrality in 2015. Because it’s an independent agency, any request from government officials don’t carry any weight of law, but that’s not going to stop tech companies from pouring millions into trying to influence the net neutrality debate before Chairman Wheeler finally weighs in.