The new interpretation came to light after Panic, a very respected indie developer, was told to remove the ability to send files to iCloud Drive in its file transfer app Transmit. And because of the way iOS 8 is designed, the app can no longer send files to any other storage provider.

What’s worse is that Apple provided little to no explanation for why it was implementing the policy change, and there’s no telling which app will forced to comply next.

“In short, we’re told that while Transmit iOS can download content from iCloud Drive, we cannot upload content to iCloud Drive unless the content was created in the app itself,” said Panic. “Apple says this use would violate 2.23 — ‘Apps must follow the iOS Data Storage Guidelines or they will be rejected’ — but oddly that page says nothing about iCloud Drive or appropriate uses for iCloud Drive.”

Content “created in the app itself” wouldn’t even apply to an app like Transmit since it only acts as a file manager. Yet for some reason Apple made Panic pull the “Send” option, and by extension, everything in this window: 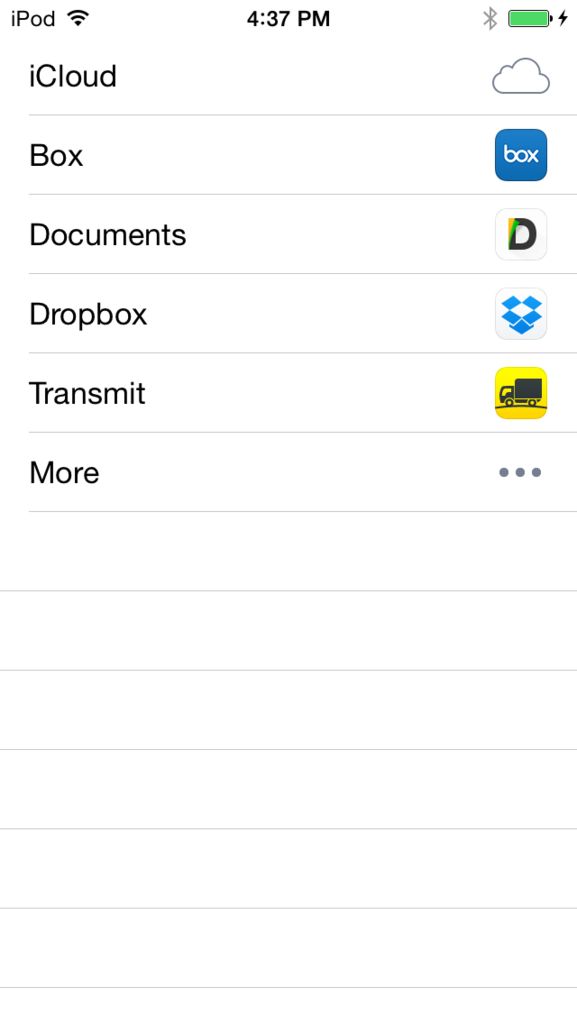 Because iCloud Drive is listed next to third-party storage providers like Dropbox, everyone suffers. It undermines the elasticity of iOS 8 that Apple harped on at WWDC. Apps are supposed to be able to send files back and forth in what’s more akin to a desktop experience.

It’s unclear if other apps will be affected, but any iOS 8 app with a file manager that can send to iCloud Drive is presumably subject to the same fate.

Apple has also been cracking down on iOS 8 widgets in a seemingly bizarre fashion. First PCalc’s calculator widget was banned and then re-allowed, and more recently apps like Drafts have been notified to restrict the functionality of their widgets.

We’ve reached out to Apple and will update if we receive a reply.

Update: Apple has reversed its stance and allowed Panic to keep the send to iCloud Drive functionality in Transmit. Version 1.1.2 is in the App Store with the feature restored.