One of the many new features in iOS 8 is iCloud Drive, which is basically Apple’s take on Dropbox. Unlike how iCloud has functioned in the past, iCloud Drive acts as the hub for all of the files stored by your apps in the cloud.

It’s a great idea, but most people should avoid enabling it during the iOS 8 installation process today.

iCloud Drive is limited to iOS 8 and OS X Yosemite, so you won’t be able to access any documents stored in iCloud Drive unless you’re on either of those two operating systems.

That could mean a serious headache for anyone who’s not running both iOS 8 and the private or developer beta of OS X Yosemite. Unless you have Yosemite running on your Mac, iCloud Drive will do you more harm than good.

The developers behind Day One have laid out the scenario helpfully: 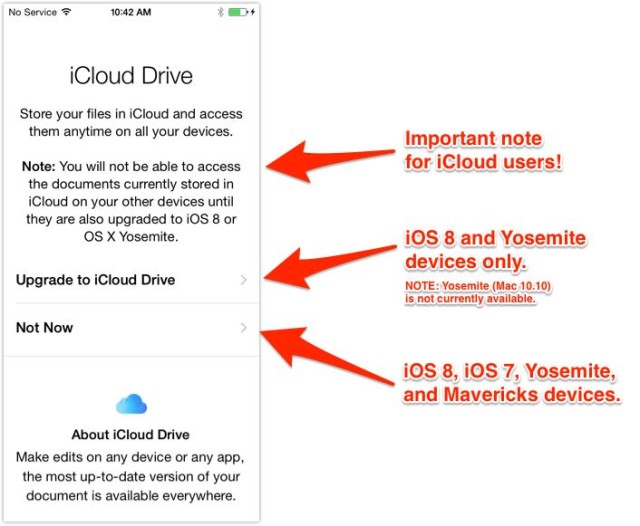 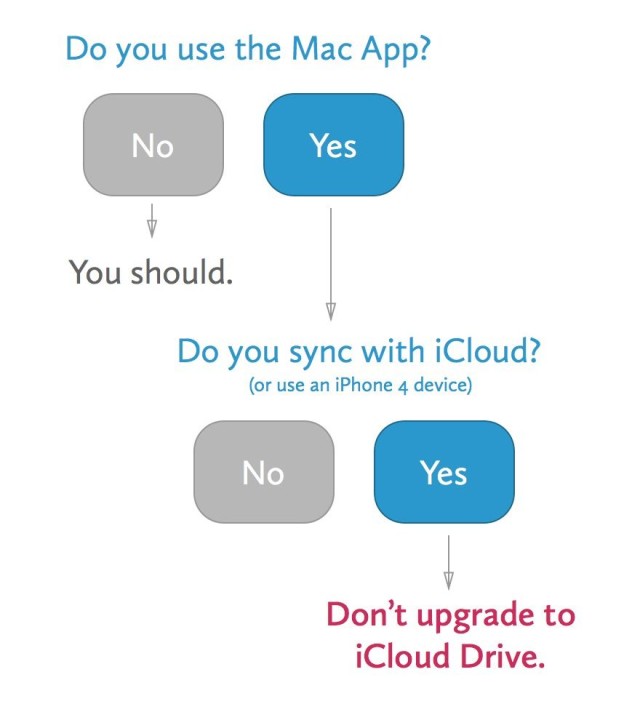 If you’re ready to take the plunge, iCloud Drive can be enabled in Yosemite under the iCloud panel in System Preferences. It can be turned on at any time in the iCloud section of the Settings app in iOS 8 as well.

It could be the case that you only want to use iCloud Drive on your iOS 8 device, and then you obviously have nothing to worry about. But the main benefit of iCloud Drive is the access it gives you to files on all of your devices, and that won’t apply for everyone on the Mac until Yosemite’s public release in October.