Day One shows off iOS 8 update with Touch ID, Extensibility
Cult of Mac Mobile menu toggle
Mobile menu toggle
FULLSCREEN
Day One appears alongside other apps from the share menu.
It's easy to create a Day One entry inside another app.
Details can be added from the Extension, including your location.
Unlocking Day One is as simple as scanning your fingerprint. 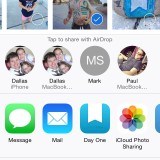 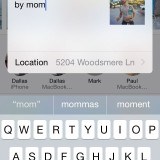 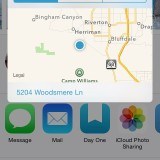 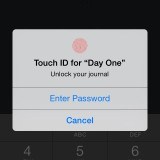 With Apple now accepting iOS 8 apps in the App Store, more third-party developers are starting to show off their use of Extensibility and Touch ID integration.

Day One, an app that won a coveted Apple Design Award at WWDC in June, is readying its iOS 8 update with a Notification Center widget, Share extension, and Touch ID support.

Designed to provide a bird’s-eye glance of the user’s activity, Day One’s Today widget for Notification Center shows graphs of recent entry counts, daily word counts, and photo counts. Random posts from the user’s journal are previewed alongside photos from the same day year(s) ago.

Thanks to Extensibility, Day One will also be accessible from the Share menu in other apps. You’ll be able to send a photo with a short description to Day One from other apps like Apple’s Photos. Any highlighted text or links can also be sent directly to Day One from another app.

And lastly, Touch ID can be used to open Day One in iOS 8. In the past, the user had to manually enter a passcode if they wanted to keep the app locked.

Day One for iOS 8 has been submitted to Apple for review, and its developers hope to have it in the App Store for iOS 8’s public release on Wednesday, September 17th.