The closing of Macworld is the end of an era. Thirty years ago, the publication was the midwife to the launch of the Macintosh.

Cult of Mac has a series of exclusive recollections by the magazine’s founder Dave Bunnell, which chronicle the journalist’s close encounters with a young and volatile Steve Jobs, the Mac’s difficult gestation and the birth of modern desktop computing. It’s a great trip down memory lane — with plenty of outbursts, last-minute changes and even a cameo by Ella Fitzgerald.

Read on for the full series. 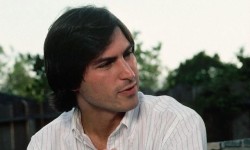 Part 1: Close Encounters with Steve Jobs
Bunnell meets Jobs for the first time. He’s nervous because the Apple founder is in “an extremely foul mood,” according the receptionist, maybe because Jobs had an unsuccessful date with Joan Baez the night before. Also, Bill Gates tells Bunnell he’s going to buy a Mac for his mother. 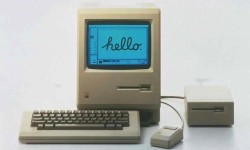 Part 2: Seeing the Macintosh for the Very First Time
Macworld founder David Bunnell tells of laying eyes on the Mac for the first time, and why Steve Jobs parks in handicapped spaces. 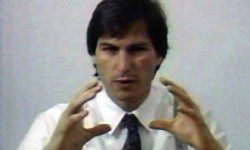 Part 3: We Met With the Real Steve Jobs
David Bunnell’s first meeting with Steve Jobs is surprisingly genial. This time he gets to meet the real Steve Jobs. Plus he has one of the best ideas of his magazine career. 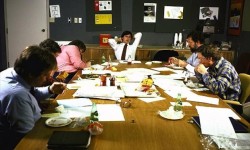 Part 4: Jobs Tells Us to “Belly Up to the Bar”
Steve Jobs tells a publishing mogul to “belly up to the bar” and hangs up on him. “Meeting with Steve Jobs a second time in less than a week might give me a stroke, I worried. But it was Pat McGovern, not Jobs, who nearly short-circuited my promising magazine career.” 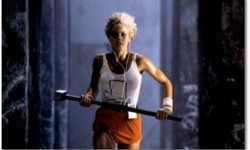 Part 5: Steve Jobs Comes Up With a Really Weird Ad
Steve Jobs reveals his idea for the first Mac ad. “Steve got back at Sculley by spending a large chunk of his marketing budget on one very outrageously expensive TV ad, which he decided to show only one time.” 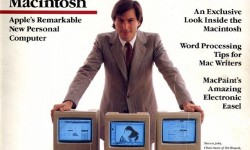 Part 6: Steve Jobs Poses for 1st Cover of Macworld, Then Changes Mind
David Bunnell recalls the magazine’s first cover shoot featuring Steve Jobs, who has a sudden, unexpected change of heart. “Take a picture of this,” Steve said, holding up his middle finger. We stared in disbelief. 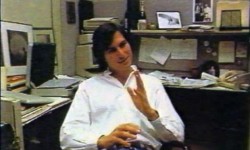 Part 7: Macworld Editors Tell Steve Jobs to Delay the Mac
When it’s clear the machine isn’t ready for prime time, Macworld’s editor Andrew Fluegalman tells Steve Jobs — who reacts in a surprising way. “The only feasible scenario for a delay would be if the Super Bowl was postponed, and even Steve didn’t have the clout to make this happen.” 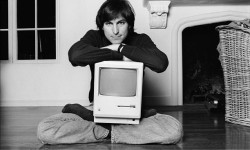 Part 8: Pat McGovern Meets With Steve, the Deal is Done
Bunnell describes how Steve Jobs and IDG publisher Pat McGovern sign a deal to launch Macworld in conjunction with the Mac. 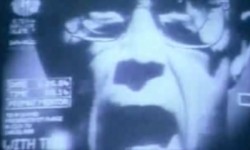 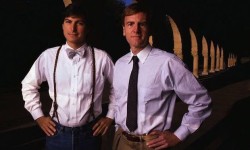 Part 10: Steve Thumbs his Nose at the Apple II
Leading up to the Mac launch on January 24, 1984, Steve Wozniak is unhappy with the event because it resembles “Woodstock for nerds.” 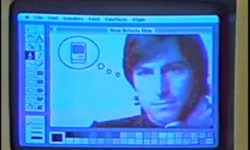 Part 11: The Mac Speaks for Itself (Literally)
Steve Jobs triumphantly introduces the Mac to the world. “It sang to us. It performed mathematical calculations with the blinding speed of a Cray mainframe. It drew beautiful pictures. It communicated with other computers. It bounced rays off satellites and sent a subversive message to the Soviet Union.” 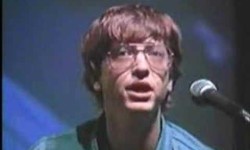 Part 12: The Fat Mac Saves the Day
Bill Gates is the only developer to actually deliver on his promises of software for the Mac, even as the business press takes to calling the cute little under-powered Mac a “yuppie computer.” 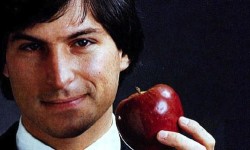 Part 13: Steve Brings Tina to the Macworld Dinner Party
While everyone else at the dinner wears formal or business attire, Steve and his nymphette girlfriend du jour, Tina, arrive in blue jeans and T-shirts. Tina is barefoot. They show up shortly after the rest of the crowd sits down at a long table. 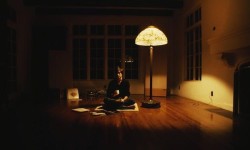 Part 14: Ella Fitzgerald Sings Happy Birthday to Steve
At Steve Jobs’ 30th birthday party, jazz great Ella Fitzgerald sings the Apple chief happy birthday. She seems to have no idea who he is. 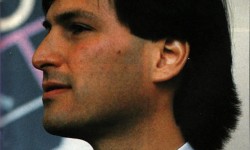 Part 15: Steve’s NeXT Big Thing
In this highly entertaining final installment of his series about Steve Jobs, Macworld founder David Bunnell is taken by Jobs to his favorite lunch spot (you’ll never guess where it is). And for once, Jobs changes his parking habits.