CUPERTINO, California -- What's inside the mystery building Apple is fabricating for its big September 9 event? The giant construction project is almost as big of an enigma as what the iWatch will actually look like or do.

The boxy structure, which sprang up behind the Flint Center for the Performing Arts here on the De Anza College campus, looks like a cross between an igloo and a winning confection on Cake Wars. Naturally, the enormous two-to-three story building sparked intense curiosity among the Apple faithful when pictures emerged Thursday, so we had to go take a look for ourselves.

Will it hold something as mundane as a demo area where tech journalists can fondle Apple's latest, greatest gear? Does it contain a full-size home of the future to show off amazing HomeKit implementations? Will it house a runway for an Apple wearables fashion show or a giant stage for a post-announcement Dr. Dre concert?

Whatever it holds, it is truly a massive undertaking. It's surrounded by green fences and countless security guards. We, like you, can't wait for Apple's big reveal — here's what we saw walking around the outskirts of the secretive project Thursday afternoon.

The temporary venue where Apple will hold its September 9 press event sits directly outside the 2,405-seat Flint Center, which is notable for its role in Apple history: The company has revealed some of its most important devices in the theater, which is tucked away on a quiet community college campus just a couple miles away from Apple HQ.

"There have only been two milestone products in our industry: the Apple II in 1977 and the IBM PC in 1981," Jobs said at the Flint Center in 1984. "Today, one year after Lisa, we are introducing the third industry milestone product: Macintosh."

Apple is definitely laying the groundwork for something big on September 9: Workers are running a fair amount of power from generators outside the fence that surrounds the construction site, which is set up with table saws and other tools of the building trades.

Behind the fencing and hidden from prying eyes, the workers are building something on the site. The huge, pristine structure also features a stage that could host a concert or iWatch fitness demonstration.

No one can fill a big white box quite like Apple. We can imagine the iDevice of our dreams jumping out of this one: Will it be the iPhone 6? Or how about the long-awaited iWatch? Perhaps it will be something totally new that the rumor mill hasn't even dreamed up yet.

Most of the trucks on campus appeared to be generic white rentals, but we spotted one with a sign indicating it was owned by Devcon Construction. Was the company hired to build this tantalizing structure for Apple? Devcon is known around Silicon Valley for building sleek, modern, high-tech campuses for companies including Adobe, Cisco and Yahoo!

Cult of Mac contacted Devcon's vice president of construction but did not receive a reply by press time. Workers on the super-secret Apple project know the secrecy drill, though, and were very tight-lipped about the goings-on at the construction site. Security was tight. 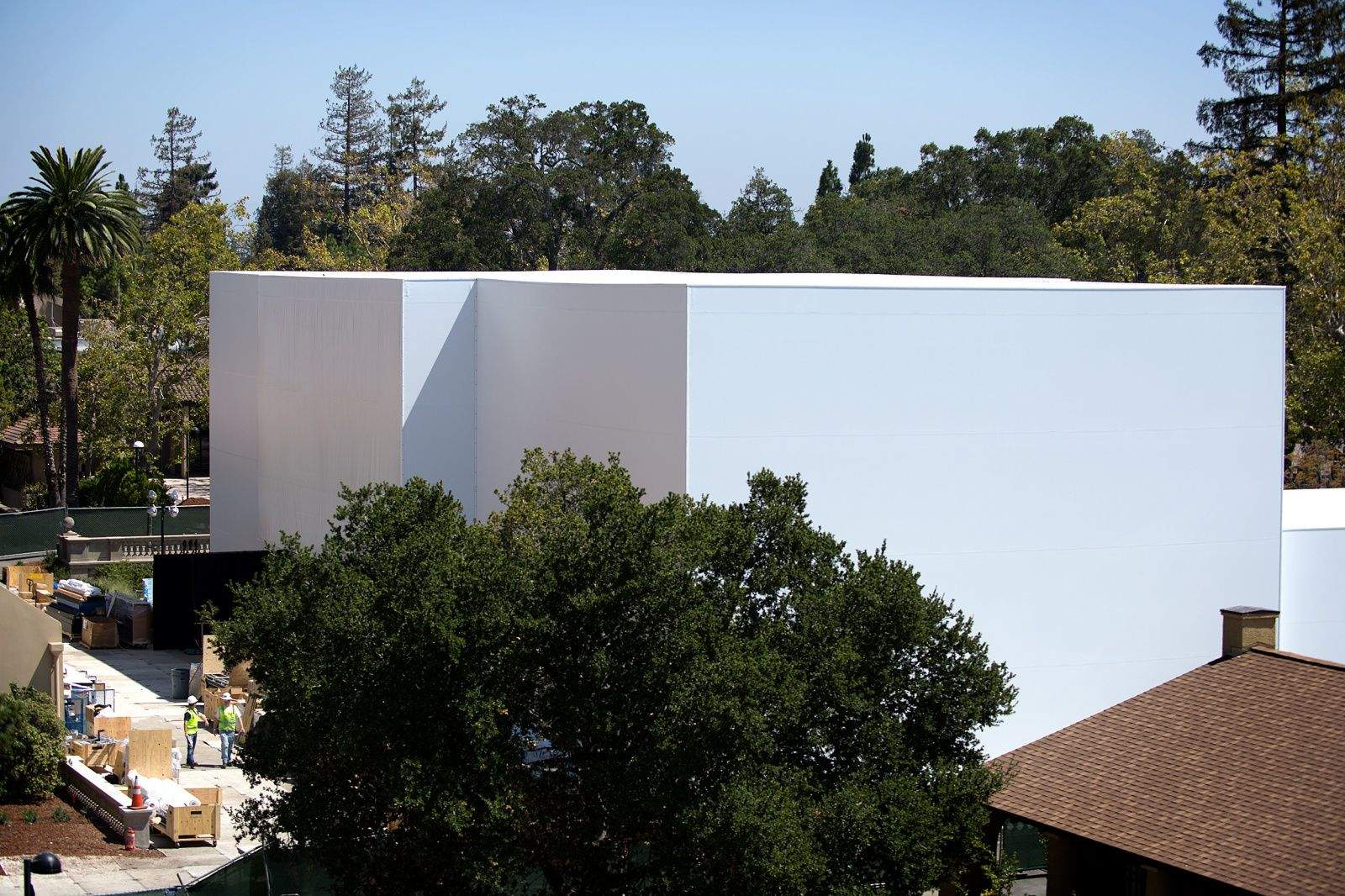 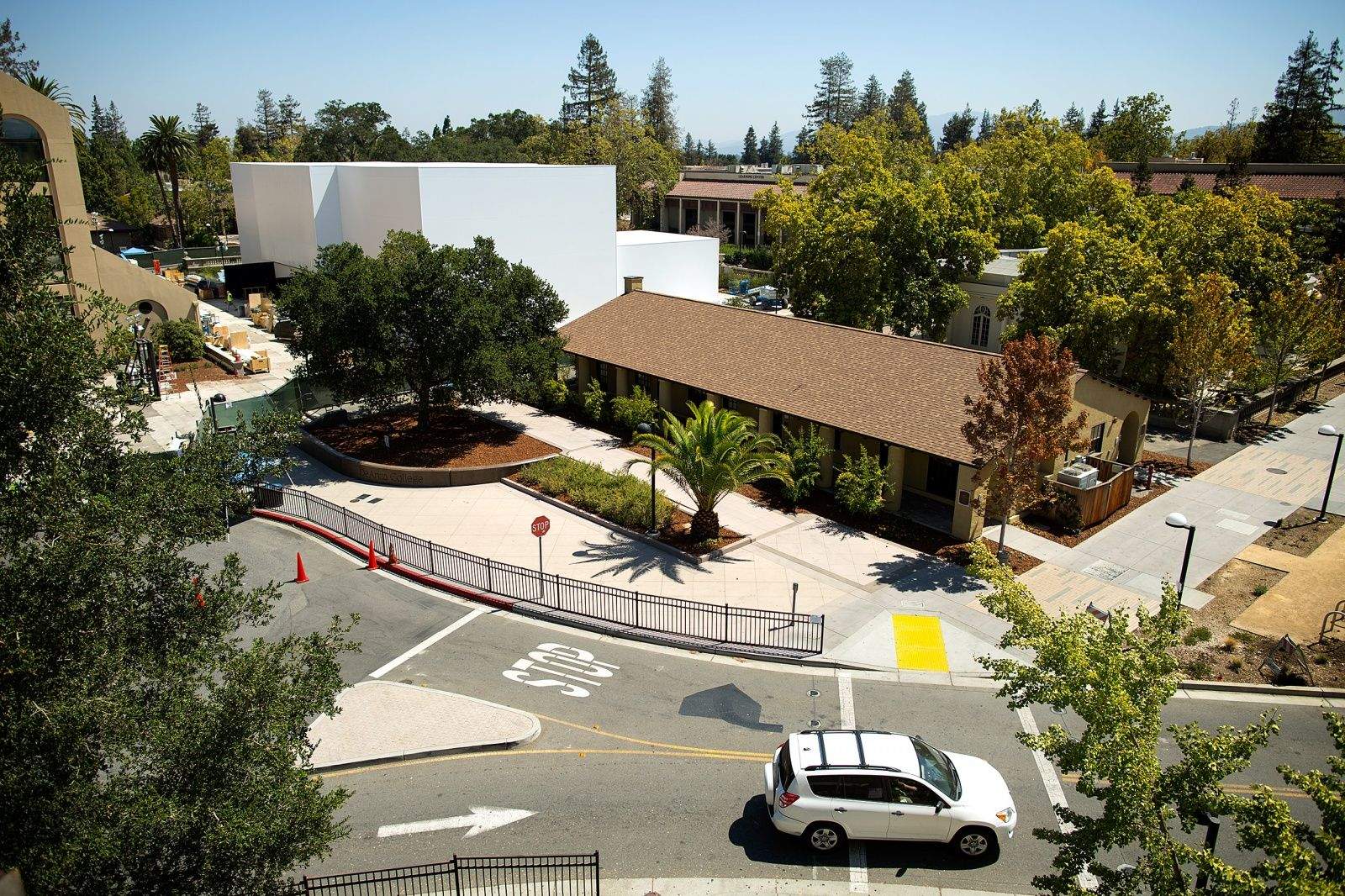 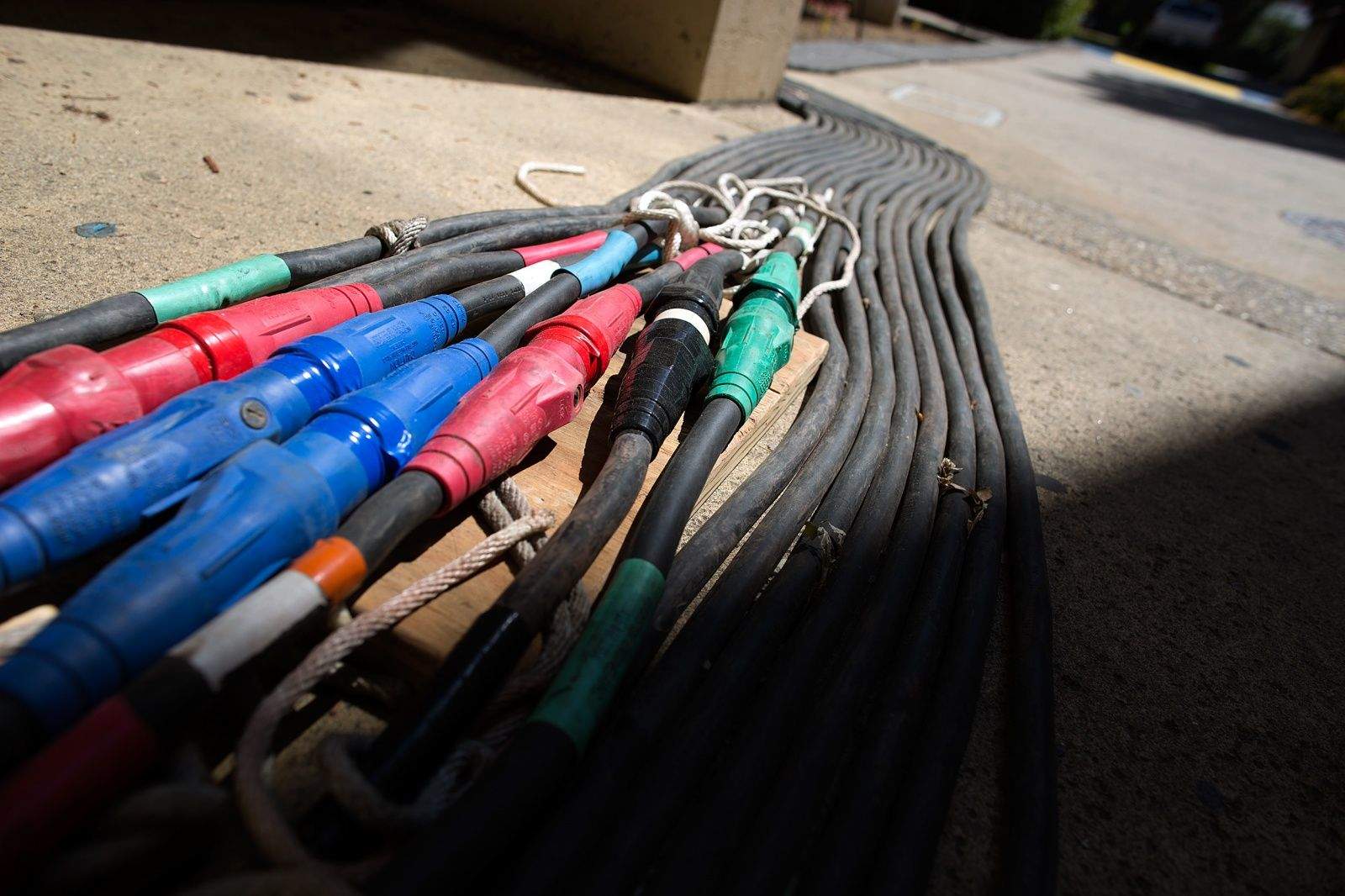 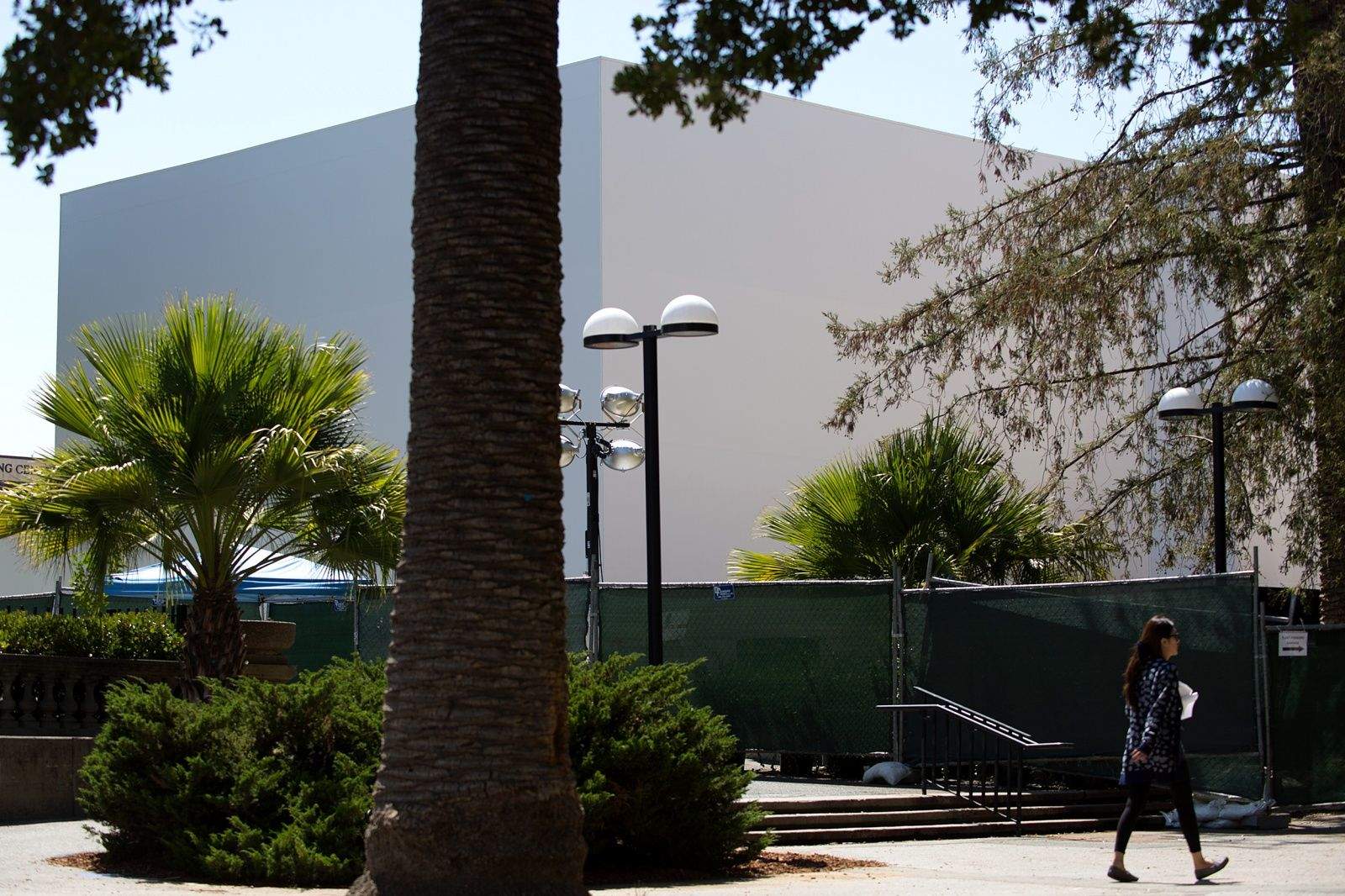 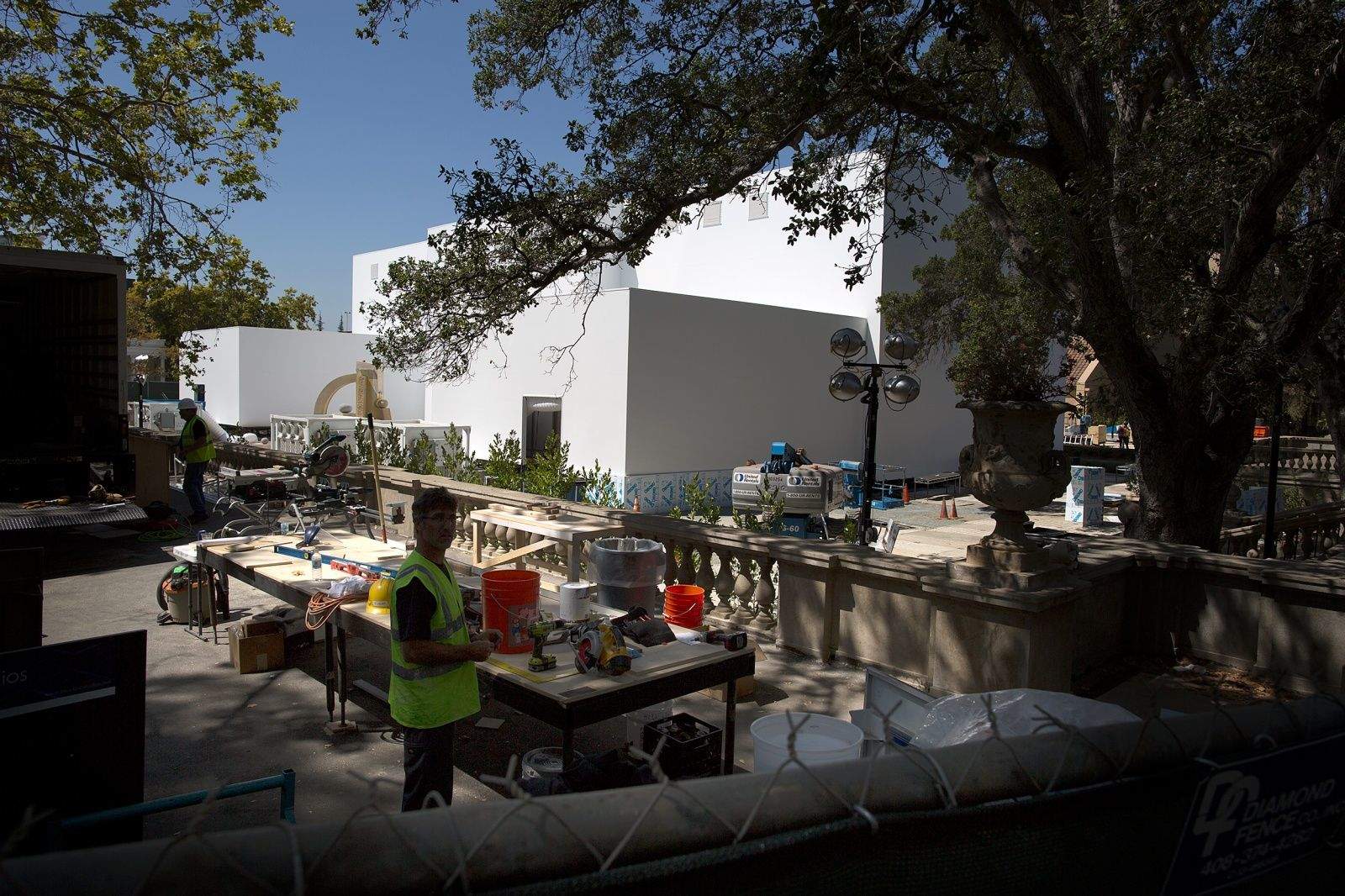