A tale of two stores: Apple vs Microsoft | Cult of Mac
Cult of Mac Mobile menu toggle
Mobile menu toggle
FULLSCREEN
Microsoft may be headed for a smackdown in Manhattan. The maker of all devices PC is reportedly laying ground for a retail outlet just six blocks from Apple's Fifth Avenue store, one of the most photographed landmarks in New York. And a glistening cube that rakes in more than the sparklers at nearby Tiffany & Co. If Redmond had only taken note from what happens in Oregon: here's our totally unabashedly unscientific pictorial take on Apple and Microsoft stores in downtown Portland. All photos: Nicole Martinelli/Cult of Mac
There's just a two-minute walk between Apple's Pioneer Place store and Microsoft's retail outlet, with plenty of tony shops like Louis Vuitton and Tiffany & Co. in between.
It's a Thursday afternoon in late July. And you can definitely hear crickets in the Microsoft store...
Same weekday afternoon in July and the Apple store is packed.
This woman walked past the Apple store asking directions to Microsoft. I thought I'd give the store a second chance and see if it'd become more busy.
There were about three customers in the whole store the second time around.. 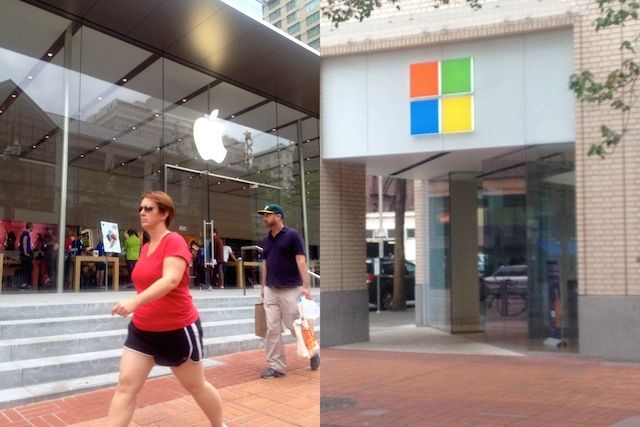 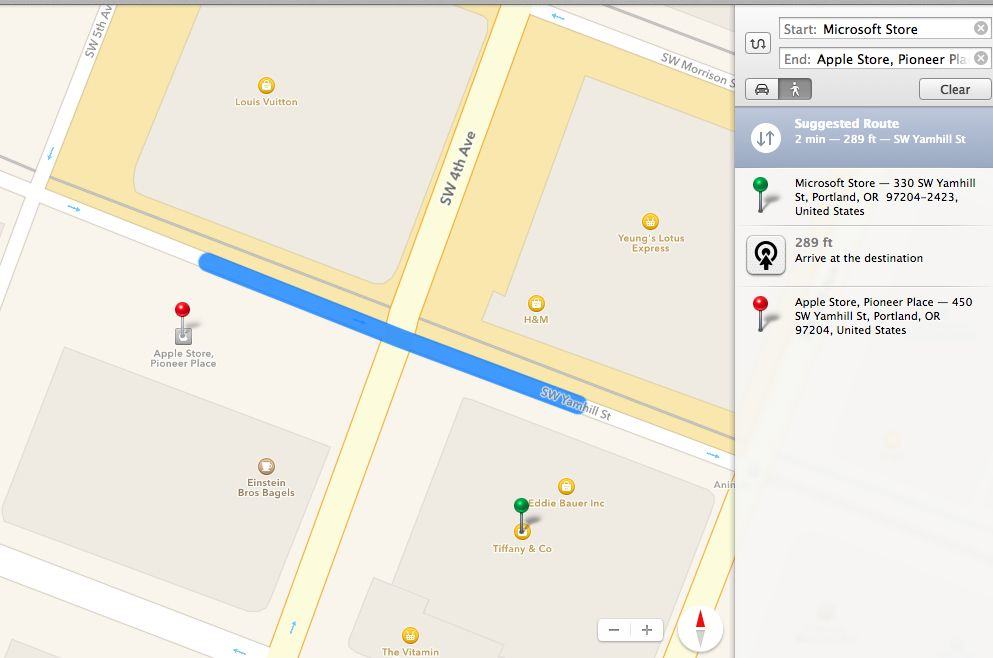 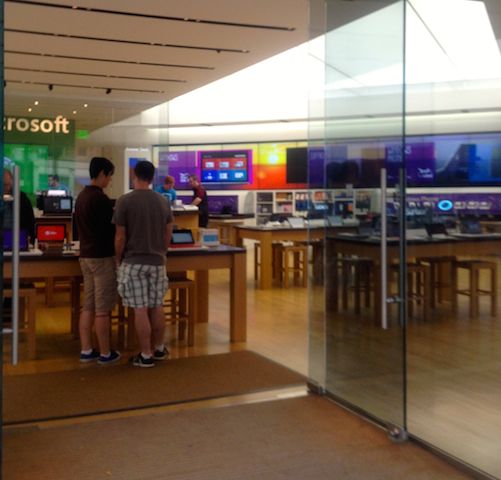 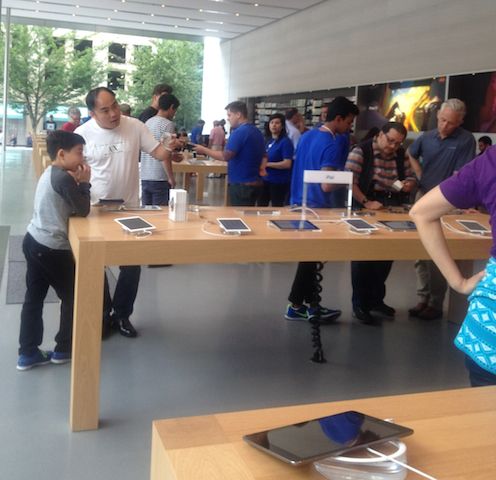 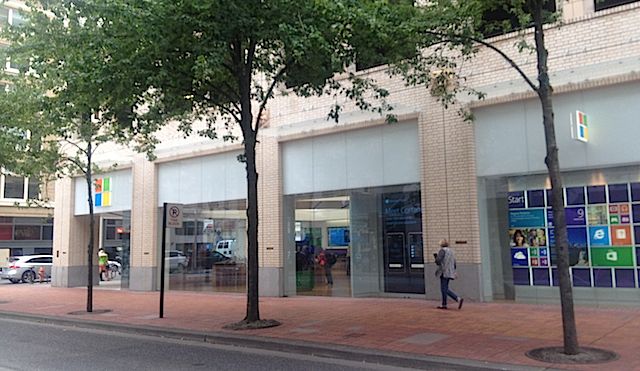 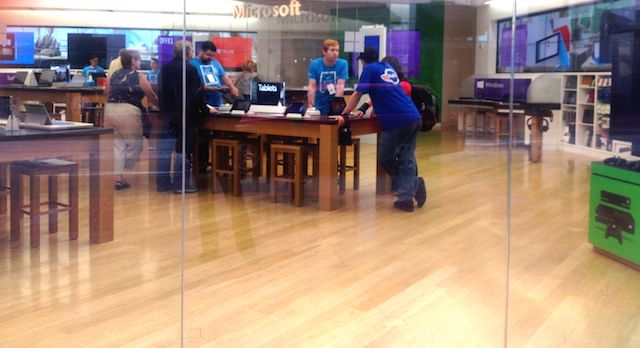