While Apple only lists a “wrist-watch device” as one of the possible applications of its planned electronic device, everything about the patent is in line with what we’ve heard about the iWatch.

The patent covers the housing for a device which would include wireless circuits such as transceiver circuits, and optical components such as light sensors and cameras.

The patent notes that the housing for the device may be formed from a conductive material, while it could possibly feature either a touch and non-touch sensitive display. 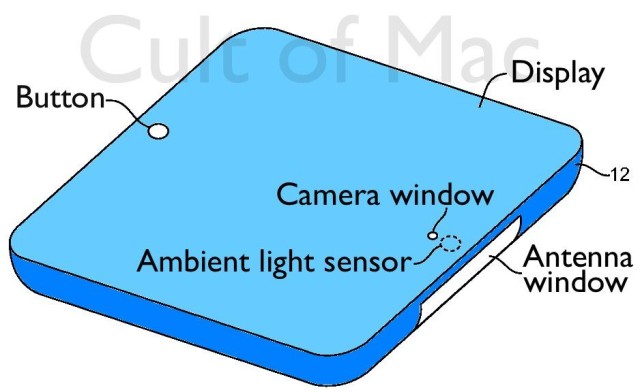 While the above image includes a diagram taken from Apple’s patent application, it should be noted that this is not a design patent, and so the finished design could well look very different to this.

This is far from the first patent application Apple has filed with regards to the iWatch. In March this year, the company published a patent relating to a smart pedometer which could be worn on the wrist.

Although nothing has yet been publicly stated, there has also been plenty of gossip to keep Apple watchers busy.

Earlier this month Apple used a shell company to trademark the term “iWatch” in multiple territories, including the U.S., UK, Australia, European Union, Denmark, China, India, and dozens of other countries. It additionally applied for the trademark under its own name in Japan, Mexico, Russia, and Taiwan.

A report from around the same time suggested that three Apple suppliers have delivered samples of flexible circuit boards for the iWatch — with the device expected to be unveiled in September.

Nike has also fanned the rumors by claiming it is “excited” to be working with Apple on wearable tech going forward — creating speculation that the two companies may partner for some of the fitness-tracking apps for the device.

The real question is, of course, whether this can be the revolutionary device Apple is hoping it will be.

Are you won over by what you’ve heard about the iWatch so far? Drop us a comment in the box below.

Number of comments on this postLeave a comment
Posted in: News, Top stories Tagged: iWatch, patent