To be or not to be? That’s the question posed by Sometimes You Die, a game powered by existential angst that’s tearing up the charts.

The game — which is based on the question of how much of the gaming experience you can strip away and still have the end result be fun — has become the surprise hit of 2014, despite (or perhaps because of) its unusual take on life, death and the meaning of video games.

Now Philipp Stollenmayer, a 22-year-old developer who lives in the Netherlands, has opened his sketchbooks to show Cult of Mac how Sometimes You Die came to life.

Stollenmayer set out to create a challenging platformer in the spirit of VVVVVV and Super Meat Boy, as well as classic games like the Mega Man series, which he grew up playing.

What sets Sometimes You Die apart from the thousands of other platformers in the App Store, however, is its unique approach to the subject of death.

In the game, your character’s demise doesn’t simply restart you at the beginning of a particular level. Instead, it leaves an on-screen “corpse” showing where your game ended the last time. Somewhat morbidly, these bodies can then be used as additional platforms — with certain situations meaning that you’ll need to perform tactical suicides in order to progress to the next stage.

“I once saw [a] game where you have to avoid your own shadow when you go back to the start,” Stollenmayer says. “I liked the idea to plan ahead with [your] own movement, and thought about other ways to make use of this.”

Stollenmayer, who has been making apps for several years, dreamed up Sometimes You Die in the gap between finishing college and starting an internship, coding the entire thing on a 13-inch MacBook.

“I am the team,” he says, although for this game he got some help for voice acting, promotion and testing.

“There wasn’t much time, but I had planned the structure and work flow some time ago, so that I just had to write it down,” he says. “In the end, designing and programming didn’t take much more than a month.”

He originally planned to call the game Rebirth, but changed the title because he thought it sounded more like a tactical shooter.

In the end, Stollenmayer settled for something a little more subtle. “‘Sometimes you die’ sums up the gameplay quite well,” he says. 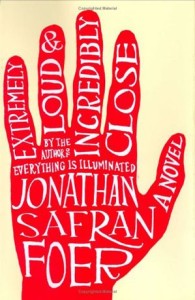 The game’s unique visuals were inspired by the kind of typographical experiments seen in Jonathan Safran Foer’s 2005 book Extremely Loud and Incredibly Close.

The author “used everything that a book could offer — and didn’t only concentrate on the content, but also on how the content is delivered,” Stollenmayer says. “I tried to do the same thing with my game.”

Despite the deceptive simplicity of its graphics, Sometimes You Die is one of the most visually striking games the App Store has ever seen. Against eerily monochromatic backdrops, you guide a > symbol through various puzzles, in which the only real signs of graphical interest come from hanging light bulbs and existential messages scrawled on the wall.

“I was sure that people [wouldn’t] read the texts in the background,” Stollenmayer says.

Sure enough, when he gave the game out to people to test, the testers didn’t read it. At first he thought about reading the text aloud himself, but after a few tests concluded that it sounded ridiculous.

Instead he used “the most artificial voice that I could find” — with the idea that its monotony would help the player get used to an omnipresent narrator.

While Stollenmayer was happy with the game’s appearance, it didn’t stop him having a moment of doubt: Was his creation actually any fun?

“[I] started to wonder if this met all the requirements for a classical game,” he says. “So the idea [of a] game that questions its own existence [seemed appropriate.]”

“I started to wonder if this met all the requirements for a … game.”

A game that ponders whether or not it’s a game could sound a bit pretentious, but many modern iOS games do in fact make you reconsider the basic functions of a game. We’re at a point where the gaming world is ruled by frustration factories like Flappy Bird and free apps loaded with demands for in-app purchases. (For the record, there’s a great in-app purchase joke in Sometimes You Die!)

Recently a programmer even created a robot to play Jurassic Park Builder on his iPad while he slept — hardly a ringing endorsement of the power of enthralling gameplay.

All of this raises the question: What makes a game truly fun and successful?

“When I talk about the limits of fun, I have those games in mind that try to make the player addicted, and then want your money to satisfy the cravings — or place ads where they think you will tap by accident,” Stollenmayer says.

Despite being unusual, Stollenmayer’s vision appears to have paid off. What he had previously thought was a game that would appeal only to the festival circuit turned out to be a success in the App Store.

“It was featured by Apple and was ranked No. 1 in games in the USA,” he says. “I didn’t expect this, [and] I am really surprised and grateful that so many people are willing to give me their money for something that I made without any money — except for the [developer] licenses.”

Next up? “A vacation,” Stollenmayer says, after which he will come up with his next project, be it an update to Sometimes You Die or an entirely new game.

If it’s a sequel, maybe he can call it Sometimes You Come Back To Life.