Months of iOS in the Car leaks finally culminated this morning with Apple revealing its new CarPlay system. It’s not quite the name we were expecting, but automakers like Ferrari, Volvo and Mercedes have already integrated Apple’s system into future cars.

Volvo showcased CarPlay in its new XC90 SUV this morning, but here’s what CarPlay will like like for those rolling in a Benz: 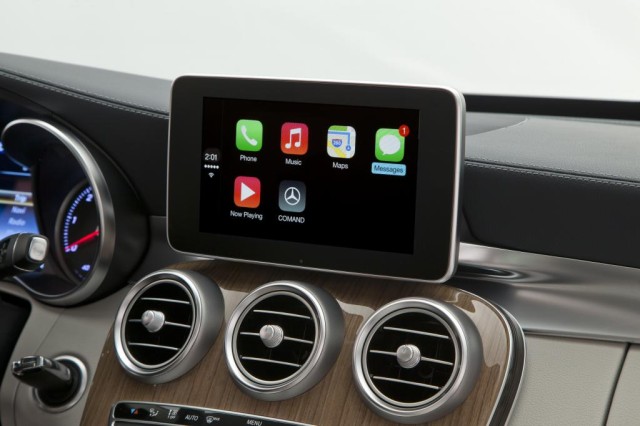 Nothing exciting on the homescreen other than apps for Phone, Music, Maps, Messages, Now Playing and Mercedes own COMAND app but hopefully you’ll be able to add Spotify, Podcasts, and others. 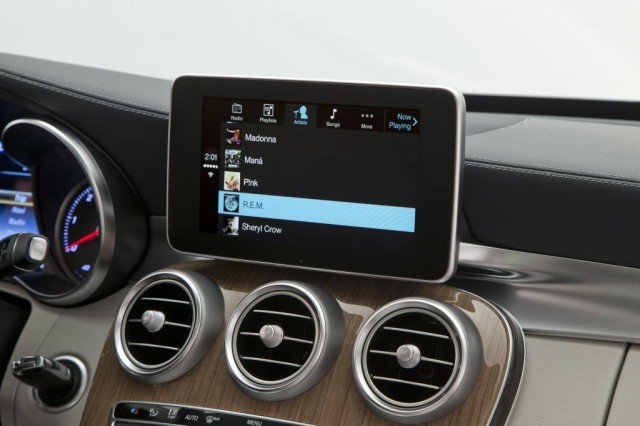 Like the iOS Music app, you can search for tunes based on Artists, Songs, Playlists, Radio and others. 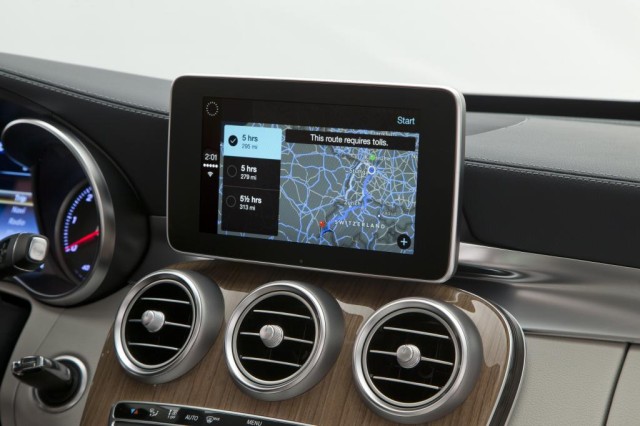 The Maps app comes with both a light and dark mode. 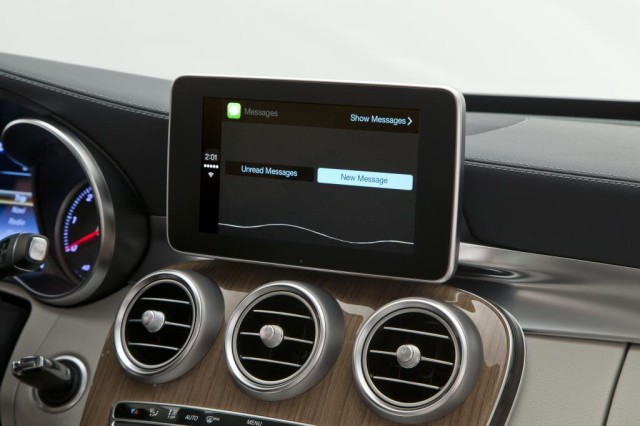 iMessages are composed using nothing but Siri. Better hope she digs your accent.