Twenty years ago, if someone had told us we’d be streaming our favorite shows from the internet legally, we would have scoffed at them and disregarded it, never mind how the speed of broadband internet has changed the way we live our everyday lives. Roll on to the last couple of years, where media streaming services such as Netflix and Hulu Plus have taken over and the days when we sat in front of the television flicking through 57 channels with nothing on are no more. Now there’s a whole host of entertainment right at the tap of a button, and we literally have to make no effort to leave our seats as these services take over our smartphones, tablets and electronic devices in a huge way.

But which service to pick? We’ve researched every possible choice out there, engaged in some elaborate hands-on testing, and narrowed down the extensive list to one reigning champion. If you look at the table below, it becomes fairly obvious that each media streaming service provider excels in some aspects but lags behind in others. By comparing each feature, it became much easier to narrow down the overall ultimate media service app.

Established way back in 1997, Netflix was originally the go-to company when it came to on-demand rentals. During its early days, it operated on a traditional, online pay-per-rental model charging customers $4 per rental (plus postage), but in the year 1999 introduced the monthly subscription concept and dropped its single rental program. According to a report at digitaltrends, “Netflix has reached 31 million monthly subscribers in the United States and over 40 million subscribers worldwide by the end of September 2013. This pushes Netflix past HBO’s 28.7 million monthly subscribers in the United States.”

There’s a lot of debate and discussion when it comes to which service delivers the paramount overall experience, but in reality, each of the online media providers offer something different for every single customer. That said, when narrowing down the best choice in favor of catalog, video quality, functionality, and availability, Netflix excels in every category. Though it may have a more limited movie library compared to the likes of iTunes or Amazon, it’s the preferable option for those who don’t wish to pay per each movie they wish to watch. Not only that, the service boasts a large library of TV seasons, with consistent regular updates to its catalog. Best of all, Netflix remains commercial-free.

Recently, it became apparent that Netflix cut deals with leading ISP Comcast to ensure a faster smoother streaming experience. Because Netflix accounts for 32% of internet traffic in North America, it has been working with Internet Service Providers in a program called Open Connect to install its very own servers within the networks. This should definitely allow Netflix to guarantee a better streaming experience for all its customers. 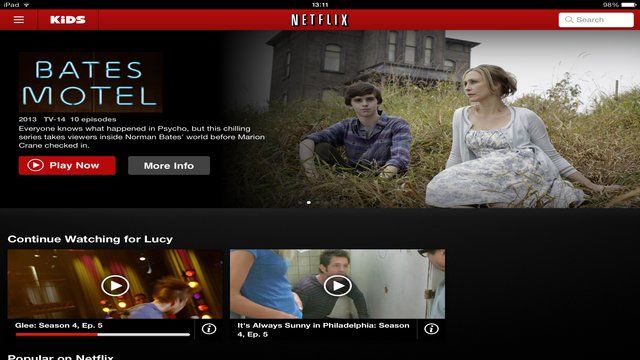 Where Netflix trumps other media providers overall is its multi-device delivery and ability to operate a service devoid of ads, unlike the commercial-heavy Hulu Plus, which offers a subscription plan at the exact same price. Site SlashGear applauds Netflix on ‘doing it right’ instead of forcing customers to watch ads. One previous article has a handful of comments from users agreeing with the writers opinion that “Hulu Plus is a downright disappointment” due to excessive ads.

One user compares Netflix to Hulu Plus, saying, “Agreed. Netflix proves that it’s not impossible to run a business without shoving ads down people’s throats in the middle of viewing.

The ‘oh, but it’s new!’ argument is pitifully hollow. How new it is doesn’t make it any different- it’s just the same as watching and old TV show for the first time on Netflix. People are simply deluded by the idea that newer is better.”

Netflix’s iOS app is by far one of the smoothest, most responsive and well designed of the bunch. Not only has the company rolled out a whole redesign of its UI that is far more user-friendly, but it has also worked on its TV application to ensure a greater and more pleasant customer experience. The video quality is also one aspect that takes giant leaps and bounds ahead of on-demand streaming giant Hulu Plus. Every video is streamed at a pixel-perfect and beautifully sharp 1080p, which makes viewing on devices like the iPad a much friendlier experience.

The only downside to the iOS app is that the use of its apparent ‘list’ is not wholly evident to users. Though there is the option to add a favorite show or movie to this list, it doesn’t look like there’s an option anywhere in the application to access it. Hopefully this will be something that is implemented in an update at some point.

It recently became apparent in a customer satisfaction survey led by Foresee that iTunes was in fact the de facto experience when consumers are using Apple’s iOS platform. This is a fair case in point when you consider that every iOS product comes preinstalled with an iTunes app, and provides guidance to other content and media apps. In fact, streaming from Netflix is unlimited, which means you could binge stream all night if it took your fancy, whereas iTunes insists on one-off payments. iTunes may be good choice for buying movies, but not if you’re settling down for a long night in on the sofa grazing on popcorn.

A comment by user Ike17055 on a recent article by AppAdvice states, “iTunes is a great option for purchasing high quality tv but I regret that they dropped TV show rentals. I would pay to see some shows once, but do not have a lot of interest in archiving them. Most all of these services offer real value, compared to cable. I love Netflix since I can binge watch on demand and there are a ton of shows I never saw first time around. I have no shortage of what to watch. And iTunes fills the gap for newer programming, but again,it would be nice to rent not only buy.”

What it doesn’t tell us is how many consumers were gathered to answer the survey, and if iTunes only won by 1 percent over popular faves Netflix and HBO Go, what percentage of these people were young adults, what percentage were professionals, and so forth? Sure, iTunes is a great platform for Apple users by all means, but paying full price for a movie, or simply renting one, can set you back by hundreds of dollars throughout the year. 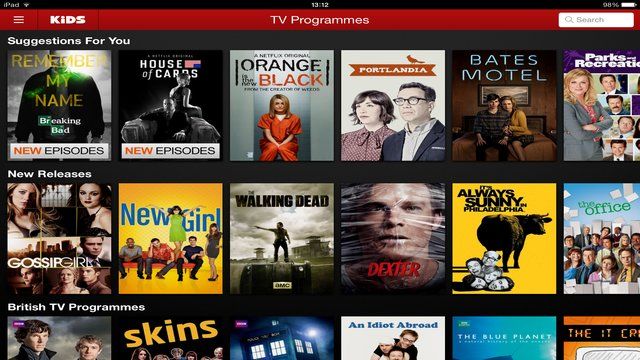 Social integration is not a compulsory deal when it comes to Netflix, but it’s a handy option to be able to utilize, giving you the ability to view what your friends have been watching and gain new suggestions based on their tastes and ratings. Many customers discover a lot more series this way, and it’s not intrusive in the slightest.

Last but not least, Netflix has recently gained a whole host of new subscribers due to its delivery of Original series such as House of Cards and Orange is the New Black. House of Cards was one of the biggest stories in television last year, and its highly anticipated second season was greeted with a high level of viewer excitement with its recent release. Furthermore, with shows like Breaking Bad spin-off Better Call Saul on the horizon, Netflix users have a lot to look forward to. Services like Netflix, supported by subscriptions rather than advertisers, create far more buzz, which allows it to draw in a regular flow of new customers.

Although it makes a very close runner-up in terms of its huge library of TV series and movies, competitive price plan and device compatibility (of which it cuts it pretty close), Hulu Plus couldn’t be further behind when it comes to availability, video quality, and its insistence on a commercial-heavy service, which in turn makes for a rather trying customer experience. Not only is the mobile app currently facing a host of stability issues on iOS and Android, plenty of customers have complained about having to pay for a service that still insists on the deliverance of adverts throughout its shows.

One user complains, “I pay to watch commercials? Way too many. 2 or 3 would be fine but 5 or 6 commercials? Unacceptable. Just one 2 – 3 minute commercial would be fine. Or two 2 minute commercials. Please consider the idea. Bumping the price up <$3 wouldn’t be a bad trade off. I can assume that I am speaking for 100,000+ users. But for the most part, I really do enjoy the content on Hulu Plus. And if there is no possible way to lessen the amount of commercials, why not make the option (across ALL devices, including the Roku 3) to let users chose what type of commercials they prefer during each viewing session (if possible).” 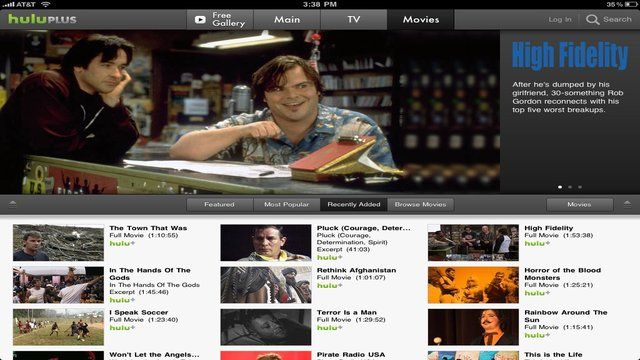 Hulu tends to respond to most of the users having difficulties,though, proving that customer service can go a long way. Unfortunately for customers, to struggle so much with the service on their app is unacceptable. Even those who understand Hulu’s mechanisms still complain about issues with lag.

Where Hulu does win points however, is its handy catalog of not only television series but hundreds upon thousands of movies. It also allows users to collaborate on a playlist queue and check out episodes literally just 24 hours after they have aired on television. Hulu also maintains its own Original Series as well as exclusives to its service such as previous favorites Misfits, Spy, and The Thick of It.

A comparison between Netflix and Hulu Plus was recently conducted by mediaplayera, which also admitted that Netflix comes out on top when it comes to watching a back catalog of both TV and movies.

Though iTunes offers customers a remarkable user experience, its app is in fact the standard for how apps believe they must look, feel and behave, and millions of consumers actively choose to engage with iTunes to download content, it still remains a pay-per-purchase model, which means there is no option of a monthly subscription. Episodes and movies can be priced quite highly, and the service recently abandoned the option for consumers to rent TV shows episodes. iTunes does in fact boast one of the largest library sizes in the on-demand world of media with a humungous 190,000 TV episodes and over 45,000 movies. 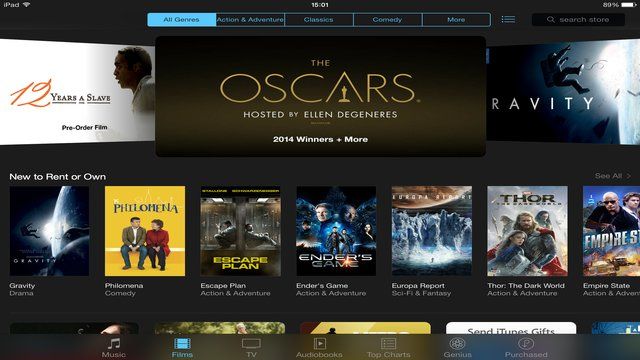 When it comes to compatibility, iTunes doesn’t leave much room in the way of device availability. Though Windows users can in fact use and purchase media from the iTunes Store, there is no Android compatibility, nor is there an option to stream content via any other media player aside from Apple’s very own Apple TV. That said, iTunes video quality is incomparable–you can stream or download media directly from its store, letting those with lower broadband speeds download on a Mac and then watch. This can in fact be a more preferable factor for many Apple users, but those with high speed broadband connections and faster internet packages won’t necessarily notice too much of a difference, since Netflix also streams at full 1080p HD.

iTunes is a great choice if you prefer not to go the on-demand streaming route, but in the long-run can become quite expensive if you tend to binge-watch your TV series.

Posted in: News Tagged: And the Winner Is..., Apple, Hulu Plus, iTunes, Netflix