The publisher’s 2D side-scrolling action platformer Shadow Blade takes things even further, utilizing a complex but ultimately responsive control scheme. The game is made in Unity, giving it fluid, console-quality animations, a lush eastern-flavored soundtrack, and a gorgeous look and feel.

This is a fine effort from first-time iOS developer Dead Mage, for sure.

The controls are responsive, perhaps a bit too much so.

There are over 30 levels with the requisite tutorial levels up front, teaching you how to control the ninja assassin on a mission to return a mysterious document to his masters. You’ll tap and hold on the right and left side of the screen to move the little bladed hero in the intended direction, and you’ll tap on either side to attack in that direction as well. 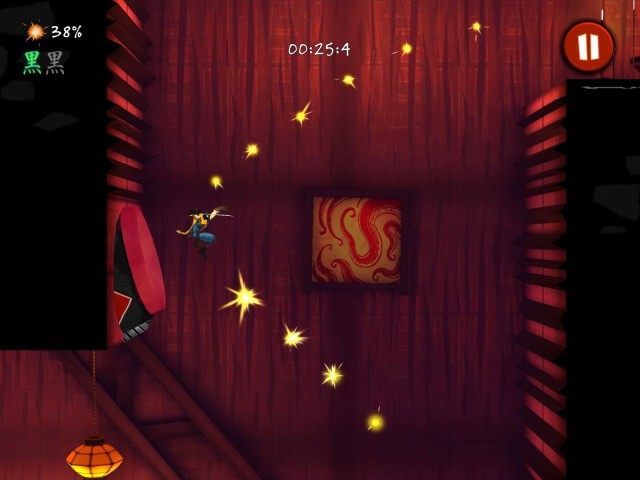 You’ll swipe with a diagonal, upward gesture in the direction you wish to jump, and then perform several combo moves while in the air or running, including my favorite, the jump and kill from above. It’s satisfying to rid each level of enemies while dashing just in time to avoid the rotating spike traps and other sharp obstacles along the way. Tapping the screen when hitting a wall lets your ninja wall jump, and he can dash in the air, too.

The controls are responsive, perhaps a bit too much so. The jumps and enemy attacks happen immediately when activated, which makes sense in a precise platformer such as this, but it cries out for a controller. I was unable to try Shadow Blade out with such a device as of this writing, but will update when I get my hands on a working iOS 7 controller device. 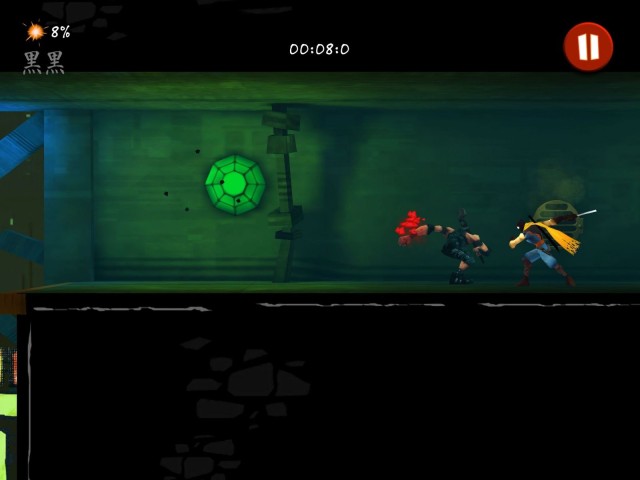 I continually found myself tapping and swiping the screen to activate the proper move set — jump, dash, double jump, kill from above — but the touch screen or my poor motor skills would endlessly send my poor little ninja into a variety of sharp objects or enemy baddies. With the precision afforded by a decent controller, I feel like I would be better equipped to rock this game. 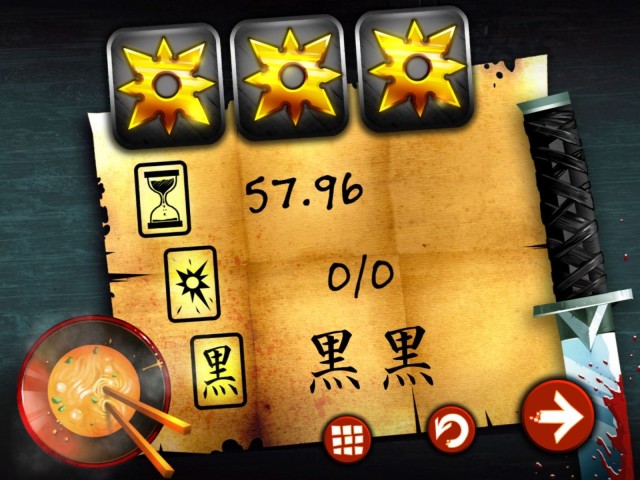 That said, the developers have implemented a complex system on a touch screen with fair skill. To be able to play this brutal platformer at all on my iPad is a joy in itself. I continued through the various levels, dying and making bits of progress forward, so engrossed that I forgot to take a lot of screenshots for this review.

That right there is a good game, in my opinion.