Apple is yet to confirm its iPhone deal with China Mobile — the one we’ve been waiting for since the iPhone 5s and iPhone 5c were unveiled back in September — but that hasn’t stopped some stores from putting their iPhone posters up early. According to the company’s new 4G teasers, the devices could finally go on sale between November 9 and November 11.

The images above, published on Chinese micro-blogging site Weibo, show iPhone 5s and iPhone 5c posters are already up in at least one China Mobile store. Neither poster shows a release date, but it’s thought the devices could go on sale around the same time China Mobile launched its new 4G TD-LTE network.

According to the ad below, that will take place between November 9 and November 11. 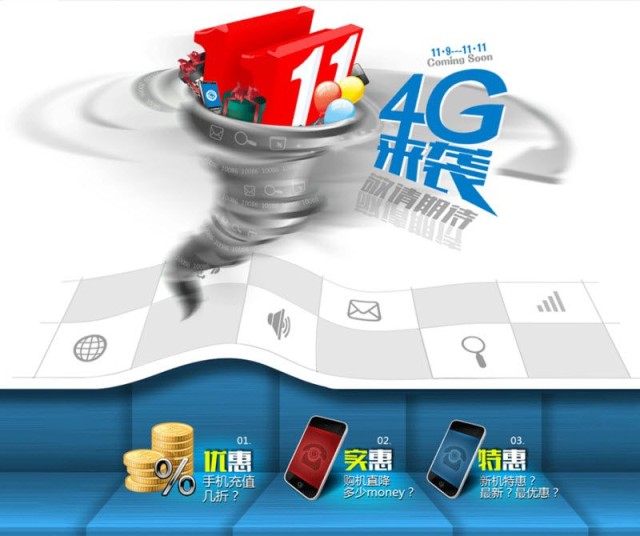 You’ll notice a couple of generic iPhone images appear in the ad, but that could simply be a coincidence rather than a hint at the impending iPhone launch. Whatever the case may be, those posters indicate that Apple’s hugely popular smartphone will soon be available on China Mobile, more than six years after it was launched.

The new devices have already gained regulatory approval for China Mobile, and the carrier’s CEO has confirmed negotiations with Apple on several occasions — so we’ve known for some time that a deal is close. When it happens, it will give more than 740 million wireless subscribers a chance to own the iPhone.