You’ve probably noticed that I tend to get a little overexcited about iPhone photography apps. I got so excited about the Lego Photo app that Pete mentioned the other day, I went and made a Flickr group for it. But this post is about another little gem I’ve found, under the name Hipstamatic. 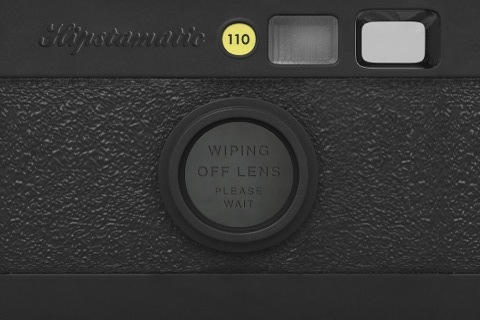 It’s a toy camera app, and that in itself isn’t a new idea. There’s a dozen or more toy camera apps on the App Store, and dozens more that apply toy camera style effects to your photos. Lots of them are great. But none of them has yet styled itself to actually look like a toy camera. Not until Hipstamatic came along.

Like a proper camera, Hipstamatic has a “back” and a “front”. You take photos while looking at the back, through a virtual viewfinder. Little red and green lights show up while your image is saved and manipulated in the background. It’s all really nicely done. 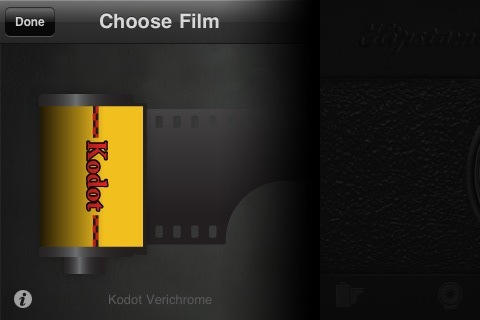 Flip to the front, and here you find more fun stuff that you’d expect. Swipe sideways from the lens and you can change to other lenses. Touch the film icon and you can swipe between different films, each of which delivers a new image result. 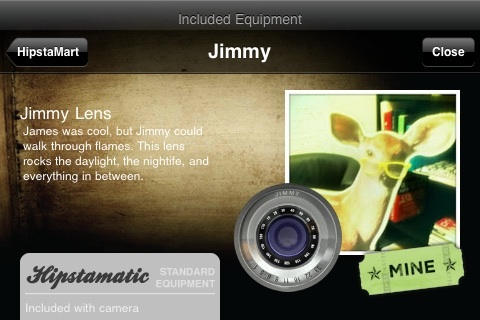 You get a handful of films and lenses when you buy the app; new ones can be added as in-app purchases (very smart).

Even without those extras, Hipstamatic is a fun little camera app and good value at two dollars. There’s an inevitable Flickr group which gives you an idea of the kind of image you can create with it. Recommended.