To compliment the new iPad Air and iPad mini with Retina display, Apple has released not only updated Smart Covers, but a new Smart Case accessory. “We have a lot more to cover” was the tagline for today’s event, and it turned out to be true in more ways than one. 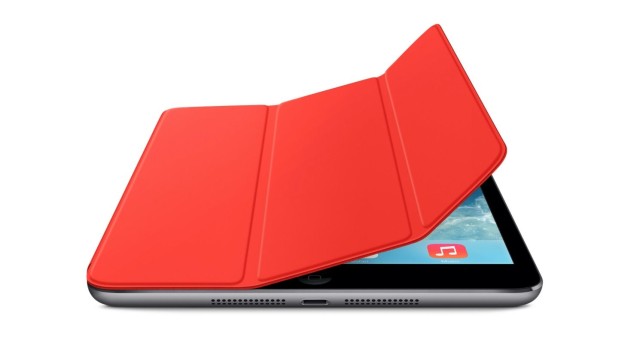 The Smart Cover is basically the same, and color options are black pink, yellow, blue, green, and (PRODUCT) RED. The cover is made from polyurethane and costs $39 for the Air and mini. For those who don’t want much protection but a good amount of versatility, the Smart Cover is still a good way to go.

And then there’s the Smart Case. It has been updated to look like a combination of the iPhone 5s Apple case (which is surprisingly good) and the Smart Cover. The material is leather instead of polyurethane, and the color options are brown, beige, black, yellow, blue, and (PRODUCT) RED. The price for both the Air is $79 and the mini version is $69, which is pretty high and to be expected from Apple.

“The Smart Case has your back. And your front,” reads Apple’s website. “It offers all-around protection and is precisely designed to keep your iPad fully covered with a slim fit. And just like the Smart Cover, the Smart Case wakes and sleeps iPad on open and close and folds into different positions to make reading, viewing, or typing even easier.”

I don’t know about you, but I’m going to be definitely picking up a Smart Case for my iPad Air. After using Apple’s case for iPhone 5s, I think we’re entering a new era of exceptional cases from Apple.

It’s been rumored that Apple is working on a keyboard/cover combo for the iPad, but who knows when that product will (if ever) see the light of day. Until then, the Smart Case it is.

Update: This post has been updated to clarify that the Smart Case is not an entirely new product, but an update of an existing accessory.