Most video games transform you into a warrior, a thief, a space alien or race car driver. A new breed of games aims to make you a better person by putting you in the shoes of a young father with a son dying of cancer or playing the part of someone grappling with depression, immigration or sexual identity issues.

Called “empathy games,” they hope to change one of the most often criticized aspects of these beloved pastimes: that they foster violence and isolation. Game designer Jane McGonigal’s widely read 2011 book “Reality is Broken” set the playing field for a world where games reward good behavior and nice guys finish first.

There’s definitely a market for them: by age 21, the average young American has spent at least three times as many hours playing virtual games as reading. The rest of us have doubled our time at the console since 2002, spending around 140 hours a year on games.

Once upon a time, we had novels to immerse ourselves in other people’s lives. Now, the most important form of entertainment in the iPad age is doing something even the most sophisticated book could never accomplish: we can act as other people and it’s not just about blowing away zombies. Why would you want to know what it’s like to care for a child with cancer?  In real life, you may be struggling to understand a friend or family member who is going through it, or maybe you are a volunteer at a hospice, a nursing student, or a pastor.

Outside the realm of game journalism, though, you might not have heard much about empathy games. Most of them are created by small teams, sometimes just one person.

Once just a blip on the radar, some of them are making headlines in mainstream media and we’re seeing more of them on all platforms.

That Dragon, Cancer is an as-yet unreleased game about Ryan Green’s experience with his toddler son Joel, diagnosed with a rare and deadly form of cancer. The gameplay is simple: try and get your infant son to stop crying. Pick him up, he wails louder. Give him some juice, he vomits it up. The only way to “win” the game—notice the lack of gaming language to even cope with this concept—is to head to the window, look out, and pray.

You’ll participate in the characters’ struggles with mental illness in Demon Chic, an iOS game that uses the tropes of role-playing and adventure games to get you to consider what life may be like for people who might not be just like you. They’re still people, however, and Demon Chic does a fantastic job of letting you experience that fact.

Demon Chic’s developer Michael Frauenhofer thinks that “empathy games” is a great term–he heard it from other folks halfway through the game’s dev cycle. He told Cult of Mac in an email more about how his game fits the concept.

“From the start, the main goals of Demon Chic had been to show the relationship between the three main characters as one of difference/diversity tempered to insignificance by mutual understanding, with a focus on personal autonomy,” he said. “The only political message we really wanted to convey was one of ‘let people just be who they want to be and how they want to be as long as it doesn’t hurt anyone else,’ which seems to me to be pretty fundamentally aligned with empathy as a concept.”

But can video games actually create empathy? Does playing games like this help us understand other human beings better? Peter Saghegyi, developer of Dubai Delivery, thinks so, arguing that games can change us for the better.

“Games alter our perception, no doubt about it,” he said. “They teach us new things whether they are wrong or right, the same way as movies do.”

Veteran Bioshock developer Steve Gaynor has his own “empathy game” out now, Gone Home. His small team created a game that tells the story of a young woman coming of age in the 1990s, struggling with her own sexual awakening.

“Games can provide a unique type of empathy in a way that movies cannot,” he said. “They’re closer to novels; they have the ability to express the interior life of an individual. Interactively putting you in the shoes of this character, you must do things that blur the line between yourself and the character.”

This sort of role-taking, he added, is what sets games apart from other media, letting you spend hours and hours doing things as someone else.

This is no more evident than in a game like Papers, Please, which lets you take on the role of a passport processor in the fictional totalitarian state of Arstotzka. You spend your time in-game checking minute details on various forms of identification, only to have the rules passed down to you change endlessly. No matter what you do, you’ll miss something, or separate from your family, or end up not making enough money to feed your loved ones.

“Papers Please does this really well,” noted Gaynor, “because so much of what it ‘says’ is done through systems and the ability of players to manage time and attention. Any given player doesn’t usually spend time thinking about the type of person that does that sort of thing.”

Hence the empathy. The ability of one human being to understand another.

It’s not just in “realistic” games, either. Consider The Walking Dead, an adventure game available on Mac, PC and iOS. It was a runaway success for its developing game studio, Telltale Games.

We meet the main hero of the story, Lee Everett, as a prisoner in the back of a state trooper car, just before the zombie apocalypse. Soon after, as the world has gone to hell, he stumbles upon orphan Clementine, and the pair struggles to keep each other alive.

Michael Abbott, a theater professor and the creator of seminal critical video game blog, Brainy Gamer, thinks that The Walking Dead is an iOS game that elicits powerful empathy.

“It does so on two levels at once,” said Abbott. “The paternal care and love Lee feels for Clementine is the storytelling through-line of the game, and it often manifests itself as empathy. Many times in the game Lee or other characters worry about how Clementine will be affected by all the terrible things she sees. They worry for her and about her.”

There’s also a deep amount of empathy for the other characters in the game, even the despicable characters, like Larry.

So, video games can indeed help us empathize with other human beings. But is empathy important? Does it make us a better partner, friend, family member, world citizen?

Mary Flanagan, researcher, game developer, and psychologist, thinks so. She’s made a career out of studying just how video games help emotional perspective taking, or empathy. 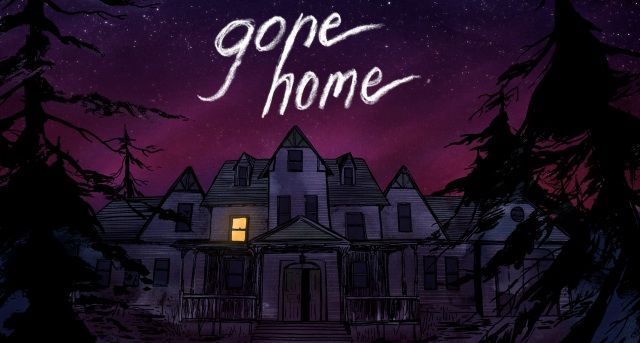 “Yes, empathy makes us better people,” she told Cult of Mac in an email. “It can make us better medical practitioners, teachers, and negotiators. It can make us helpful. I think it makes the world better, more humane, and more just and equitable.” Flanagan cited research with schoolchildren showing that fantasy play made them more understanding of other people, as well as her own study on how video games increase empathy.

In the end, it’s pretty exciting to watch as video games mature in many ways, not the least of which is in these types of empathic experiences.

If you’ve only focused on games that hit the top charts in iTunes, or make their way to consoles, developed by corporations, it’s time to take a look.

“It’s powerful that games can create empathy in a variety of ways,” said Gone Home’s Gaynor. “We’re at an exiting time right now, that with indie games becoming more viable outside the publisher system, is that developers have more freedom to try to reach toward more games that engender empathy.”

True words, indeed, proving once again that video games as a medium are starting to grow up.