Google’s mobile apps share a common and easily distinguishable design language, for the most part. The iOS app for Google Drive has been in desperate need of a redesign, and a revamped version has been released today in the App Store.

Google Drive now includes the card-like interface seen in other apps, which Google calls “thumbnail view.” You can quickly toggle between viewing thumbnails of files and the traditional list view. There are a number of other additions, including simpler file sharing and the ability to edit in landscape mode. 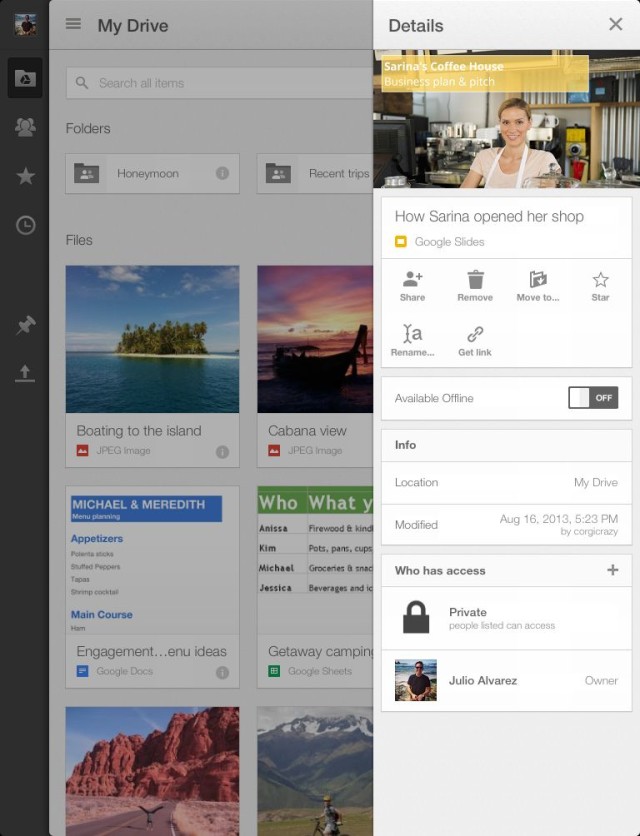 Another long awaited feature is copying the URL for a file to an iOS device’s clipboard. You can open links in Chrome or Safari as well.

“We brought search to the forefront of the app so you can find the exact file you’re looking for, whether you’re on a small iPhone or a larger iPad,” said Google. “And remember, Drive search recognizes objects in your images and text in scanned documents. So the next time you’re looking for photos of that trip to the Statue of Liberty, just enter the phrase “Statue of Liberty” and your photos will appear – voilà!”

Google Drive is available for free in the App Store.