“Steve Jobs would’ve rather died than give into that, even though he had a lot of friends at the NSA,” he told Cult of Mac, shaking his head. “Microsoft caved in first, then everyone else. Steve would’ve just never done it.”

And, in fact, Apple was the last of the tech giants to join (succumb?) to PRISM in October 2012, a year after the death of its co-founder. Apple has publicly denied its involvement in the e-spying operation, though a leaked NSA slide says differently. 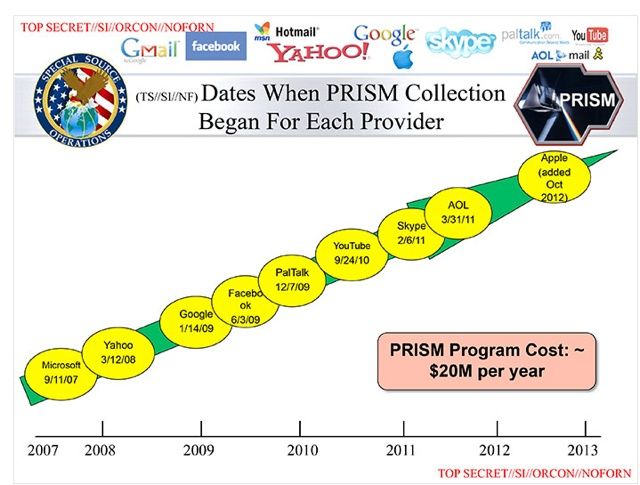 Stone’s comment came after a very groovy ode to psychedelic substance DMT and counter (coder) culture that included a moment of group hyperventilation to simulate the beginning of a drug trip to a standing-room only crowd at AltWWDC.

The talk recounts the colorful tale of how a high school dropout tuned in to coding, turned on to DMT and later discovered that all the hippies had gone online – to bulletin boards, which is how he heard about NeXT computers in March 1989. (You can read the full talk on Stone’s site, though you really have to see him in all his wiry, Summer-of-Love quirkiness for the full effect.)

Along the far out trip down memory lane (Raves! The Grateful Dead! Cypherpunks!) Stone touched on how Jobs made those connections at the NSA. It began when the NeXT proved too pricey for the academic market, which is where Jobs thought it would find a natural home. (The first NeXT computers retailed for $9,999 in 1990, that’s nearly $18,000 today.)

“But something dark from America’s psyche was revealed, we truly hate success. We’re happy for our heroes for awhile, but we are not truly happy until they fall,” he said. “The publishing houses did not buy in and sales faltered. And this is where Steve began courting the Fortune 500 and the dark agencies – NSA and CIA – because these people could afford his expensive machines.

Stone had a few words about keeping it real in the era of cyber surveillance, based on his own experience of being dogged by the DEA, who had mistaken him for a drug dealer.

“Back then, I had what we called a landline,” he laughed. “And every time I picked it up, there was that telltale click. Notice I am giving you advice here. If you know you are being watched, you’ll self-censor, right?”