Chat Heads. They made their grand debut in Facebook Home for Android, and Facebook added them later to its official iOS app. Now they are venturing out of Facebook’s iPhone app and into the rest of iOS, thanks to a jailbreak developer.

Unlike traditional inbox messaging, Chat Heads are little bubbles for individual conversations that float around the screen. On Android, they can appear on top of any app systemwide and be dismissed by dragging downwards. Apple limits how Facebook can integrate stuff like Chat Heads in iOS, so they are confined to Facebook’s iPhone app by default.

Enter Message Box, a new Cydia tweak for jailbreakers that brings Facebook Chat Heads to the rest of iOS.<!–more–>

“When I first saw Chat Heads on Android, I started playing around with the physics,” says Adam Bell, a 21-year-old developer from Canada. Bell plays for both sides. He has apps in Apple’s App Store and jailbreak tweaks in the Cydia Store. “It was the physics that got me more excited than the actual messaging,” Bell tells Cult of Mac over Skype.

“You have everything when you’re in the world of jailbreak.”

When Facebook brought Chat Heads to iOS via its App Store app, it “made no sense” to Bell. A system like Chat Heads is supposed to be accessible anywhere while you’re using a device. Confining it to the Facebook iOS app felt cheap to Bell. So he thought, “I’m going to make this actually work everywhere.” Jailbreaking gave him root access to the core of iOS, allowing him to also tinker with the innards of Facebook’s app. “You have everything when you’re in the world of jailbreak.”

To free Chat Heads from Facebook and allow them to follow the user anywhere in iOS, Bell had to separate the Chat Heads layer of the Facebook app. “The fact that I could get it working in the background and overlaid on everything at the same time is insane,” he says. Bell was dragging Chat Heads and using them to Facebook message from his jailbroken iPhone’s Home screen within 24 hours of Facebook releasing the Chat Heads update to its iOS app. An early build of the tweak was then previewed on the The Verge.

“I separated the chat layer from Facebook and hid the rest of the UI. Once it was out, I hid everything else but Chat Heads,” explains Bell. “Originally, it would work for about a minute, and then Apple would put the app on pause and it would die.” Bell had to trick the Facebook app into staying open indefinitely.

Since Chat Heads are technically part of the Facebook app, Bell hasn’t been able to completely separate the two yet. The Facebook app has to be open for Chat Heads to stay alive. That means no Messages app integration yet, but Bell is confident he can get it to work eventually. 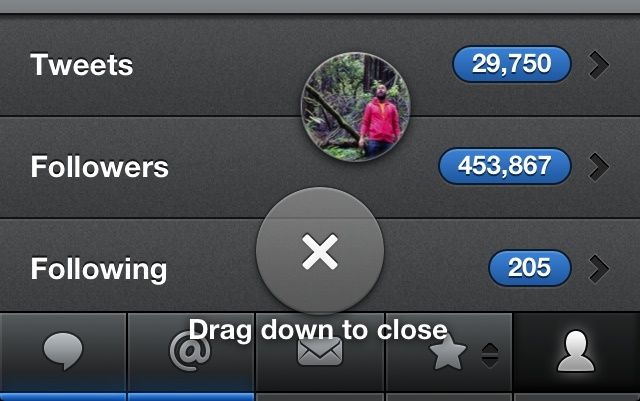 “It’s running in the sense that it’s there and it’s paused,” says Bell about Message Box. “Not everything is refreshing. I’m only getting messages because I’m pulling from the app every 15 seconds or so. The app is paused but graphics are getting rendered.” Additional battery drain shouldn’t be noticeable.

After testing Message Box on my jailbroken iPhone 5 and iPad, and I can confirm that it works smoothly. When a Chat Head is open in Facebook, it follows you when you leave the Facebook app. That means you can Facebook message while inside any iOS app, or the Home screen. Dragging a Chat Head to the bottom of the screen lets you toss it away.

Another note: when you install Message Box, make sure to completely reboot your iOS device for the tweak to enable itself.

Message Box should be available free in Cydia any moment now. It supports jailbroken iPhones and iPads. If you know what you’re doing and don’t want to wait, you can manually install the tweak from Bell’s GitHub page using iFile.