It’s been said about 120,386 times now, but holy crap, Ashton Kutcher really does look like Steve Jobs. This latest comparison almost got me excited about his movie. Like, Ashton looks impeccable as Steve Jobs, and because he’s got all those years of modeling under his belt, I’m gonna go ahead and say yes, Ashton is wearing that vest and tie combo better than El Jobso himself did.

I don’t wanna get ahead of myself, but maybe this really is the role he was born to play. Maybe jOBS won’t suck as badly as I claimed it will. If looks alone win you the Grand Jury Prize at Sundace (they don’t), then I think Ashton’s on his way. As for Woz, well, Josh Gad’s portrayal is embarrassing so far. The costume director couldn’t find him a denim shirt so they dressed him up in paisleys?

Here are some other Jobs vs Ashton comparison photos for good measure: 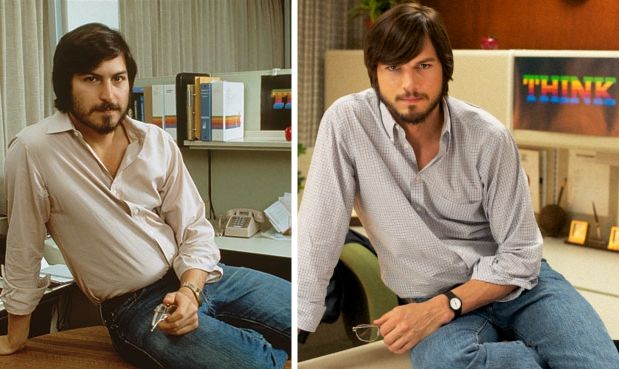 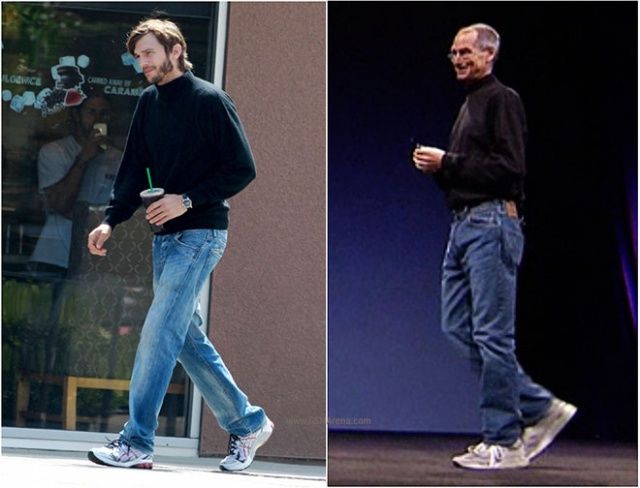 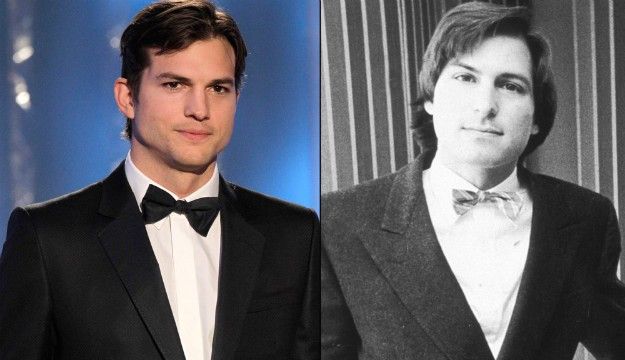 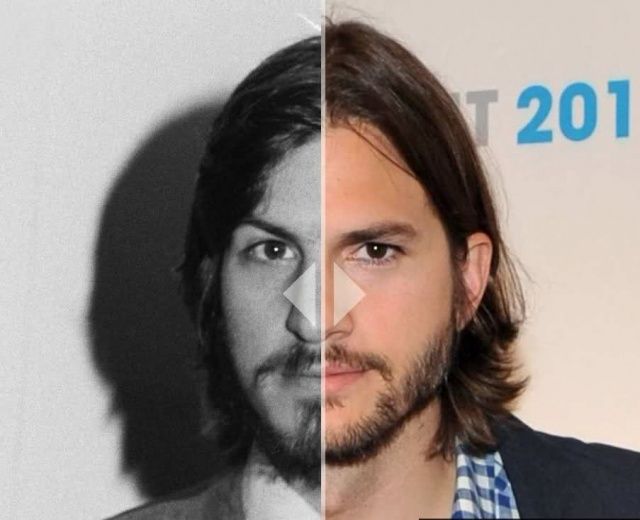