Mobile app analytics firm Distimo annually publishes a review of the past year’s growth and trends in the app space. For 2012, Distimo compared Apple’s App Store vs. Google Play on Android handsets. While both marketplaces are considered winners in their own right, the App Store is still where the real money comes from.

Google Play has technically been growing faster than the App Store in recent months, but the daily revenues generated in the App Store are still far greater than anything Google has been able to muster.

It’s amazing to think about how Apple has created such a profitable, app-based economy when you consider the numbers: an average day in November 2012 for the App Store was $150 million in revenues. Imagine how much has been made this month during the holidays. In the last four months, Google Play has seen aggressive growth of 43% in daily revenues, but the Android app marketplace still only generates about $3.5 million per day. (Figures were given by Distimo after examining activity in 20 of the largest countries for both stores.)

In the App Store, “the proportion of revenue that derived from in-apps increased from 53% to 69% in 2012,” according to Distimo. This shouldn’t come as a surprise after so many popular games have adopted the ‘freemium’ model to bait users with a free download.

The United States still leads in terms of revenues for the App Store. Japan, the United Kingdom, and Australia are also top contenders. For Google Play, Japan actually accounts for more revenues than the United States. Surprisingly, Japan is also the second largest market for iPhone app revenues, according to Distimo.

Another interesting tidbit from Distimo’s report is that Russians absolutely adore their iPads. “The country with the highest tablet proclivity is Russia, where 46% of all iOS downloads are on the iPad,” said Distimo. Japan has the least iPad activity—only 7% of App Store downloads are iPad apps.

The top three grossing publishers in 2012 for both the App Store and Google Play were Electronic Arts, Zynga and Gameloft. Despite the fact that Apple only sells its own apps in the App Store (iMove, Garageband, Pages, etc.), the Cupertino company was still the fourth highest grossing, cross-store publisher. That’s crazy when you consider that Apple only sells seven iOS apps. For the App Store, Google was the third largest publisher in terms of sheer downloads. That’s not hard to believe when the new Google Maps app was downloaded over 10 million times in only a few days.

Instagram was the most downloaded iOS app in 2012, while Google’s Street View took first place in Google Play. Games still generate the vast majority of revenues in both stores.

Looking ahead, the biggest problem the App Store faces in 2013 is probably discovery. While there’s a lot of good curation going on by Apple’s people on the front end of the store (editor’s picks, highlights, etc.), iOS 6 makes it harder to find the best apps in the App Store’s search. Sometimes it takes 10+ card swipes for me to find a popular app. Apple recently bought Chomp, a Genius-like app discovery tool that will hopefully continue to improve the App Store’s search algorithms. 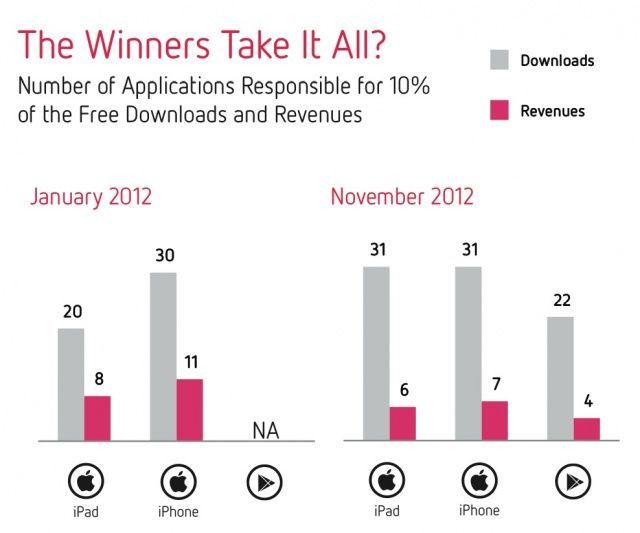 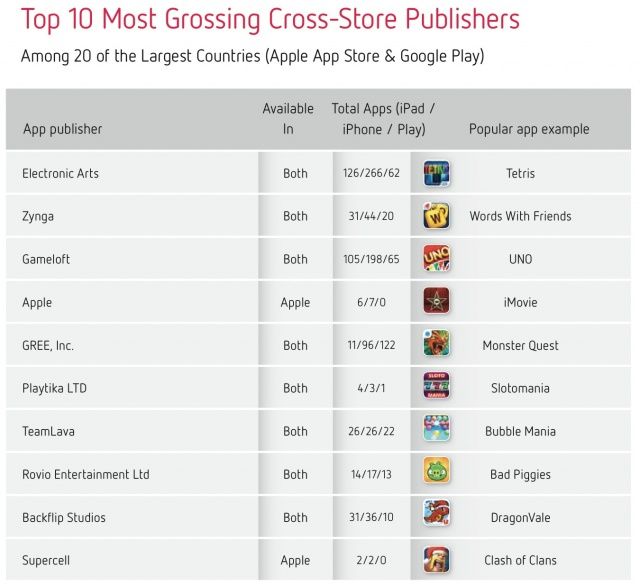 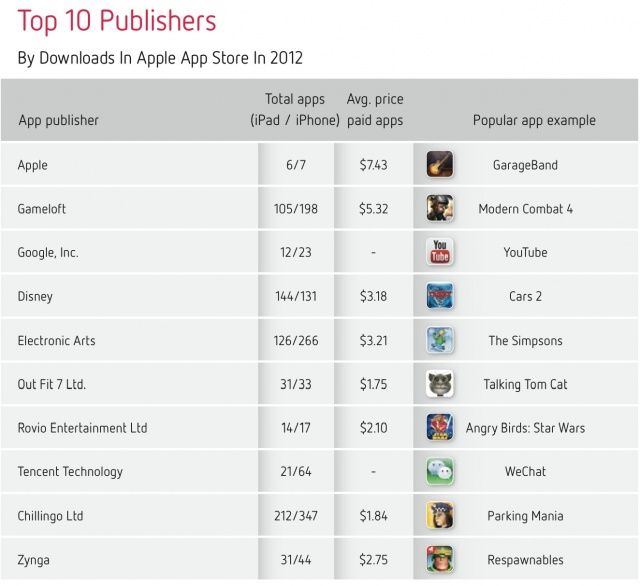 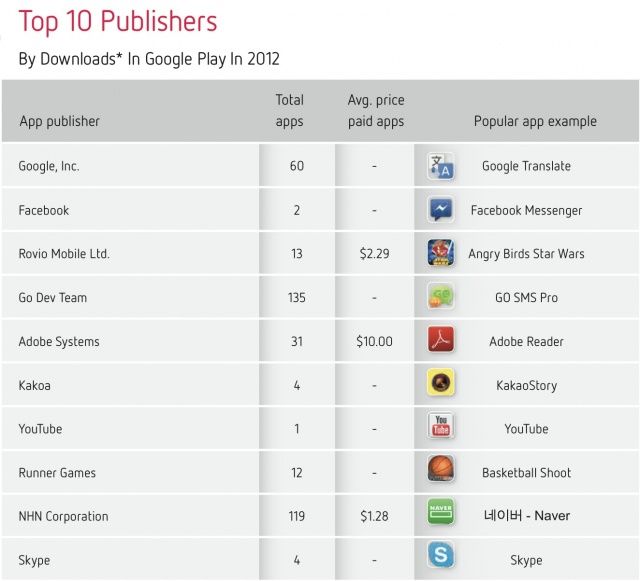