Logitech produces some of the best portable keyboards there are for the iPad, and it’s just announced another that will also work with your Mac, too. But not only is it compatible with both Mac and iOS devices, its awesome ‘Easy-Switch’ feature allows you to connect to up to three via Bluetooth at the same time and then quickly switch between them at the touch of a button.

The Easy-Switch keyboard offers all the function keys you’d expect from a Mac and iOS keyboard, including brightness controls, media controls, and more. It also has a built-in battery that’s rechargeable via USB, so you won’t have to keep stocking up on disposable batteries.

Another advantage the Easy-Switch has over Apple’s wireless keyboard is that its backlit, like your MacBook Pro, and the light’s brightness automatically adjusts to light changes in the room.

The keyboard’s best feature, however, is the ability to connect to three Mac and iOS devices at the same time and then quickly switch between them with the dedicated hot keys. Gone are the days when you have to unpair your keyboard from your Mac to use it with your iPad or iPhone. Simply pair them all at once and switch between them as you wish.

The Easy-Switch keyboard is priced at $99.99, and you can pre-order it now from Logitech’s website. Shipping to the United States and Europe is expected to take place in early 2013.

Logitech also announced a new wireless trackpad today, a competitor to Apple’s own Magic Trackpad. Like the keyboard is has a rechargeable battery built-in, while its smooth glass top “allows your fingers to glide effortlessly across the surface.” It also supports multi-touch gestures. 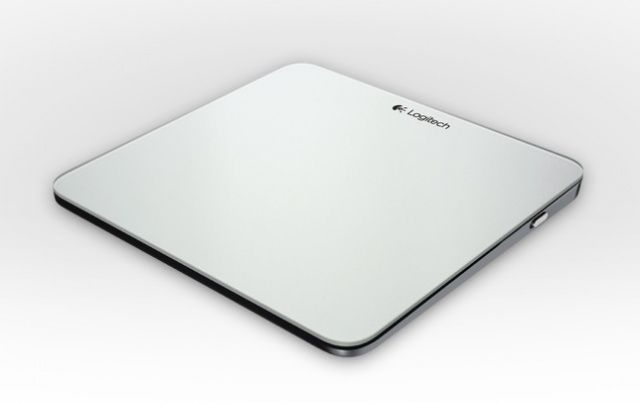 The trackpad will begin shipping the same time the keyboard does, and it’s priced at $69.99.