When the PadPivot arrived, I scoffed: It’s just another iPad stand after all, and a weird-looking one at that. But then I started using it, an interesting thing happened: It grew on me quicker than almost any other gadget I have.

A few weeks later and the PadPivot has not only ousted several other widgets from my gear-bag, but – if it was pried from my fingers right now, I’d immediately order myself up a new one. 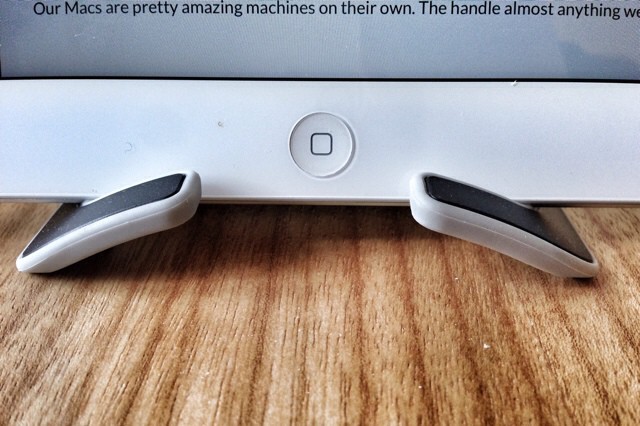 The PadPivot is a versatile little thing. It’s essentially a curved plastic base with a pose-able sticky pad on top. The idea is that the base will sit atop a thigh or a table and keep the iPad at a handy angle. And included leg-strap keeps it in place (although I never actually used it beyond a quick test), and the nano coating on the top section grabs any smooth surface like glue, only it’s totally reusable, requiring only that you remove the dust every now and then. 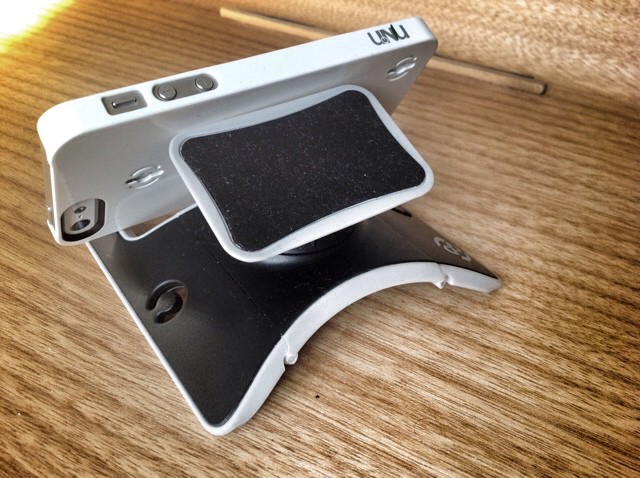 The PadPivot actually works better for me as an iPhone stand, at least when it’s being used with the sticky pad. It keeps the iPhone off wet tabletops and stops it from slipping off the top of the fridge when I’m listening to podcasts and preparing the morning smoothie. It is also sturdy enough to keep my iPhone in place as I stab at the screen whilst working.

But the real magic comes when you use the thing as a stand. That slot at the front, along with its surrounding arms, is the perfect place to put the iPad in either portrait or landscape orientations. The back of the iPod (or the iPhone, in landscape) is propped up by the adjustable, swiveling platform. Depending on which way around you set this platform, you can choose from four different angles (or more, if you want to fine-tune things). 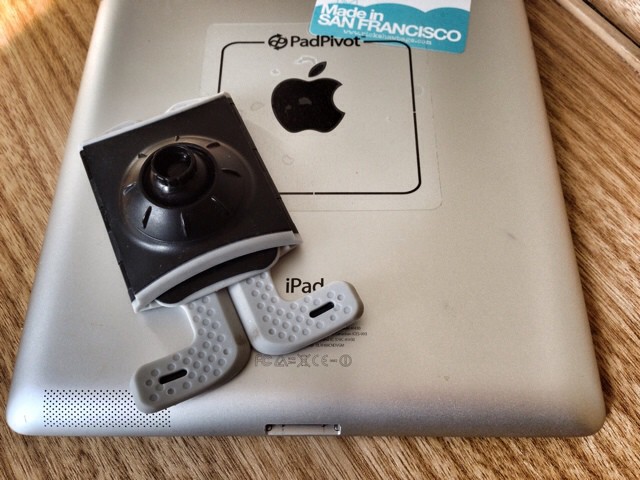 This base is rock solid. Even in portrait, you can pole away at the iPad’s screen and it won’t fall over (it’ll rock back if you push it, but won’t fall even if you tip it up pretty steeply.

And when you’re done, the PadPivot folds in on itself for transport. And by “transport” I mean “slip into a jeans pocket.” You can even unscrew the sticky pad and hide it inside the folded unit for protection.

The only thing I don’t like is the adjustment of the top platform’s angle. There’s a locking collar which clamps down on a ball-and-socket joint. This is strong, but it is also hard to screw and unscrew. This is partially because it’s hidden under the platform and hard to get any purchase on, but also because the ribs on the screw-ring are too shallow, too few and too shiny to provide a decent grip.

If this ring was instead covered with the same rubbery material as the unit’s base, or had a knob on one side to grab hold of, it would be ideal. 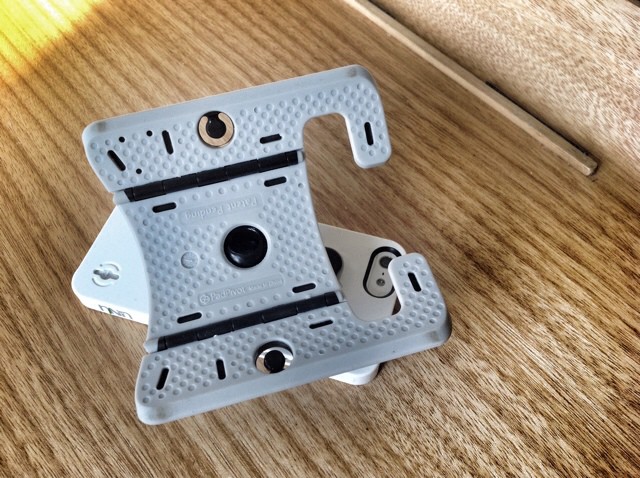 Still, despite this annoyance, the PadPivot really is the best stand I have ever used. I keep it in my bag whenever I take my iPad out with me (it’s small and light enough not to notice), and around the house it has replaced the Smart Cover (for propping purposes), an old business-card display unit (my previous movie-watching stand, bought years ago for the purpose and still going strong) and even my Incase Origami Workstation – now I use the PadPivot to hold up my iPad while I type on whichever Bluetooth keyboard I’m currently testing.

The short form: If you want a fantastic iPad (And iPhone) stand, buy this one. It’s pretty great. $40.