The little Jambox speaker isn’t the loudest, or even the best-sounding portable speaker out there, but somehow it is the most popular, and it’s probably the most portable. And it’s certainly the most cute.

I have one and I love it. Sometimes, though, you just need more. And that’s the idea of the Big Jambox, the best-named product of the year. Is it just a bigger version of its little brother? Kinda, but not quite. 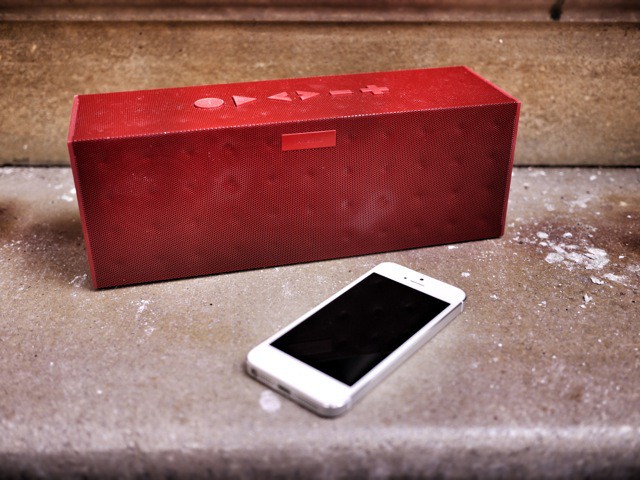 The Big Jambox looks weird at first, so similar is it to the regular Jambox. It looks like a person body has suddenly grown, but whose face has stayed the same size (it’s face in this case being the buttons up on top). But you soon get used to that.

The Big Jambox also gains a few extra buttons. In addition to the volume and call buttons of the original, you now get buttons to skip tracks and to play/pause you music. These are great, especially for podcasts (more about which in a second). There’s also a separate pairing button on the side, instead of the combined power/pairing slider. It makes little difference in use, other than that you might find yourself using the wrong one to do the right thing, or vice-versa.

The other difference is the charger. You need to use the supplied 12-volt wall-wart to juice this Jambox, unlike the USB charger of the regular-sized speaker.

The Big Jambox is big, in both stature and sound. Crank it up and you will more than fill a small room. Take it outside and you easily have enough watts to power a grill party and annoy the neighbors. 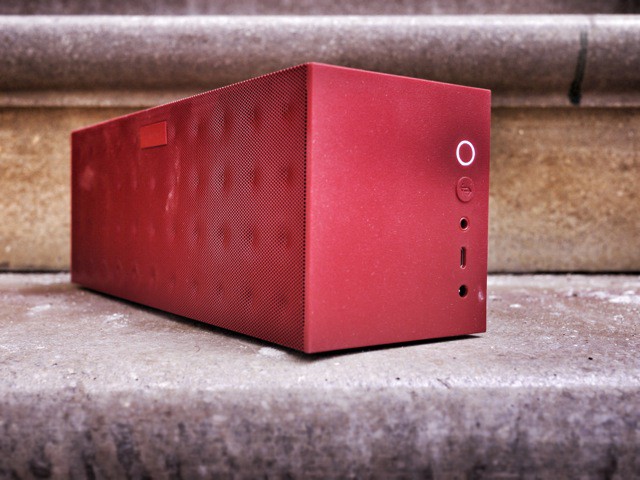 And hook this thing up to an iPad and put on a movie and you’ll be amazed. I just got through watching Drive, and the music and car chases were almost too loud. Almost. The Big Jambox also uses Live Audio like its little brother, and this processes stereo sound to appear as if it’s coming from around you. The effect can be startling, especially with movies, although oddly the smaller JamBox seems to offer a more focussed 3-D soundscape, even while it struggles to deliver dialog that’s loud enough to hear easily.

The battery lasts well enough, although this really isn’t a problem anyway as you’re unlikely to be straying far from a power outlet — the speaker is portable, but not pocketable.

In the words of Huey Lewis, the speaker is just too darned loud. Or, more precisely, it only really sounds good when it’s cranked up. This is fine for music and movies (which really do sound spectacular), but for listening to podcasts while you’re cooking or other low-level tasks, the sound is out of balance. At low volumes the bass overwhelms everything else and the speaker sounds muffled.

If you’re a gadget reviewer, or you have lots of money to spare, that’s no problem: you just keep separate speakers for separate uses. For everyone else, you’ll either need to compromise or just move to a bigger home. 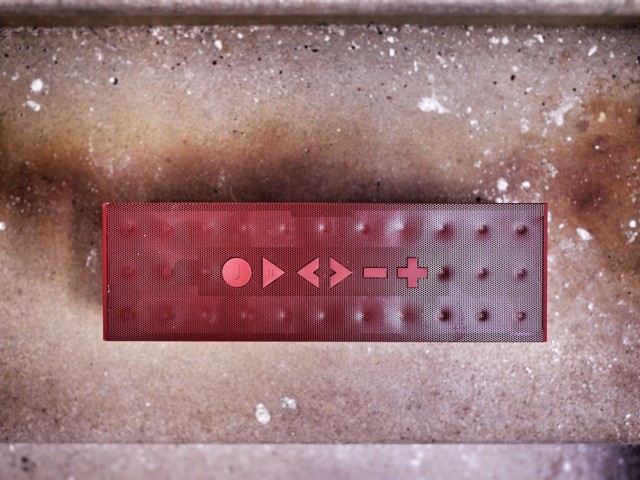 The Big Jambox is the perfect companion to the regular Jambox, and you really need to own both to cover the full range of uses. Think of them as like Asterix and Obelix — each has his own strengths, and they work better as a team. But that gets you to $500, which might be a little rich for some. For me, the little Jambox is way more versatile, and likely to fit into your everyday life better. But there’s no doubt that if you need to rock, the Big Jambox is easily up to the job.