The iPhone camera has sparked a revolution in self-portraits – both above and below the belt. One Apple fanatic in San Francisco has turned the habit of iPhone users to say cheese into inspiration for a new kind of portrait.

The final effect is so far away from DIY nudie shots that the photos here don’t really do them justice. If you’re in San Francisco, you can check them out on this weekend at his studio. (October 26th from 6-9 pm, October 27 and 28 from 11 am – 6pm, Studio 3A 2150 Folsom Street. You can also see more on his site.) 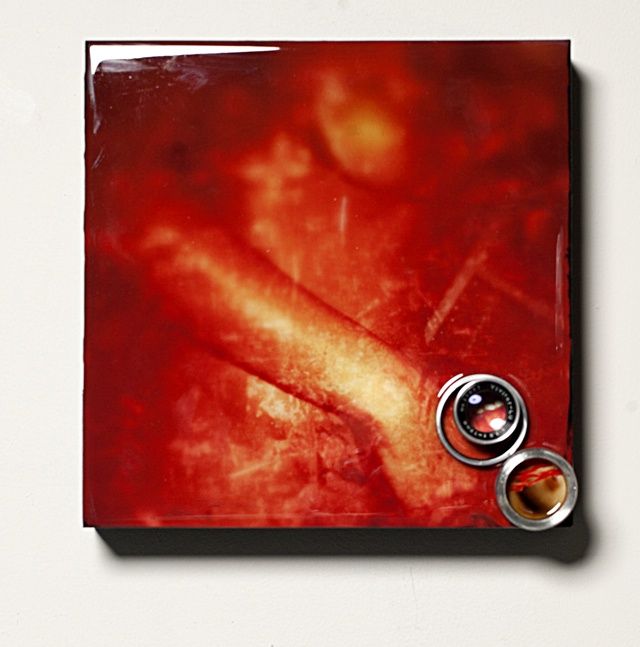 Capibaribe, also an event and wedding photographer, calls the works “Photo Affairs,” each work made up of a minimum of two “paragraphs,” which are 2.5 x 16 hand painted or re-photographed images finished with encaustic or resin. (Perhaps the most successful of these can be quickly reconfigured on your wall when your mother comes to visit.)

His deep feelings about Apple may sound familiar to some Cult of Mac readers: He refused to get serious with his wife – a woman of notable looks and patience –  until she bought an iPhone and says he received numerous condolence calls when Steve Jobs died.

The inspiration for working with iPhone self-portraits came about eight months ago when a friend in his native Brazil wanted a nude portrait but couldn’t make the trip to his SOMA studio. He gave her a few basic instructions for shooting herself with the iPhone — no busy background, use a direct light source — and the 80 or so self-snaps she sent were soon transformed.

Capibaribe scrolls through some shots on his iPhone, noting that they come in unprocessed before he gets to work. He does advise subjects to use a few apps when they shoot, mainly “Snapseed and Camera Plus, to give you more mobility and spontaneity. The TimeLapse app is cool too, it takes images in intervals as you naturally move and create new poses.”

Since then, he’s done another eight or so of these “Affairs,” almost all of them commissioned by attractive women. Although not camera shy, he says the biggest problem is that his subjects don’t get close enough with the device to provide enough contrast. (Which is why he prods them to submit between 80-100 pics.) 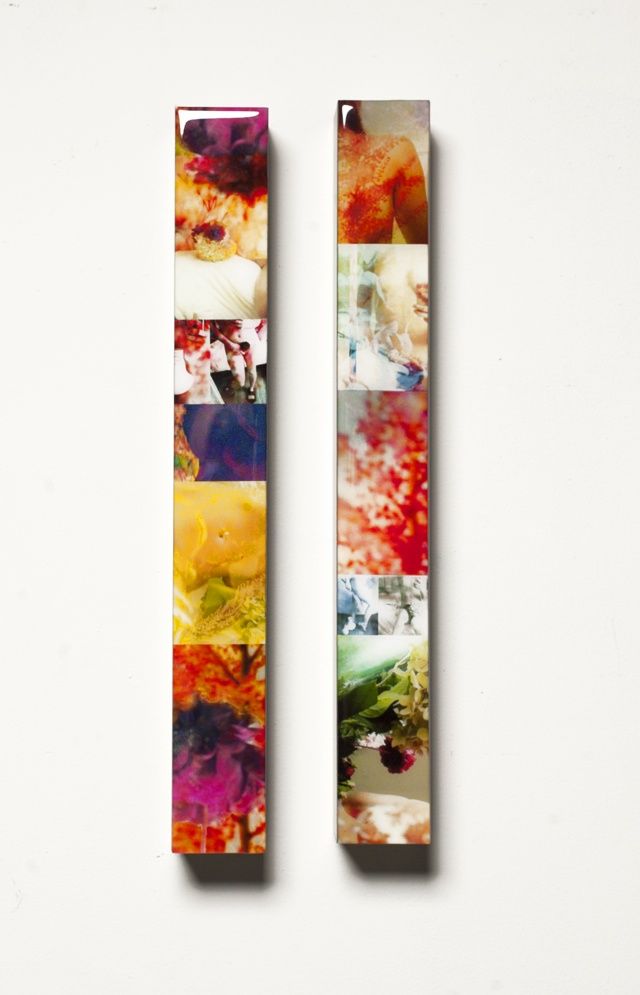 He encourages his subjects to have fun while shooting and let him know if there’s something they like or don’t like about the images – though he is quick to point out these aren’t the usual “glamor” portraits.

“After manipulating the images, I usually print them, hand paint, either scan again or re-photograph and apply the finish,” he said. “This not only a Photoshop manipulation thing, this is real work and art to live and breathe on my client’s walls.”