There have been rumors for the last month or so that Apple is planning to release a 13-inch MacBook Pro with Retina display later this year. While we haven’t seen any physical evidence of the MacBook’s existence, there have been a few Geekbench scores that support rumors that the new laptop will be coming soon.

Macrumors was tipped off about new benchmark score for a possible Retina MacBook Pro model that carries a “MacBookPro10,2” identifier. Even though Geekbench scores can be faked by enthusiasts, the scores for the MacBookPro10,2 line up pretty nicely with what we expect out of the rumored machine.

The machine sports many of the same internal components as the current high-end 13-inch MacBook Pro models with a 2.9GHz Core i7-3520M processor and the same motherboard identifier. MacRumors also notes that the machine is running a 12A2066 build of the unreleased OS X 10.8.1 that is rumored to be released in a few days. 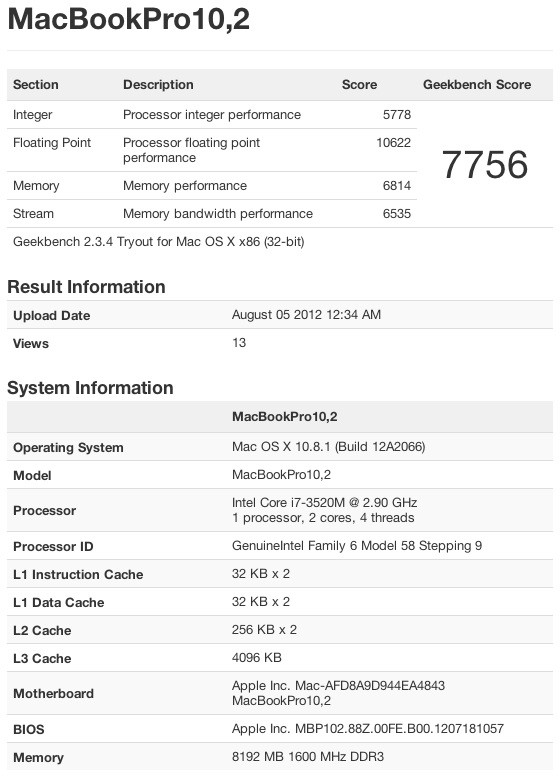