Apple’s iPad, with its sleek aluminum casing, large 9.7-inch display, is widely regarded as one of the most beautiful tablets currently available. But there was a time when it was as thick as a cheap Dell notebook and made from tacky white plastic — as these images of an early iPad prototype prove. 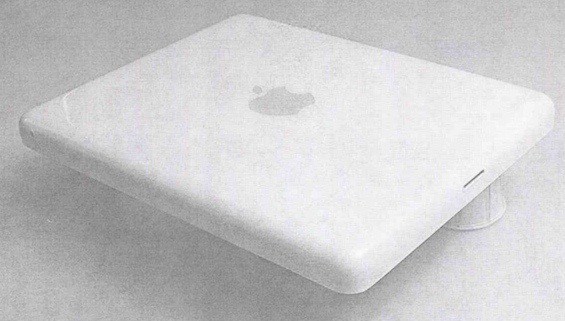 The images are part of Jony Ive’s deposition from an ongoing lawsuit between Apple and Samsung. According to Ive, they’re from a prototype iPad taken sometime between 2002 and 2004.

My recollection of first seeing it is very hazy, but it was, I’m guessing, sometime between 2002 and 2004, some but it was I remember seeing this and perhaps models similar to this when we were first exploring tablet designs that ultimately became the iPad.

To me, it looks a lot like the bottom casing of an old white MacBook, with a touchscreen placed on top. In actual fact, apart from its thickness, it’s not too dissimilar to the iPad we have today — even the dock connector sits in the same place at the bottom of the device.

Obviously Apple had to make it a lot thicker back then, because of the state of technology at the time. It also looks as though the home button hadn’t yet been invented.

It would be interesting to see what kind of specifications this prototype has — if indeed it was a working unit, and not just a design model.

MacRumors notes that one of the images included in Ive’s deposition (below) is almost identical to an illustration that features in one of Apple’s iPad patents.