A long time ago, before this site was born, we reviewed the Altec Lansing BackBeat 906 Bluetooth headphones, and liked ’em. Plantronics had their own identical version of the 906, as they had owned Plantronics since 2005 (the two companies parted ways about the time the 906 was released).

The Plantronics BackBeat Go ($100) is an evolution of the 906. Same principle — wireless (meaning there’s no wire conecting the player with the headset) music and calls in a compact form via the magic of Bluetooth — but in an even smaller and more svelte form factor. Should be even more fantstic, right? Let’s take a look.

For a stereo Bluetooth device, the Backbeat Go is amazingly tiny. It’s difficult to get much smaller than this; this has to be among the smallest stereo BT set on the market, if not the absolute smallest. Fantastic. And so light!

Because of the Go’s lack of bulk and weight, I expected them to be remarkably comfy; they weren’t. I kept having to readjust the right earpiece, which constantly tried to escape my ear canal. I rotated several times between the four tip sizes, but without luck. The set comes with a pair of rubber-ish stabilizers that fit under the eartips. That kept the tip from sliding out, but I still wasn’t able to achieve a decent seal — not a good thing when combined with the Go’s biggest flaw, which I’ll describe later.

The inline controls (answer calls, play/pause/skip tracks and volume) are pretty small, but comfortable and easy to use.

Cutting down on weight means a smaller battery: I wasn’t nearly able to wring the claimed 4.5 hours of talk time from the unit, ending up with perhaps a little over three hours of use.

Connection with the Samsung Nexus S or iPhone 4 test phones was decent when either was in my pants pocket, but range was limited, and sometimes an odd position would cause a brief loss of signal.

Here’s where things got a little sideways. Sound quality was a smidegeon better than I’d expected from a small Bluetooth set; volume, however, was far, far too low. Even cranked all the way up, I often had trouble hearing clearly when the ambient volume would rise to even a moderate level, and wind noise when at speed on the bicycle would likewise drown out sound (check state laws about riding a bicycle with earphones, as it’s against the law in some states). The problem was compounded by the poor sealing performance of the eartips.

Light, light, light — and no fumbling around with a cord. Once the stabilizers were in, these were unrivalled as a workout set. With the stabilzers in they were great companions on a little jog, and I imagine they’d be great on a stationary bike or elliptical.

The Go’s microphone wasn’t the best at picking up my voice, but worked fine as long as the background was pretty quiet. Pairing was a no-brainer. Charging was achieved through a micro-USB port hidden under a stubborn flap on the right earpiece.

There’s a free app from Plantronics that’ll add a battery indicator to your Android’s screen. Bear in mind it’ll only work on phones with ICS, or tablets with either Honeycomb or ICS.

A good choice as a workout set for music along peacful backroads or a quiet gym, with some call functionality thrown in; skip ’em for all other uses. 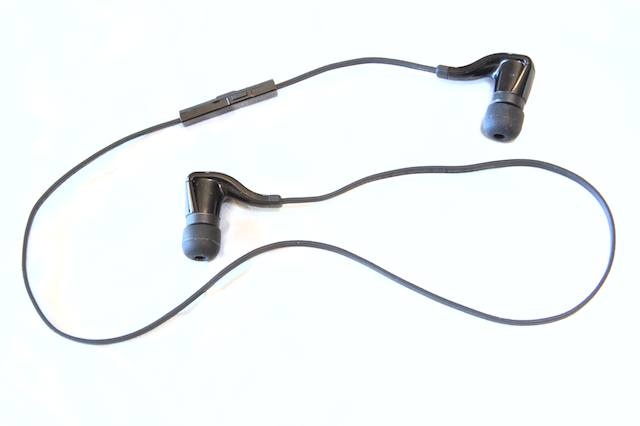 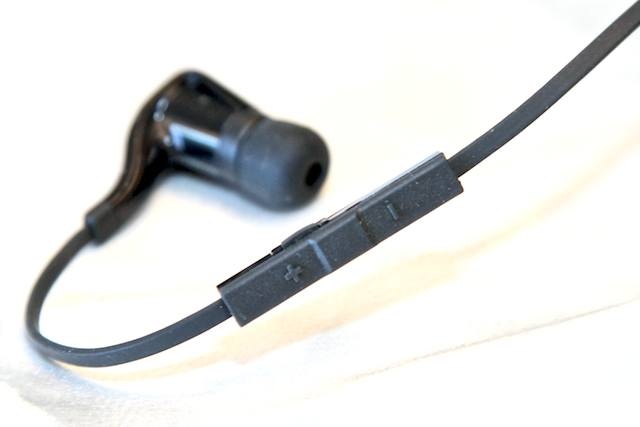