It’s dangerous and illegal, but I like listening to music when I’m riding my bicycle. Nothing like a bit of techno to get the blood pumping on a foggy morning. Trouble is, sound-isolating earbuds — the ones you jam deep in your ear canals — can get you killed. They sound great, but they block that firetruck running a red light with sirens blazing.

Altec Lansing’s Backbeat 906 Bluetooth headphones, which have great sound quality, don’t isolate you from the environment, and best of all, have no wires. Paired with an iPhone, they can be used for music and phone calls, even on the bike.

It’s vey liberating. Once you go wireless, it’s hard to go back. 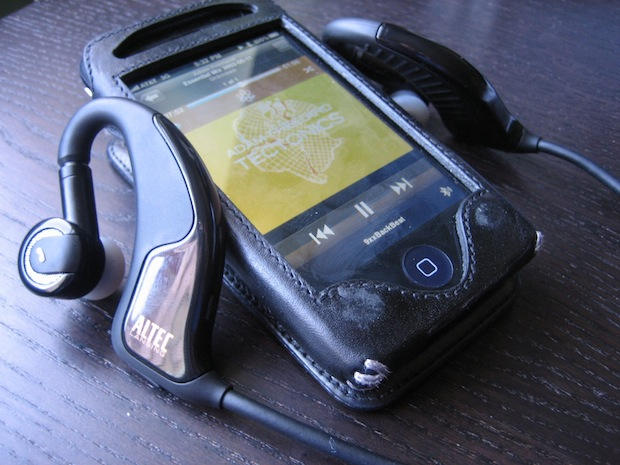 Until recently, using Bluetooth stereo headphones for listening to music on an iPod or iPhone wasn’t an option — Apple didn’t support it. But the iPhone/Touch OS 3.x update adds A2DP, a Bluetooth profile for streaming high-quality stereo music.

The Backbeat 906 headphones are light and simple. The earpieces are connected by a thick rubbery chord. They slip easily over the ear, and though they contain batteries for power, they are surprisingly light and comfortable.

You can wear the headset for hours without discomfort. The only problem is that because they are over-the-ear, they compete with your sunglasses. Also, my helmet strap occasionally forces one of the earpieces out of my ear. It’s inconsistent though. Sometimes it happens, sometimes it doesn’t.

The earpieces have swiveling, telescoping arms that can be repositioned for comfort and fit. After a little tweaking, I found a good fit for me, but there are complaints online that the fit never works.

Sound is piped into your ears by a pair of sculpted rubber earpieces which sit just inside your ear canals. Music sounds very good, especially with Bass Boost turned on. Press and hold the Play/Pause button on the right earpiece, and the bass is boosted to surprisingly power. The relatively small 14mm drivers actually sound a lot beefier.

Sound quality is comparable to the wired earbuds that come with the iPod/iPhone (which is actually better than most people give credit for). Music sounds good, and you can also hear most of what goes on around you — if you don’t have the volume up too high.

For phone calls there are two microphones — one in each earpiece — so call quality is surprisingly good, although at first you it’s hard to trust that your voice is getting picked up without a microphone right in front of your cake hole. But it is, and it sounds great. The mics are equipped with AudioIQ background noise filtering. I rarely have trouble with the other party hearing my voice, even when I’m flying on the bike. 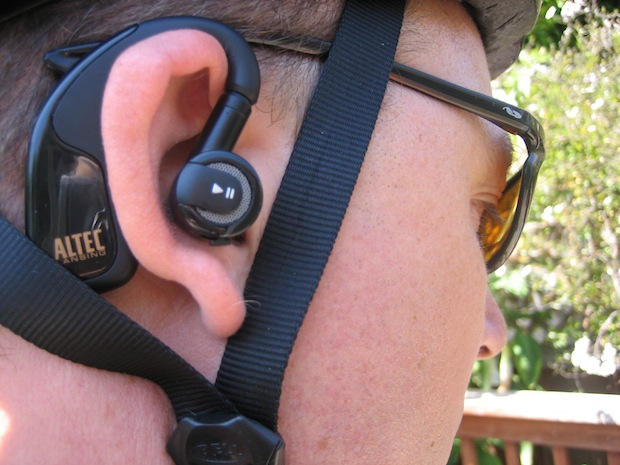 Controls are basic but logical. You can play and pause music; increase or decrease the volume; and answer and end calls.

The right earpiece has a play/pause button that starts and stops music, and the left earpiece a separate button to answer or end calls. The volume is increased or decreased with a switch under the right earbud. With some devices this switch will also change tracks — but not the iPhone or iPod touch.

You also can’t initiate calls and you can’t fast-forward or skip tracks on the iPhone/iPt — the Bluetooth profile doesn’t support it, though some other players do.

The controls provide audio feedback — little beeps and bleeps when you raise the volume or turn the headset on or off.

You listen to music, and when a call comes in, you tap the “Call” button on the left earpiece to answer. You can also hit the “Play” button to initiate the OpenMic feature, which lets you hear your surroundings rather than music streaming wirelessly. It’s handy at a coffeeshop or in traffic, allowing you to hear without taking the headset off.

Pairing is a very easy, two-second operation. The Bluetooth connection is pretty reliable. I’ve not had a problem with devices recognizing each other and pairing almost instantly.

Altec Lansing promises up to seven hours of battery life for talking or listening to music, and I’ve run it all day without having to recharge it.

The rubberized wire is pretty unobtrusive and whole headset is very durable. I’ve been using it for months now, and although it is frequently bathed in sweat (yeah, I know, gross), it works just fine.

The headphones include a wireless dongle for streaming music from non-Bluetooth devices — radios, older iPods and CD players. About the size of a cigarette pack, the wireless dongle plugs into a regular 3.5mm headphone jack. It’s charged by the same mini-USB charger for the Backbeat headphones.

The one problem I’ve had is with this mini-USB power adapter, which makes it harder to share standard USB chargers or cables with other devices. 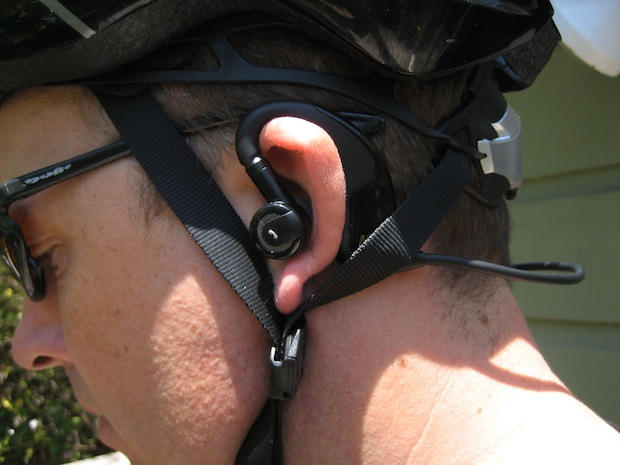 Conclusion
The Backbeat 906 isn’t cool, but it’s not embarrassing either. Music sounds pretty good, and there’s the convenience of hands-free phone calls on the bike, in the car, or just walking about. There’s no wires to snag on the handlebars and rip the earbuds painfully from you ears. You can hear most of what’s going on around you, even while listening to music, and it’s easy to open the mic up when you want to hear everything. Did I mention there’s no wires? 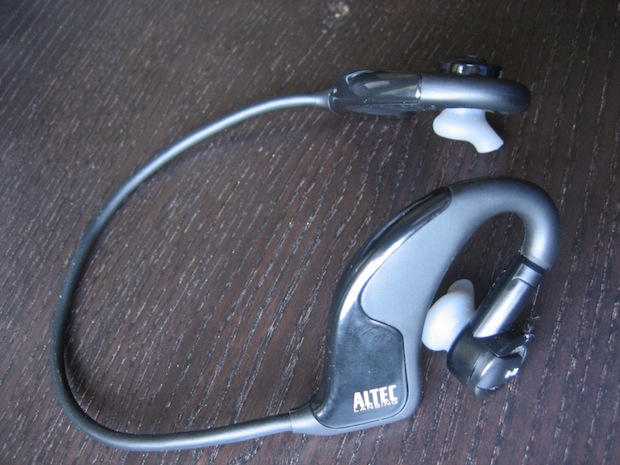 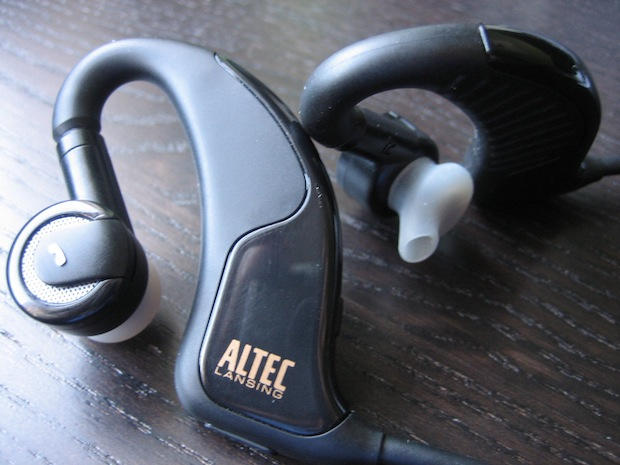 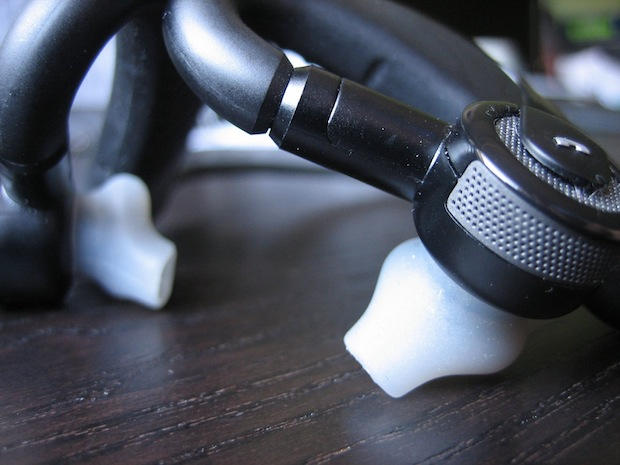 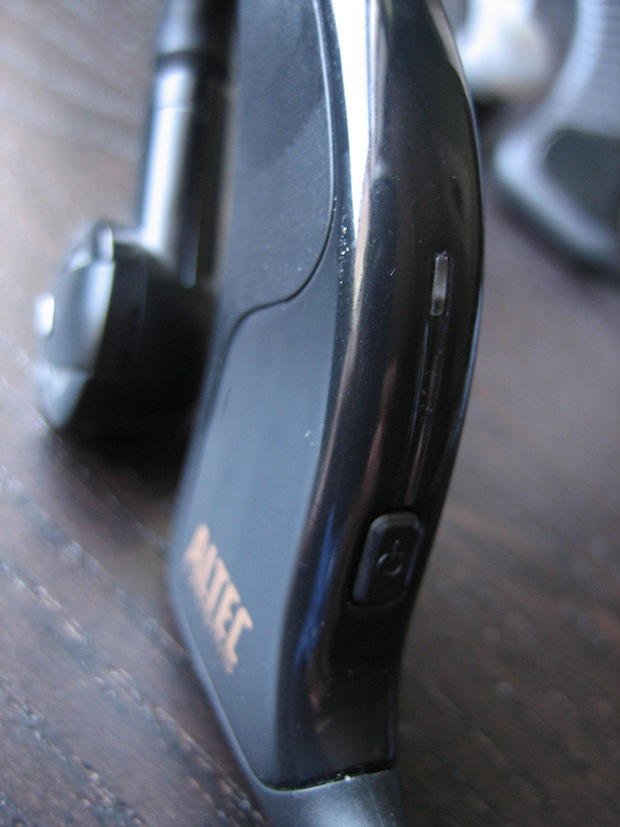 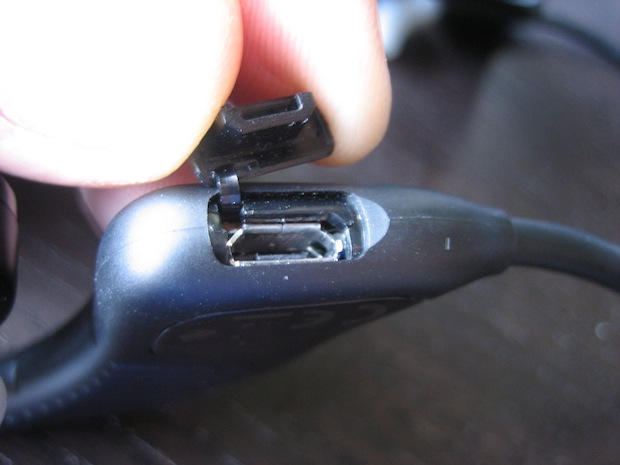