Apple has made a change to how it markets the new third-generation iPad around the world following complaints from an Australian competition regulator. The ACCC took Apple to court in the land down under over the latest iPad’s “4G” branding. Apple marketed the tablet in Australia as being capable of 4G data speeds despite the fact that the new iPad cannot currently use a 4G network in the country.

Without any public statement or announcement Apple has quietly changed the new iPad’s “Wi-Fi + 4G” label to “WiFi + Cellular.”

The change was spotted earlier today, but it looks like Apple started making the change to its online stores around the world over the last couple days. Apple’s online stores in Australia, the United States, United Kingdom, Canada, and more now all show the new label.

In Australia specifically Apple makes it clear that “This product supports very fast cellular networks. It is not compatible with current Australian 4G LTE networks and WiMAX networks.” 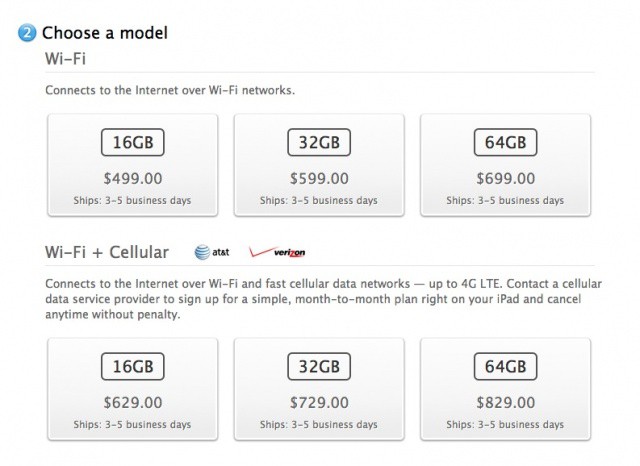 The new “Wi-Fi + Cellular” branding should keep Apple out of hot water in other countries where the new iPad can’t actually take advantage of 4G data speeds, like the United Kingdom. After this weekend the new iPad will be available in 90 countries.

Apple’s new iPad can technically only use a total of 5 4G networks in the United States and Canada. At the third-gen iPad event in March Apple said that it was working to add more 4G partners around the world.