2012 has been a good year for vintage Macs surfacing from obscurity. Earlier this year we brought you news about an original 128k Mac with 5.25″ Twiggy floppy disk for sale on eBay. This same owner contacted Cult of Mac recently to share some photos of his latest rare find: a prototype Macintosh SE with a clear plastic outer case, used for engineering air flow studies.

Who says all old Macs were beige?

eBay seller wozniac – aka Adam G of Vancouver (not that other Woz) – is a very lucky vintage Mac collector and proprietor. But unlike the Twiggy Mac, this unit is not for sale. According to Adam:

“Aladdin was the code-name for the Mac SE computer. Being that the SE was the first Mac […] that used a fan for its cooling, they needed to do smoke tests with these units to see how the air flowed inside the machine and move components on the power sweep / analog board accordingly, to provide adequate cooling to them. Attached are some photos after I got this system back up and running. ” 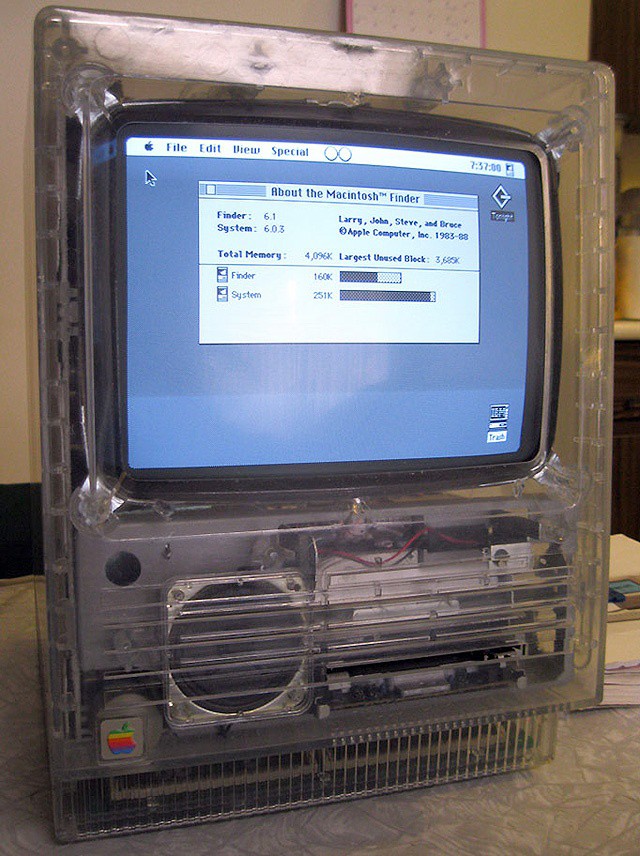 This SE is one of ten clear prototypes that were produced into fully working units; apparently 8 have survived. Adam managed to acquire his machine from a former Apple Project Manager who signed the purchase order to have the clear systems produced. 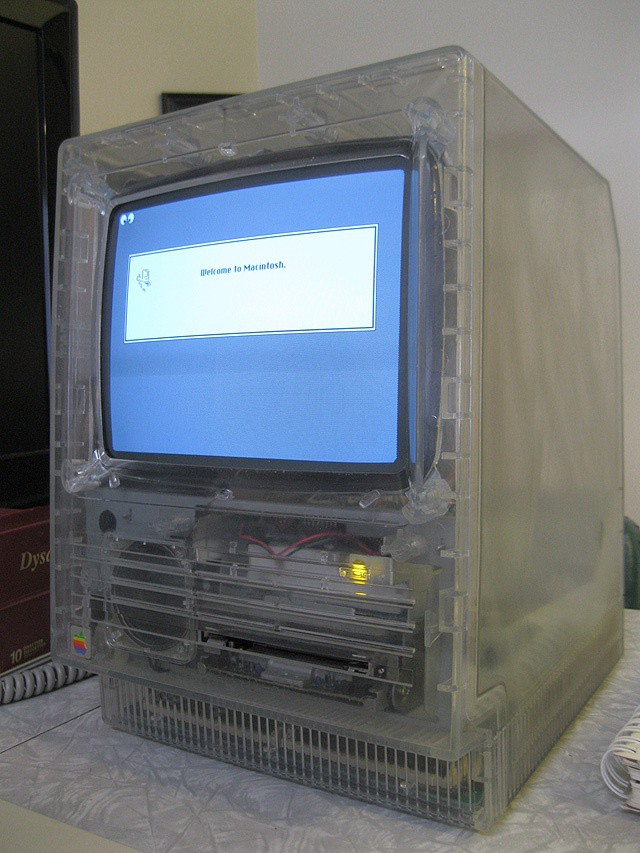 The codename Aladdin was one of a series of names used during the Mac SE’s development. According to Mactracker other SE code names were PlusPlus, Freeport, Maui, and Chablis.

It’s interesting to see the codename silkscreened into the logic and power supply (analog) boards. Production models read “Macintosh SE” rather than “Aladdin” in these same locations.

Keep it up, Adam – we look forward to the next great find!