Screenshot Journal was created “with iOS designers and developers in mind,” but it is useful for anyone who takes a lot of screenshots. For instance — and I’ll pick a completely random example here — tech bloggers.

The (universal) app does one thing: gather all the screenshots from your camera roll and organize them for your viewing pleasure.

On launch, Screenshot Journal parses your camera roll for screenshots, filtering from all the Instabreakfast and Instadoggie photos cluttering it up. The resulting thumbnails are sorted by month.

Tapping a thumbnail takes you to the viewer. Here, you can zoom in way more than you can in the photos app (200%, 400%, 800%, 1600%, and 3200%), and without the fuzzy pixel interpolation added by Apple. Instead, you get sharp-edged pixels (essential for inspecting UI components) and you can even overlay a grid. Here’s the image from the top of the post zoomed in to 3200%: 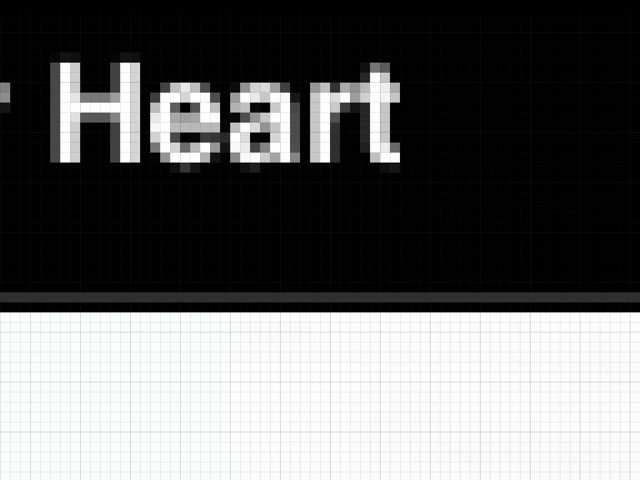 Because Apple (probably quite rightly) doesn’t let any other apps delete photos from your camera roll (not even its own iPhoto), you still can’t clear out all the crap from amongst your snapshots. But at least now you can do it the other way around. Screenshot Journal is available now in the app store for just $2.