In 1985, after a power struggle developed between Steve Jobs and John Sculley, Apple Computer’s charismatic co-founder was forced out of the company his vision had created. For the next twelve years, the company foundered, lost marketshare hand over fist and almost went bankrupt before Jobs returned to the company in 1997 to put things right.

We all know that story. Still, it’s amazing how just one item from the dark years can hilariously put the disconnect between pre- and post-Jobs Apple in sharp relief. Could anything better exemplify the now-amusing differences in vision between Apple under Jobs and Apple under Sculley than this 1987 relic, The Apple Catalogue?

Right here, in these yellowed pages, is the difference between John Sculley and Steve Jobs. John Sculley internalized all of the lessons he learned at Pepsi making fizzy sugar water: he tried to turn Apple into a whored-out brand for the Pepsi Generation, where the logo was the product. Steve Jobs’s vision was very different: he was out to change the world.

Here’s the complete catalog. As egregious as this shilled out tat is, there’s more than a few products here I wouldn’t mind getting for Christmas. That beer stein and watch are pretty swank, but my vote would be for the leather computer bag on page 1. What’s your favorite? 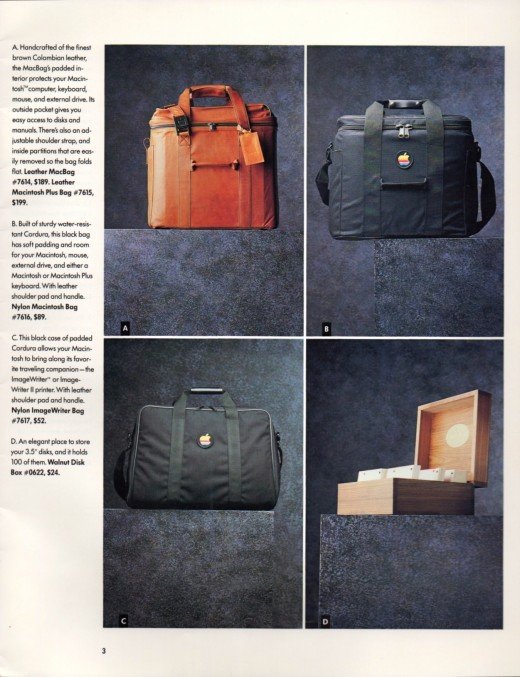 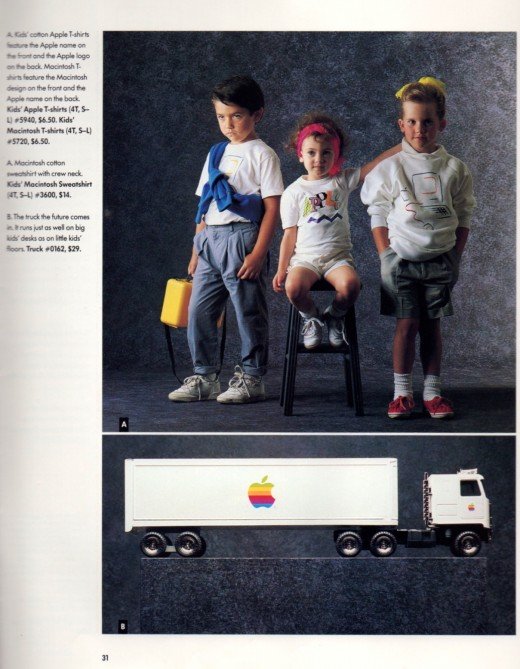 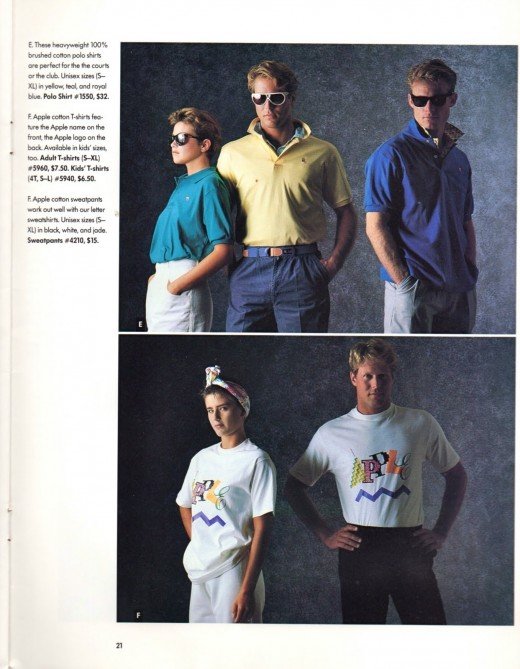 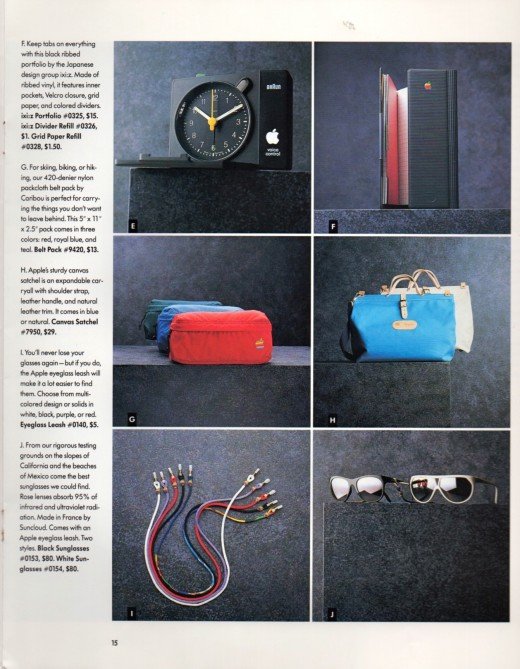 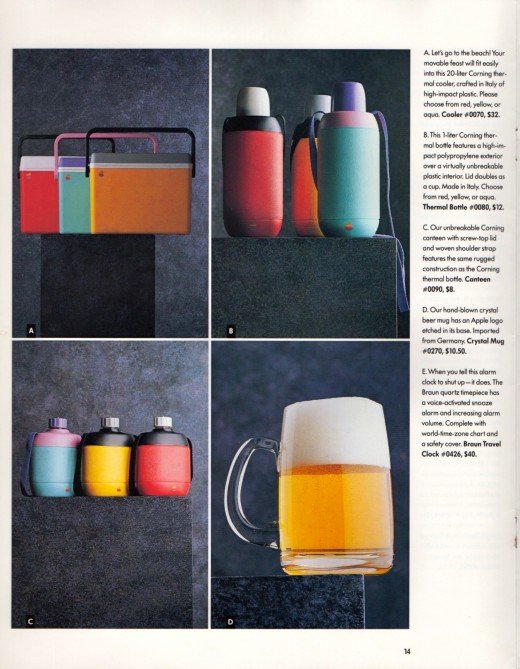 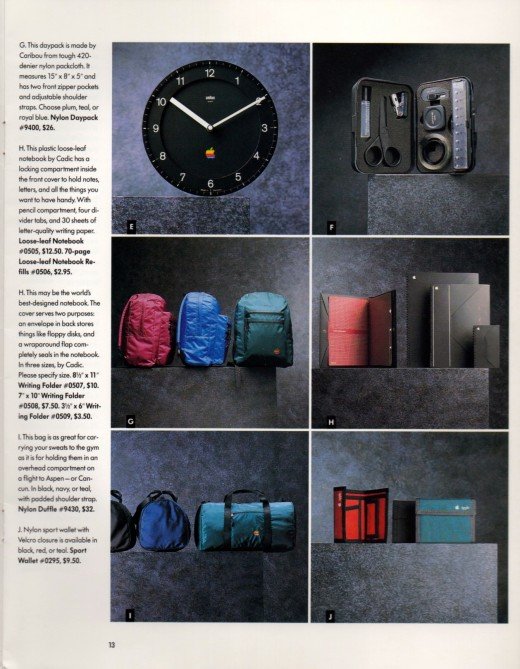 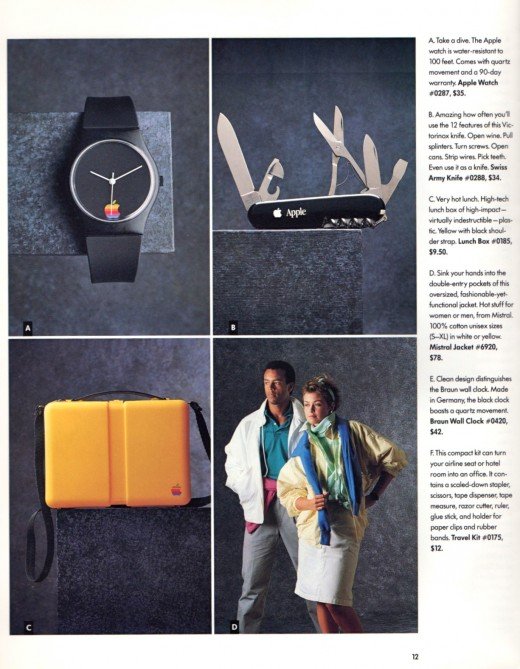 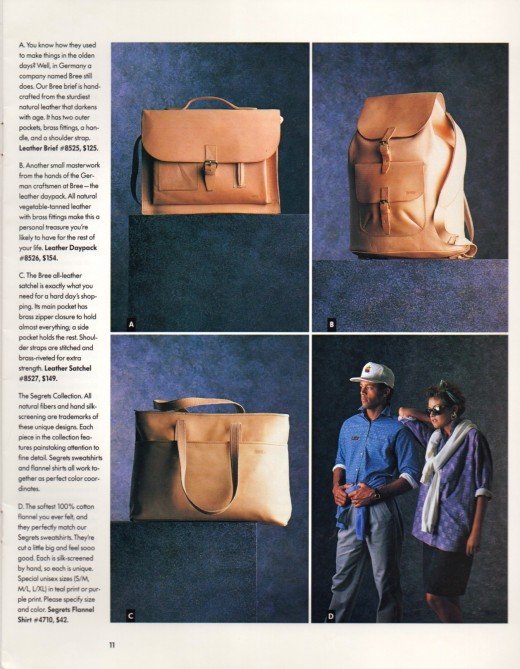 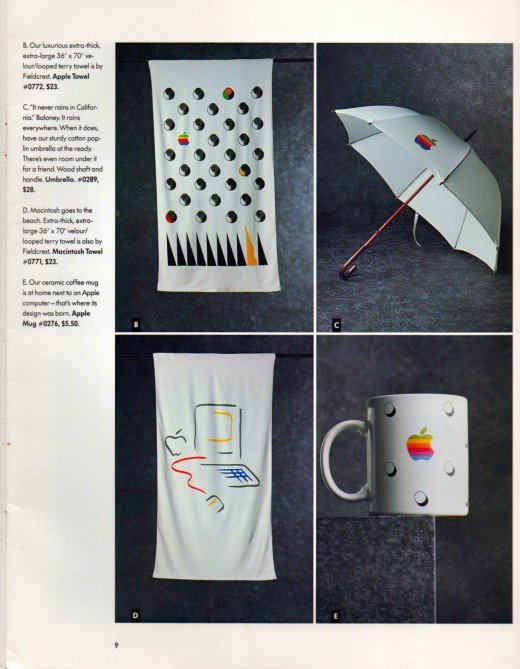 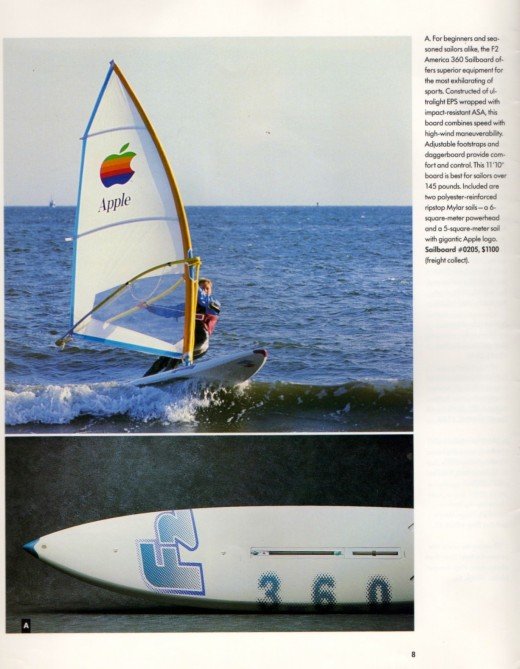 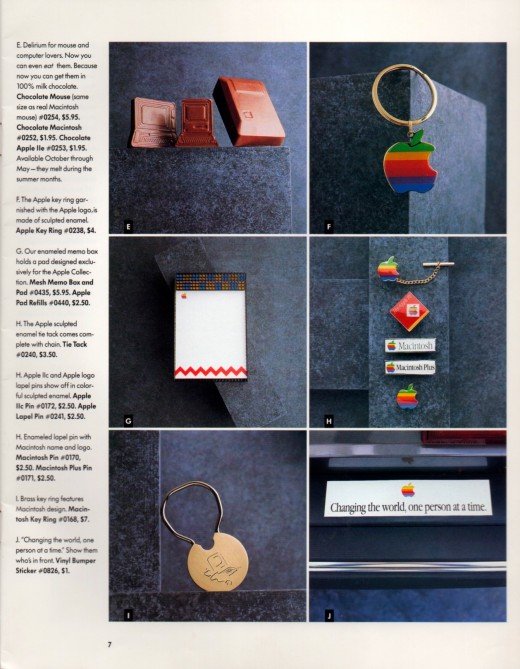 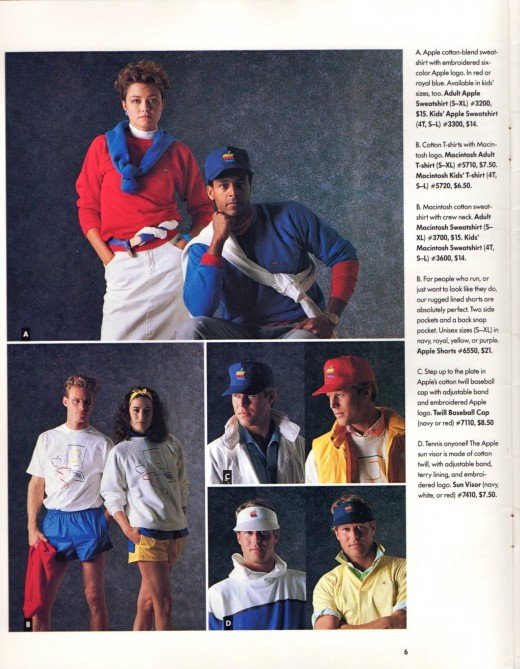 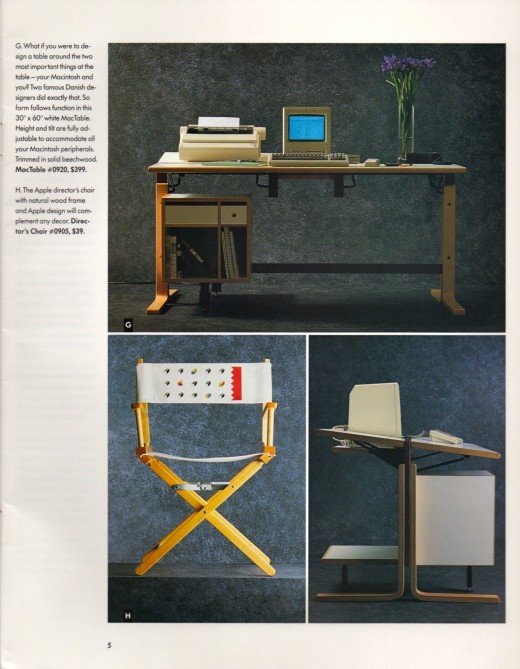 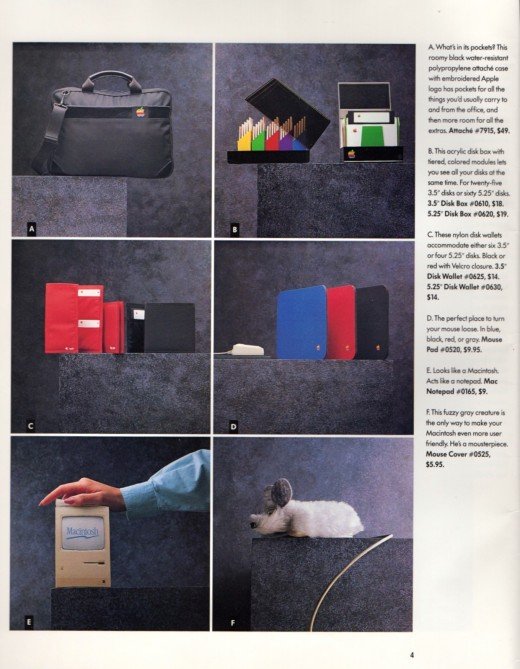 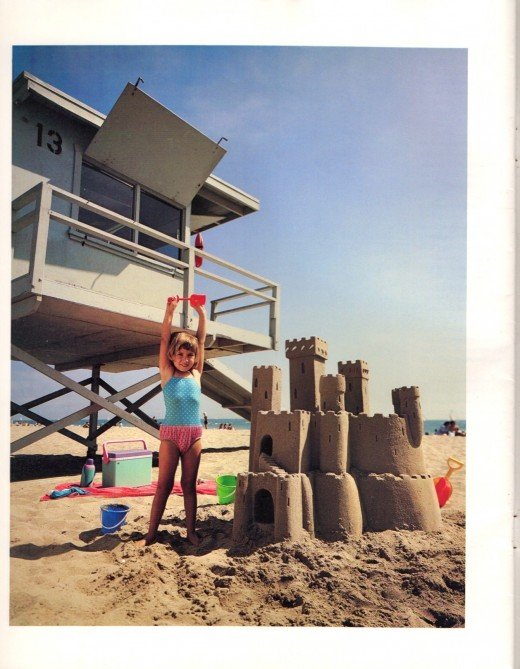 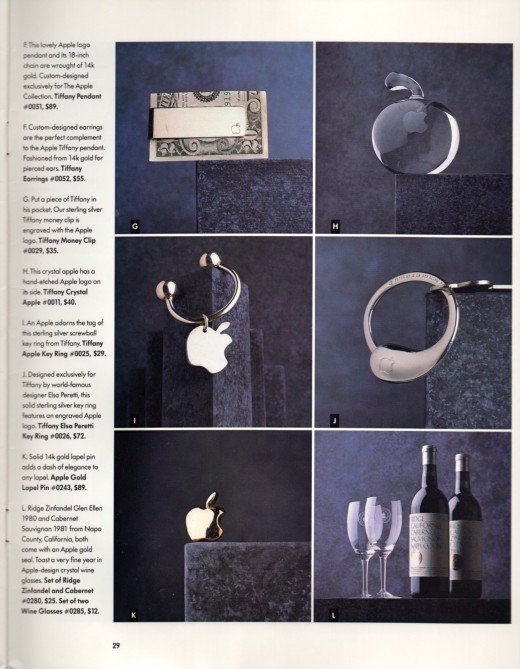 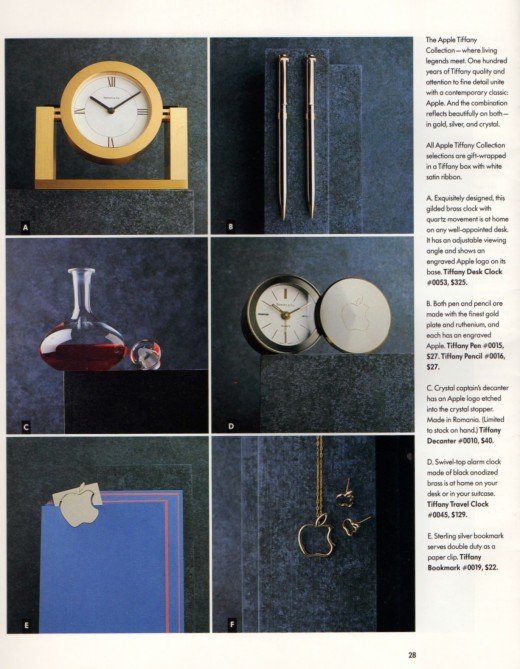 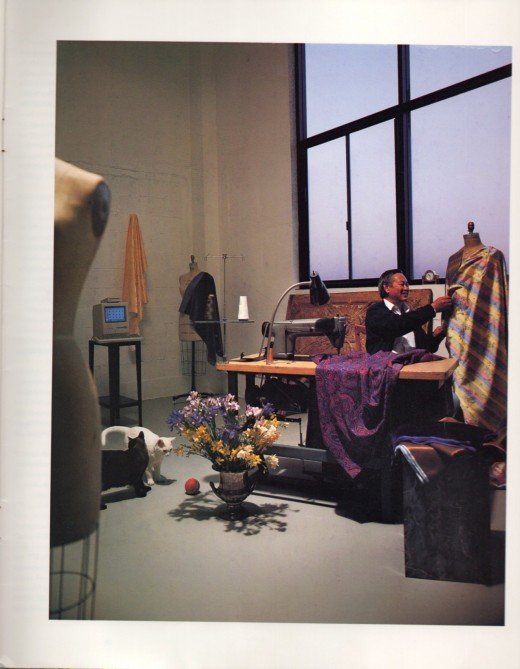 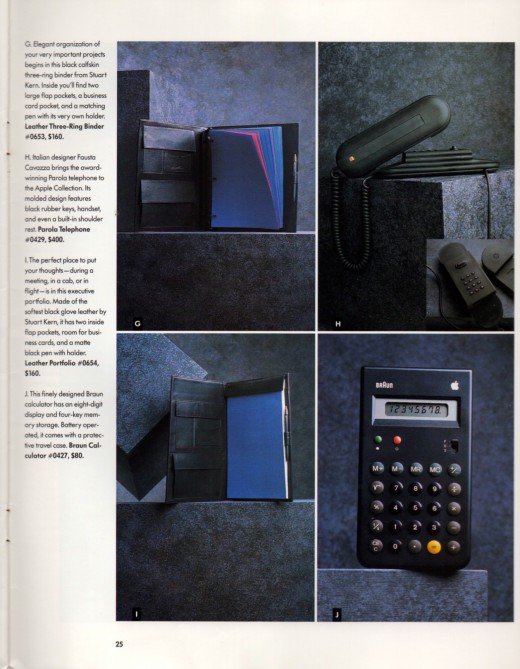 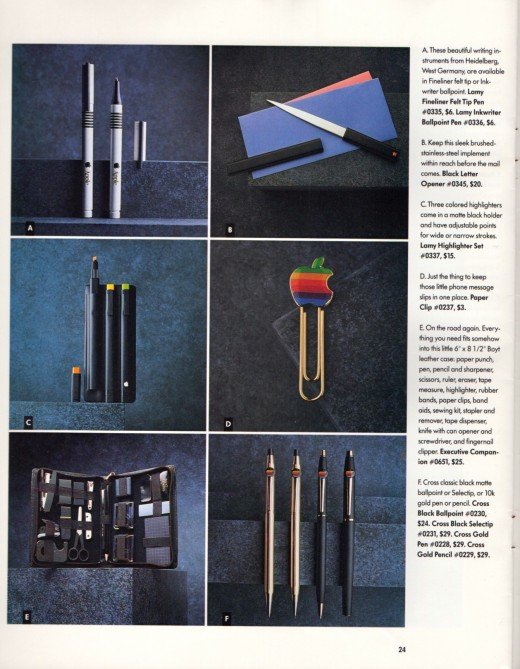 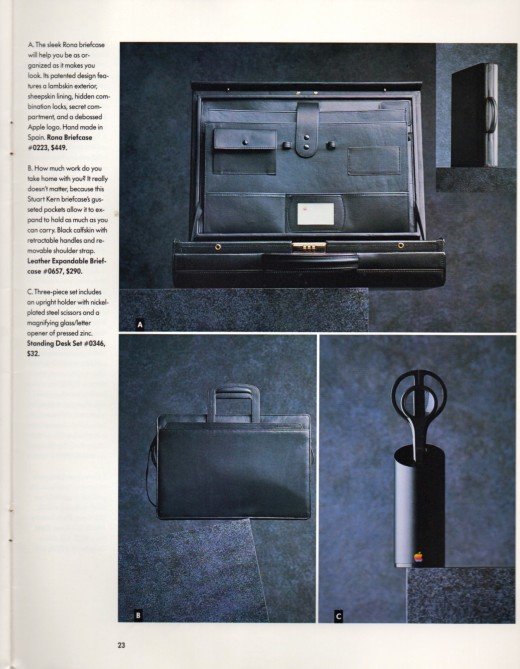 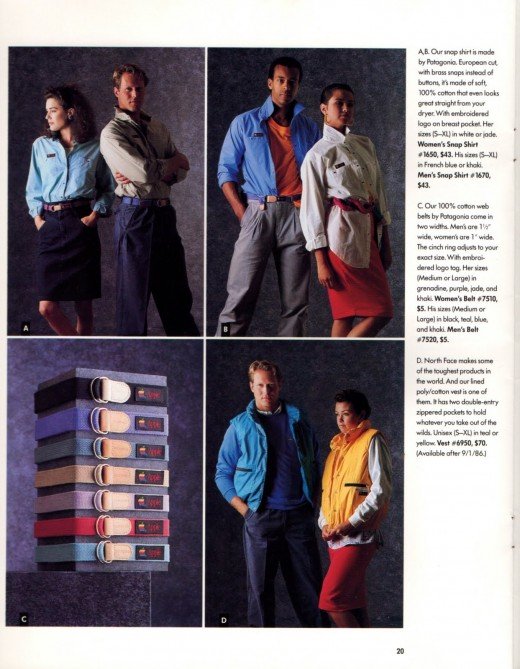 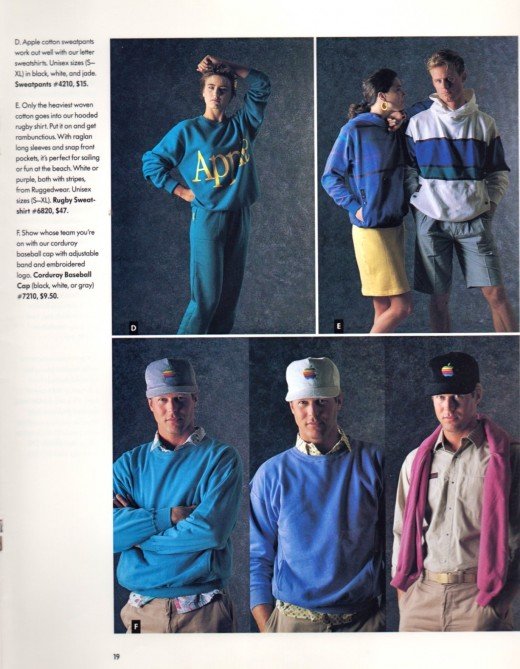 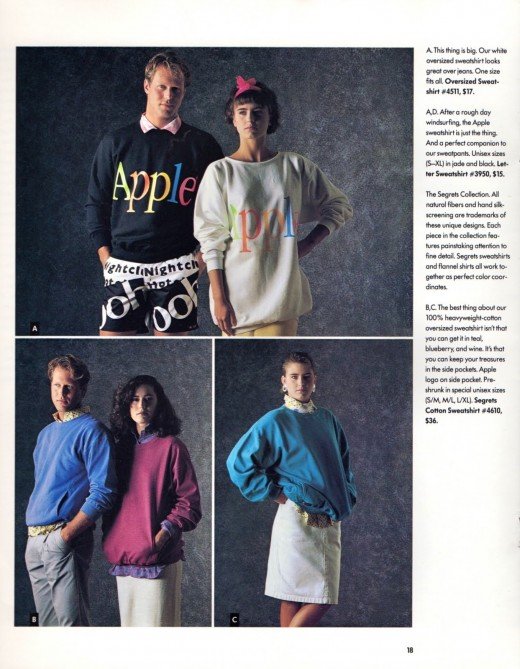 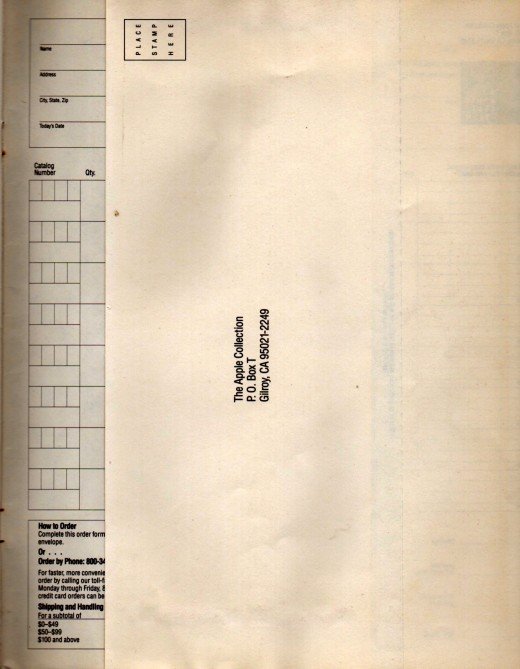