It’s that time of year again. Not the holidays — I’m mean yeah, sure it is, but that’s pretty obvious. No, it’s the time of year when we drive ourselves (and others) a little crazy running around trying to find gifts at the last minute. Especially those pesky stocking stuffers — the little gifts that fill in the gap between “it’s Christmas? Geez, I completely forgot” and “honey, I bought you a Lexus.” 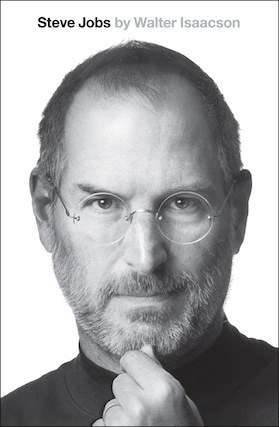 If you’ve got an Apple nut to buy a gift for, and said nut hasn’t already read this riveting bio about one of history’s greatest visionaries, your work is done — this is a no-brainer. And what better way than to read it on an iPad with the eBook version. 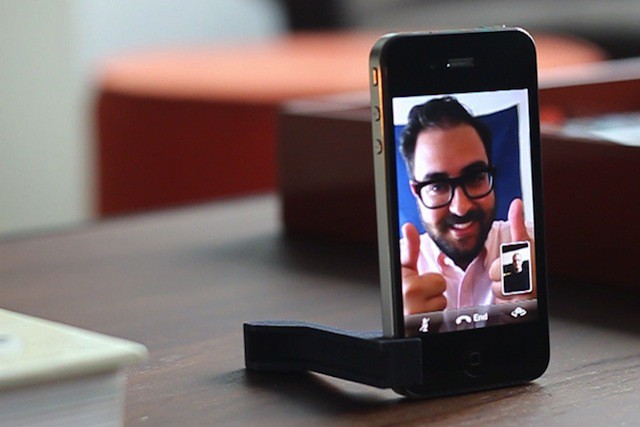 This is one of those Kickstarter projects that just made us think “well, duh” when we saw it. It’s amazing how much functionality Studio Neat, its creator, packed into its tiny form: Besides being able to prop the iPhone up in either landscape or portrait mode (the latter is an unusual find in a stand), it also acts as a tripod mount for the iPhone — a cool trick, especially now that the iPhone 4S has even more bona fide photographer creds. 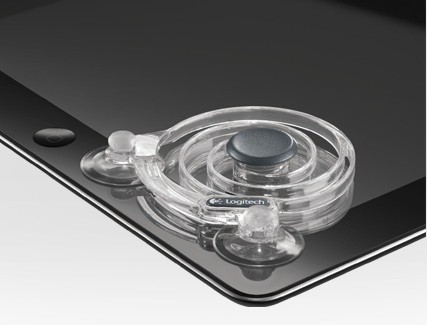 I can’t remember the last time I had as much fun playing Pac-Man as I did when I played it on the iPad at Logitech’s sneak-peak earlier this year. Why? Because I was playing it on an iPad that had Logitech’s Joystick for iPad suction-cupped to it. Makes a huge difference with any game that uses a virtual joystick, and it even comes with its own cloth case. 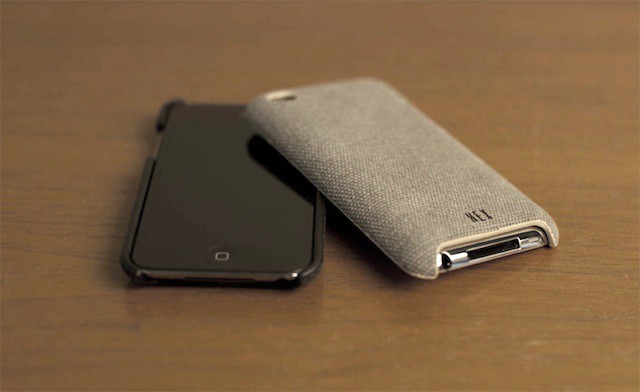 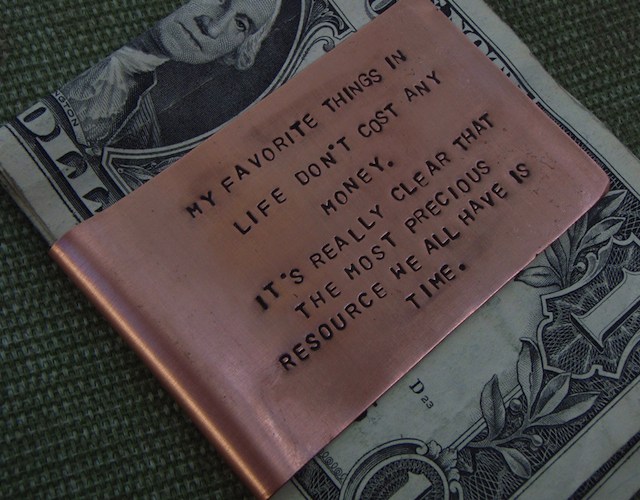 Here’s a hand-made copper money clip by Renee Gardner, inscribed with a quote attributed to Steve: “My favorite things in life don’t cost any money.” Ah, life is full of irony. Or copper, in this case. Or clip.

We thought this was one of the coolest case ideas that came out of CES earlier this year. We still do. Start by downloading Incipio’s free Bespoke app, then pick a design from their deep selection of graphics within the app — or better yet, upload your own design or photo; Incipio does the rest, and ships a brand-new custom case (based off their ultralight Feather case) to wherever you choose.