Despite worldwide economic recession, Apple enjoyed its best non-holiday quarter ever in its 2009 third quarter ended June 27, 2009, the company said on Tuesday.

Apple made a whopping $1.23 billion profit on revenues of $8.34 billion. The gobs of cash came from robust sales of 2.6 million Mac computers (up 4% from last year thanks to a MacBook refresh in the quarter), and blockbuster sales of the iPhone 3GS, which sold 5.2 million units, up an unbelievable 620% from a year ago.

This when other tech companies companies like Nokia are tanking.

“We’re making our most innovative products ever and our customers are responding,” said Steve Jobs in a statement.

– the traditional iPod is on the way out. Apple sold 10.2 million iPods during the quarter, down 7% from a year-ago. The market is saturated and customers are buying iPhones instead.

– Gross margin was an amazing 36.3 percent, up from 34.8 percent in the year-ago quarter. (Dell makes about 5% margins on its products).

– Apple is a truly international. Overseas sales accounted for 44% of the quarter’s revenue. This will jump when the iPhone goes on sale in China later this year. 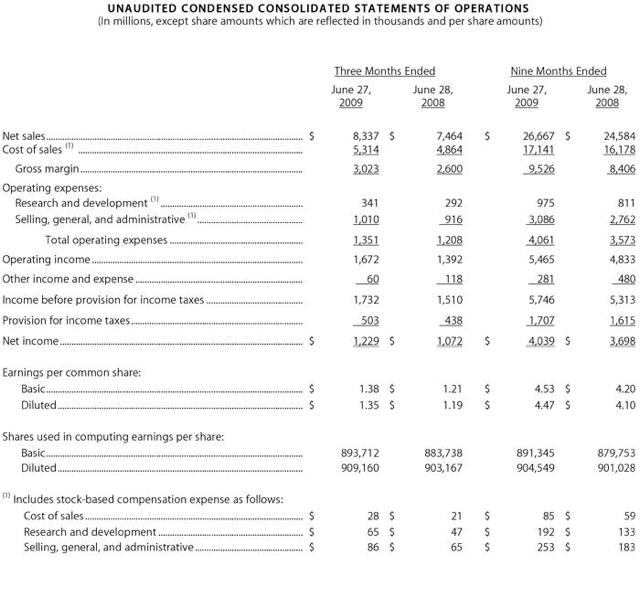 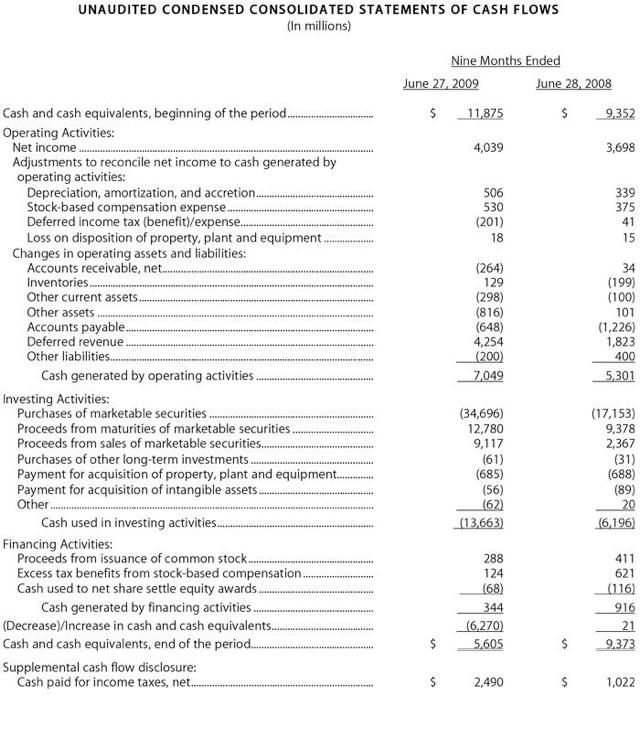 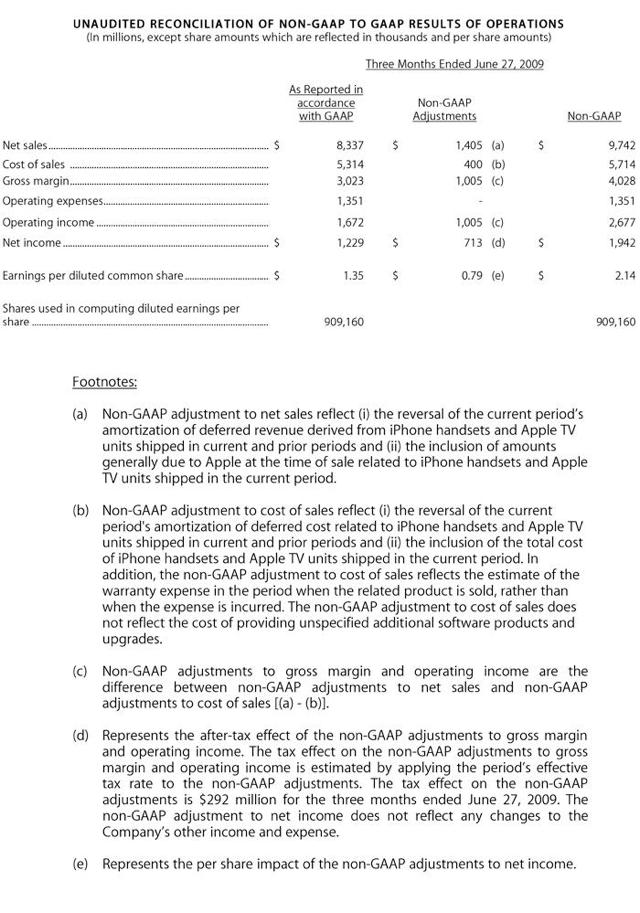