I love iPad 2 accessories that follow the guiding principles of the gadget they were built for. I mean, c’mon — d’you really want to lug around a case the size of a large waffle skillet just to have some keys to type on? Of course not.

The Logitech Keyboard Case by ZAGG for iPad 2 ($100) follows those principles to the letter: It’s light, super-functional and ultra-portable, just like the gadget it was made for.

As our fearless leader says, the keyboard is the thing — and the Logitech case has one of the best out there; it’s certainly the best of any non-clamshell iPad case we’ve tested. The chicklet keys are large and well-spaced. Amazingly, the keys and spacing look just a tad smaller than those on my MBP. No, it’s not the same feel as a full-size keyboard; but it’s damn close.

All the keys are there: It’s got a full shift key on each side, and a bunch of special keys, including cut, copy, paste, picture gallery, search, power, hide/show virtual keyboard and all the volume and track functions. Even the arrow keys are practically identical to those on my MBP.

There’s no weight or size penalty for that great keyboard. It’s barely larger than the iPad itself, and its aluminum body is fabulously light. It’s completely portable, but can easily be put aside in a desk drawer when you don’t anticipate writing much.

Pairing was easy, and there’s a simple power switch on the right side of the keyboard. Bluetooth connectivity was consistently fast and reliable. The rechargeable battery is juiced up through a micro-USB port, and battery life came in at over two weeks of good use; not bad, seeing as this case was a favorite and saw a lot of use.

Here’s a trick not many iPad keyboard cases can pull: The Logitech keyboard has no problem accommodating the iPad in portrait mode. Because it has a fairly large, solid base, it actually works perched on a lap, or in other awkward positions — though it’s not as good at this as the clamshell cases,

Removing or placing the iPad in the case couldn’t be easier. The iPad is held in place via a friction fit, and once in, it stays put. Getting out is just a matter of sliding your fingertips in the space between the iPad a large cutout in the frame. The iPad also wakes upon removal.

With its bead-blasted aluminum shell and black interior, the Logitech keyboard case is, aesthetically, an exact fit for the iPad — it actually looks part of the package.

There’s no light for the capslock button.

The top of the lip tends to get in the way a little on occasion. It’s not nearly as big a deal as I’d thought it would be before I ever tried the keyboard, but it’s there, and I’m sure it’ll be an issue for some.

While the case doubles as a cover for the front of the iPad 2, there’s no protection for the back. And while it didn’t exactly scratch easily, I would still wish for a little more protection on the back. ZAGG sells covers for about $20.

Like the iPad, this keyboard is light, adaptable and functional; not a slapped-on afterthought, but a working partner that gets the job done with very little penalty. 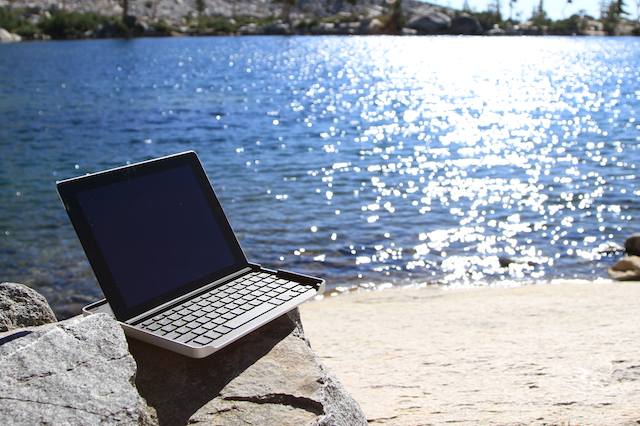 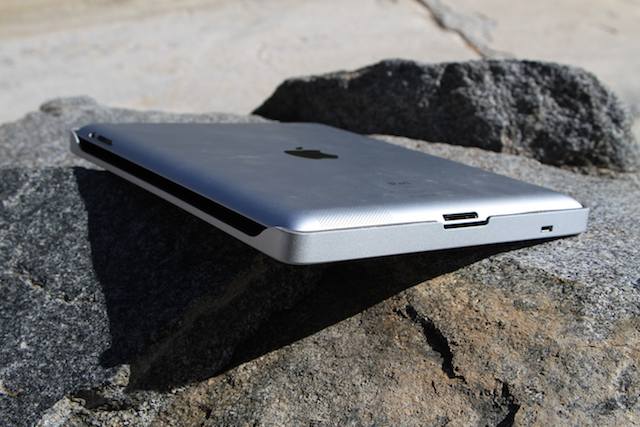 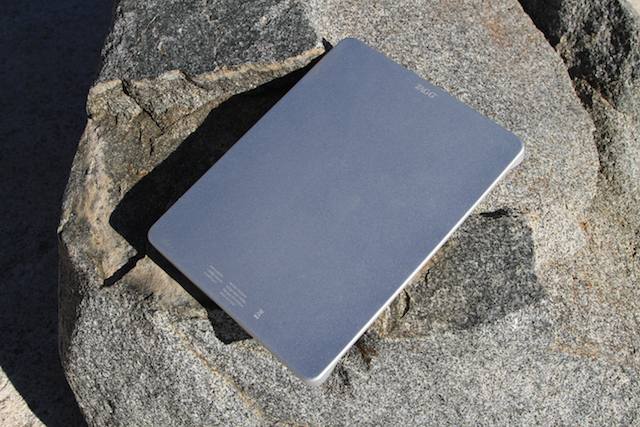