One of the absolute worst aspects of my television-watching endeavors has been the confusing use of multiple remotes. I’ve tried universal remotes but there’s always some function I need from DVD remote or DVR that is missing on the universal remote. Stepping up to the plate, the Griffin Beacon ($80) erases the need for five different remotes by providing users with one of the best universal remotes on the market, and interfaces it though iOS.

The Griffin Beacon is a small black box — comparable in size to the Apple TV — with a small black pebble on top that communicates with all your multimedia device which is in-turn is operated via an iOS device. Powered by four AA batteries, the Griffin Beacon can sync to your iPad, iPhone or iPod Touch via Bluetooth and control over 200,000 entertainment devices via Griffin’s free Dijit app.

Setup of the device is very straightforward and easy. After getting the Beacon powered on and your iOS device connected, there’s a short walkthrough to chooses which devices you want to control and finds the proper remote for each device. Finding the right remote takes just a few seconds and you’re ready to go.

Dijit is the keystone to the entire experience, as it bridges your iOS device to the Beacon. The interface for Dijit is great. The ability to switch between different remotes quickly is very nice. You can also create “Activities,” which is Dijit’s way of providing one touch access to a preconfigured action. Let’s say you want to set up a “Watch a Movie” Activity. Within Dijit you can press one button and it will turn the TV to the right input, turn on the DVD player, and increase the volume on your stereo. It’s pretty rad, and makes one feel like they have a fancy high-end automation system, except it’s only $80.

The Griffin Beacon doesn’t need to be handled and can be hidden in a discreet location.

Netflix Instant Queue support is great for those who, like me, have a hard time deciding which movie they want to stream, leaving others in the room bored while trying to make up your mind.

Disposable batteries are so 1999. It’d be nice if the Griffin Beacon could be plugged into a wall outlet that’s within sight of the TV. Because it’s running via Bluetooth the Beacon uses a considerable amount of juice compared to a regular TV remote (Griffin says its batteries should last two months). Throwing in a rechargeable battery pack would have been nice.

The Griffin Beacon can pair up with eight different devices, but it will only switch between two devices. It’d be nice if two devices could be connected to the Beacon at the same time. It’d make for some interesting remote battles that’s for sure.

The Griffin Beacon is the first universal remote for the iPhone that is actually really good. Even though you’ll need to keep a cache of AA batteries in the house, the opportunity to get rid of all your annoying remotes makes this little gadget something every avid TV watcher should consider if they own an iOS device.
[xrr rating = 80%] 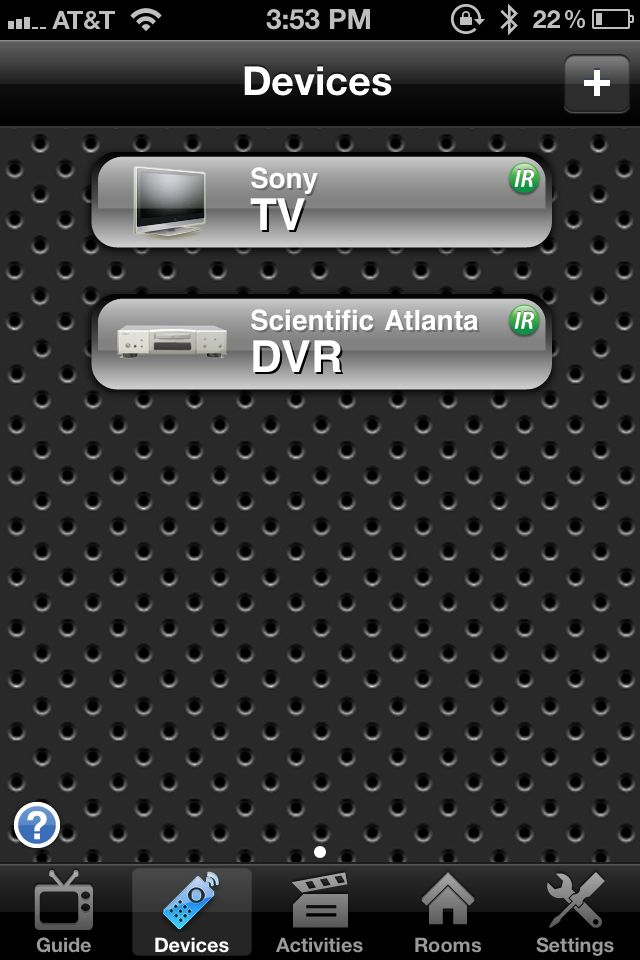