With notifications rumored to be a big part of iOS 5, Peter Hajas, the developer behind MobileNotifier for jailbroken iDevices, has reportedly been hired by Apple.

According to RedmondPie, Peter made a tweet in late May to say that he was going to California to work at a “fruit” company, most likely Apple. Not only that, but he made a post on his blog to let everyone know that he’ll be taking a break from MobileNotifier to work on other things.

With WWDC just a few days away, more and more people believe that iOS 5 will incorporate a major new notification system. Should Peter Hajas be someone behind the new system, MobileNotifier may be a small preview of what we might see come Monday.

RedmondPie has received a screenshot of Peter Hajas in Apple’s Directory System: 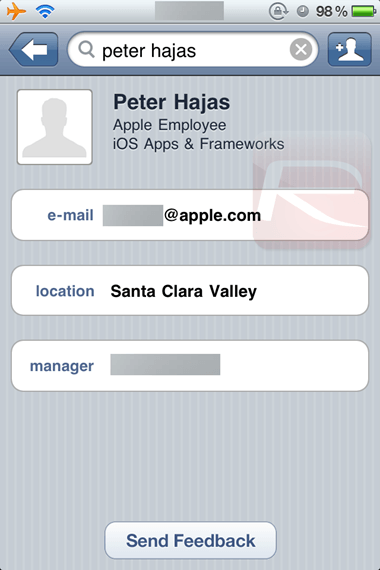 Monday should be very interesting.