The president of the New York Federal Reserve Bank came under fire after a comment that sounds oddly like the 2.0 version of “Let them eat cake.”

President William Dudley was peppered with questions about food prices from the public during a meet-and-greet session with business leaders in Flushing, Queens. As they asked him about issues of the day, ranging from oil prices to employment forecasts, they began to accuse him of being out of touch.

As he tried to explain how rising commodity prices translate into supermarket sticker shock, the audience asked him when he actually did his own food shopping last. 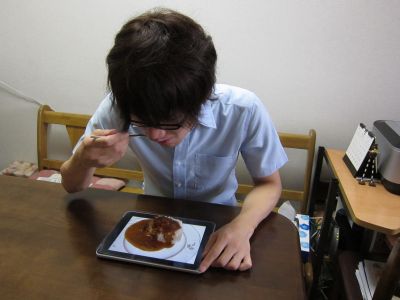 So Dudley tried to relate with an everyday example, perhaps closer to his own life.

“Today you can buy an iPad 2 that costs the same as an iPad 1 that is twice as powerful,” he said referring to Apple Inc’s latest computer hitting stories on Friday.

“You have to look at the prices of all things,” he said.

Reuters reports that the crowd guffawed and rumbled at his remark, with one audience member calling the comment “tone deaf.”

“I can’t eat an iPad,” another quipped.