Beloved teen detective Nancy Drew is racing her blue roadster into the digital age with a new interactive iPad game. 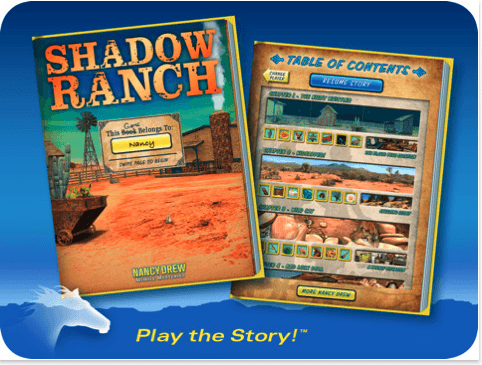 What that may translate to for parents: a few precious hours of quiet time as your kid plays with 20 hidden object games and a bunch of other mini games across eight chapters.

It’s the first in a series of titles dubbed Mobile Mysteries that developers Her Interactive will make around the Nancy Drew license.

The crime-solving kid has long been fodder for video games –as the number-one PC mystery franchise since 2004, unit sales of the Nancy Drew series have exceeded those of Harry Potter, Myst and Tomb Raider, devs Her Interactive say.

One reviewer, whose own daughters age seven and 14-year-old were entertained by the book for a few hours, called it “pioneering work.”

Hopefully, they’ll make more for grownups. It reminds me of a Raiders of the Lost Ark game I was hooked on circa 2003.

Number of comments on this postLeave a comment
Posted in: News Tagged: iPad, iPad apps