Here at CES the company debuted three iPod boomboxes that dispense with the ubiquitous speaker dock in favor of a simple USB port at the back. That means the boomboxes are still iPod/iPhone compatible (via the standard USB cable), but aren’t dominated by a dock on top or up front.

So why dispense with the dock?

“The iPod really dictates the design,” explained TDK spokesman Tren Blankenship. “You have to put it front and center. Losing the iPod allowed us to make something nice and clean.”

They sure are nice and clean, featuring nothing but speakers, dials and small LCD panels on their austere black facias. They look great — big and heavy and very distinctive. True boomboxes. They are very well made.

The line features the massive $499 Three Speaker Boombox that’s capable of filling CES’ massive halls with sound. “We had it playing when we were setting up,” Blankenship said.”It filled 26,000-square-feet. We had it playing all day. It was crazy.” 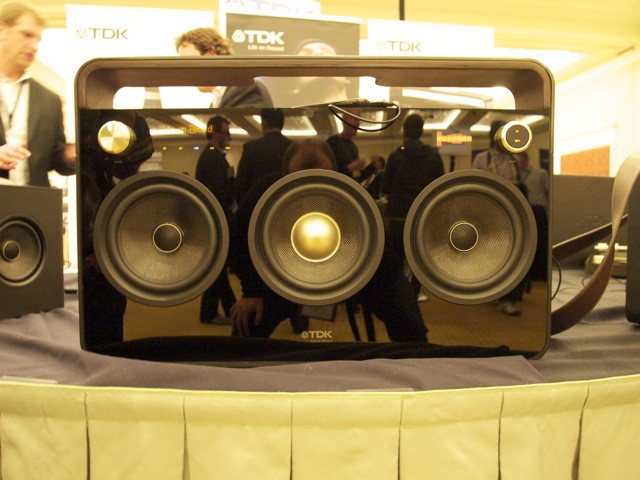 Plugging the iPod in via a cable actually makes it easier to control. It can be picked up and held in the user’s hand, rather than sitting at an awkward angle in a dock.

The USB port can also be used to play music off of flash drives or hard drives. There’s also a 1/4-inch instrument stereo input and RCA jacks.

The line was designed in conjunction with Portland-based design house Ziba.

Remember TDK, the ’80s tape manufacturer? It was famous for the awesome TV ad of Pete Murphy from Bauhaus getting his hair blown back while listening to Night on Bear Mountain on a badass stereo. 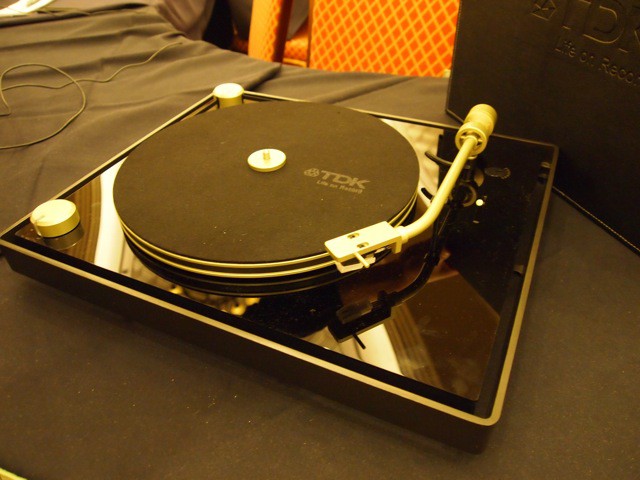 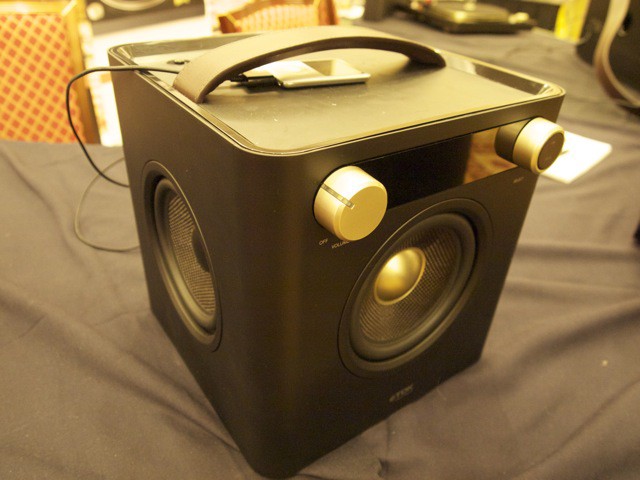 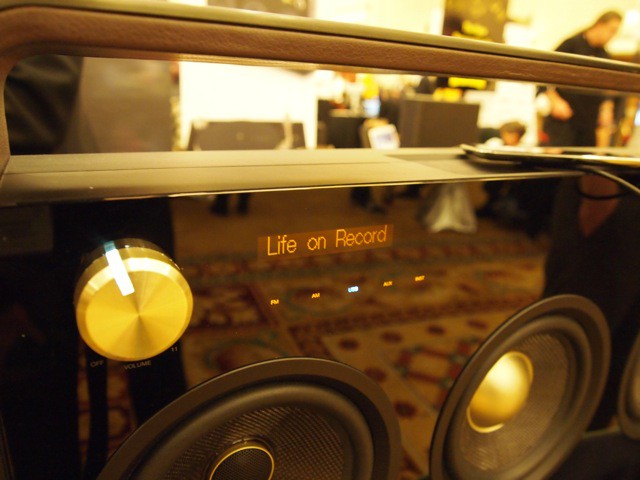 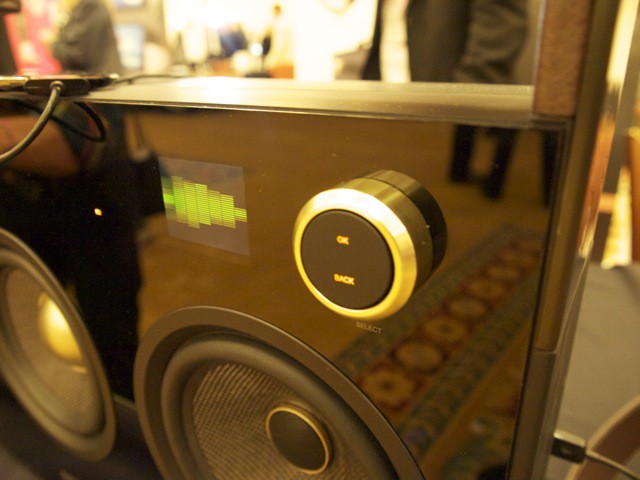 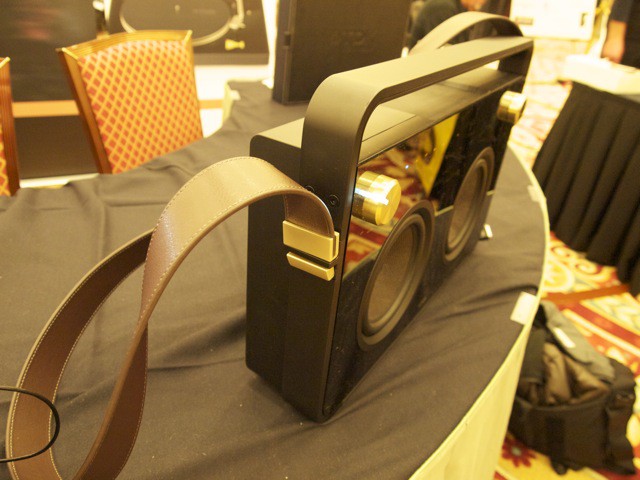 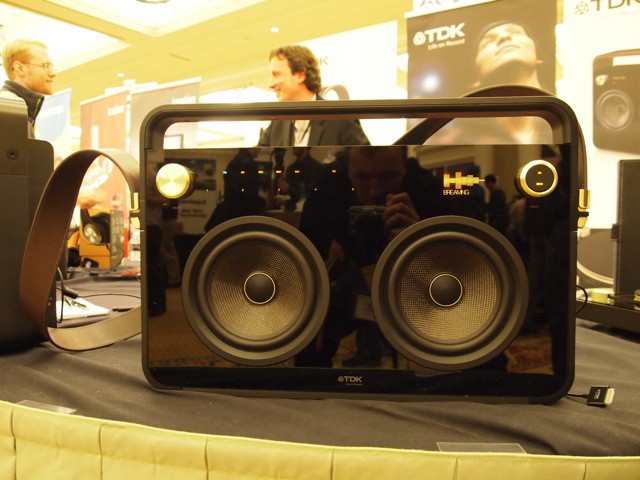