Photo effects apps are two-a-penny on the App Store now, so if your photography app is going to make a splash it needs to offer something more than just whimsical visual effects and a selection of fake-Polaroid borders.

Pinhole Camera claims to turn your iPhone into a digital pinhole camera. It’s quite fun to use, mocked up like a home-made pinhole cam made of sticky tape and cardboard.

But what sets it apart isn’t the basic photos – it’s the double exposure feature that lets you merge two photos into one.

Pinhole Camera offers a choice of 3 virtual films (Hipstamatic-style) – one black & white, and two color. No matter which film you use, the photos are squared off, edged with a straight black border, and strongly vignetted. The effect isn’t unpleasant, but if you’ve tried lots of photo effects apps, it doesn’t feel that original either.

Things get more interesting when you tap the “Double exposure” checkbox in viewfinder mode. You control when the two exposures are made, manually touching the shutter button for each one.

That means you can have fun by either taking two images of the same scene with one very small alteration; or two images of completely different views. Pinhole Camera merges them together neatly and the effects can be very entertaining. 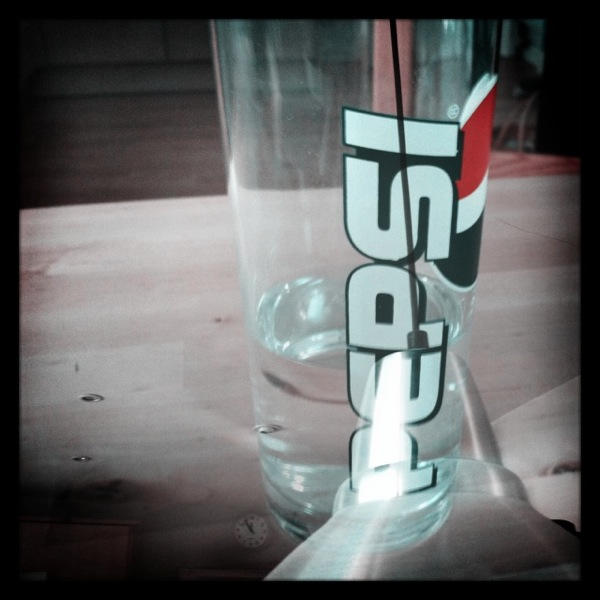 I don’t think the images you get from Pinhole Camera look very much like those you’d get from a *real* pinhole camera. But the double exposure effects are fun. For that reason, I think Pinhole Camera is a dollar well spent and offers plenty of scope for creative photography.